Around 9:30 in the evening on January 21, a fire broke out on a boat at Butler's Marina in the Eastport neighborhood of Annapolis. The boat is a Tartan 46 that had several modifications made over the years, including a hard top over the cockpit. The marina quickly cut the power (shortly after the picture of the fire was taken, the lights on the lighted boat in the background went out). Other liveaboards in the area rushed to the scene with fire extinguishers, but the fire was too fast. Firemen were on the scene within five minutes of receiving their phone call, but the flames had already engulfed the cockpit. While they were putting water on it, the mizzen fell. 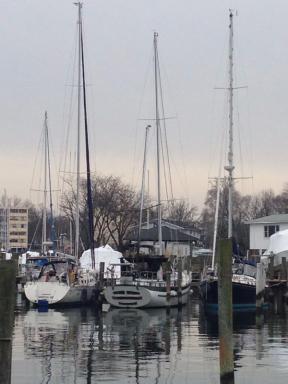 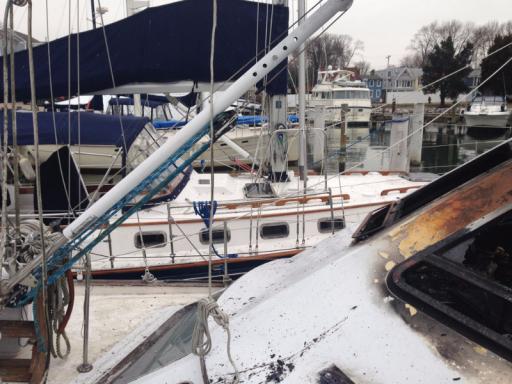 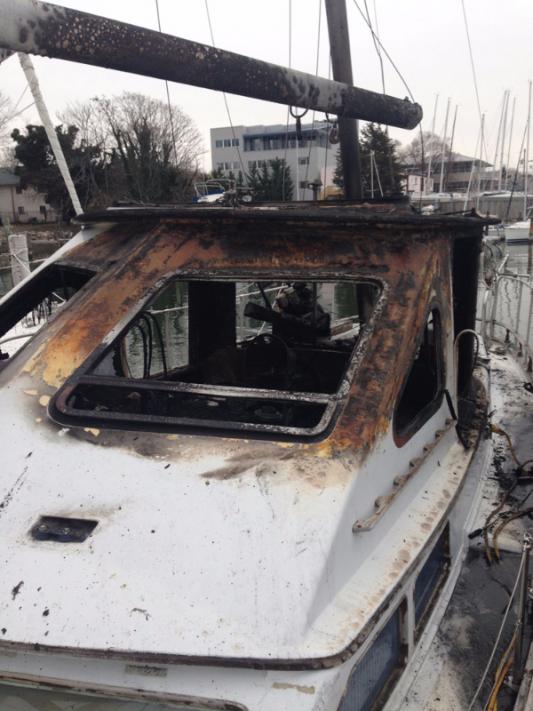 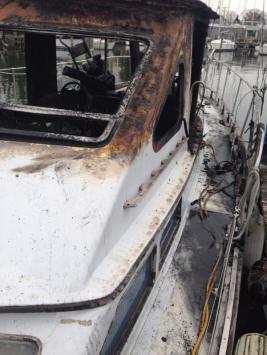 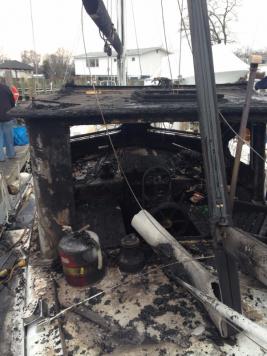 We spoke with the boat's occupant this morning. Luckily no one was hurt. The fire was most likely due to an arc fault, a high power discharge of electricity that translates into heat, and can break down the wire's insulation and cause an electrical fire. Despite the size and intensity of the fire, belowdecks remain in good condition. The owner plans on keeping the boat and restoring it.

Thankfully no one was hurt, and the fire was contained to the one boat. Big thanks to the Eastport Fire Department for their quick response.