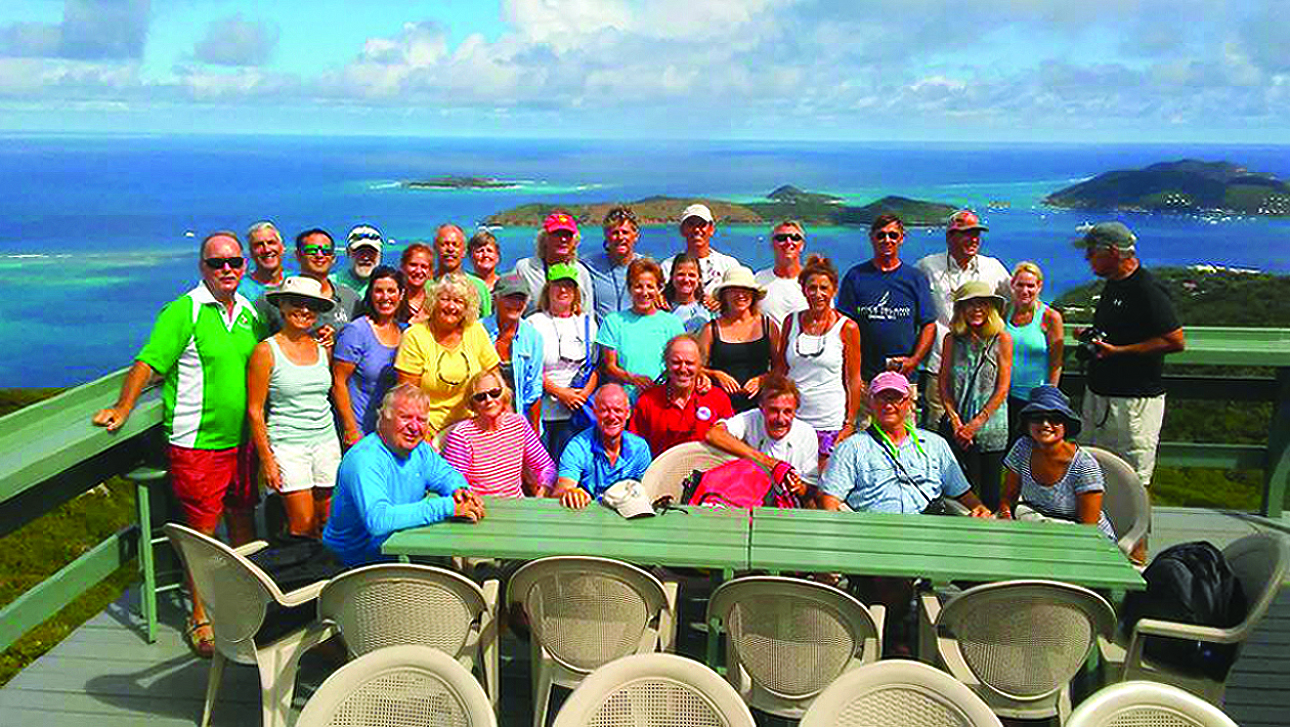 Eighty-one vessels departed from the East Coast in early November bound 1400 miles for the Caribbean as part of the 2016 Salty Dawg Fall Rally. Most rally participants departed from Hampton, VA, with their sights set on the Bitter End Yacht Club in Virgin Gorda, British Virgin Islands (BVI). Since 2011, more than 390 boats and 1560 sailors have participated in the Salty Dawg Rallies, which enable skippers with open ocean experience to travel together in company and emphasize safety, communication, and camaraderie.

In keeping with the Salty Dawg’s traditional rolling departure date, this year’s fleet broke into two camps as they made plans to avoid a front rolling off the East Coast. The first group left around November 1 amid mild winds that led to an early combination of sailing and motor sailing. A short period of 25- to 30-knot winds from the north followed by favorable winds in the teens to low 20s enabled steady sailing for the fleet in the middle of their trip. A mix of variable winds and moderate trades graced the final few days to the Caribbean, making for a comfortable passage on the whole.

The second half of the fleet delayed its departure until November 5 due to possible strong winds on the back side of the front. This group of vessels experienced more consistent winds and also had a favorable and timely passage.
Of the fleet of 81, a few went to the Bahamas or Florida while most headed straight for Virgin Gorda. Four of the vessels sailed north from Bequia to join in the fun at the Bitter End Yacht Club. 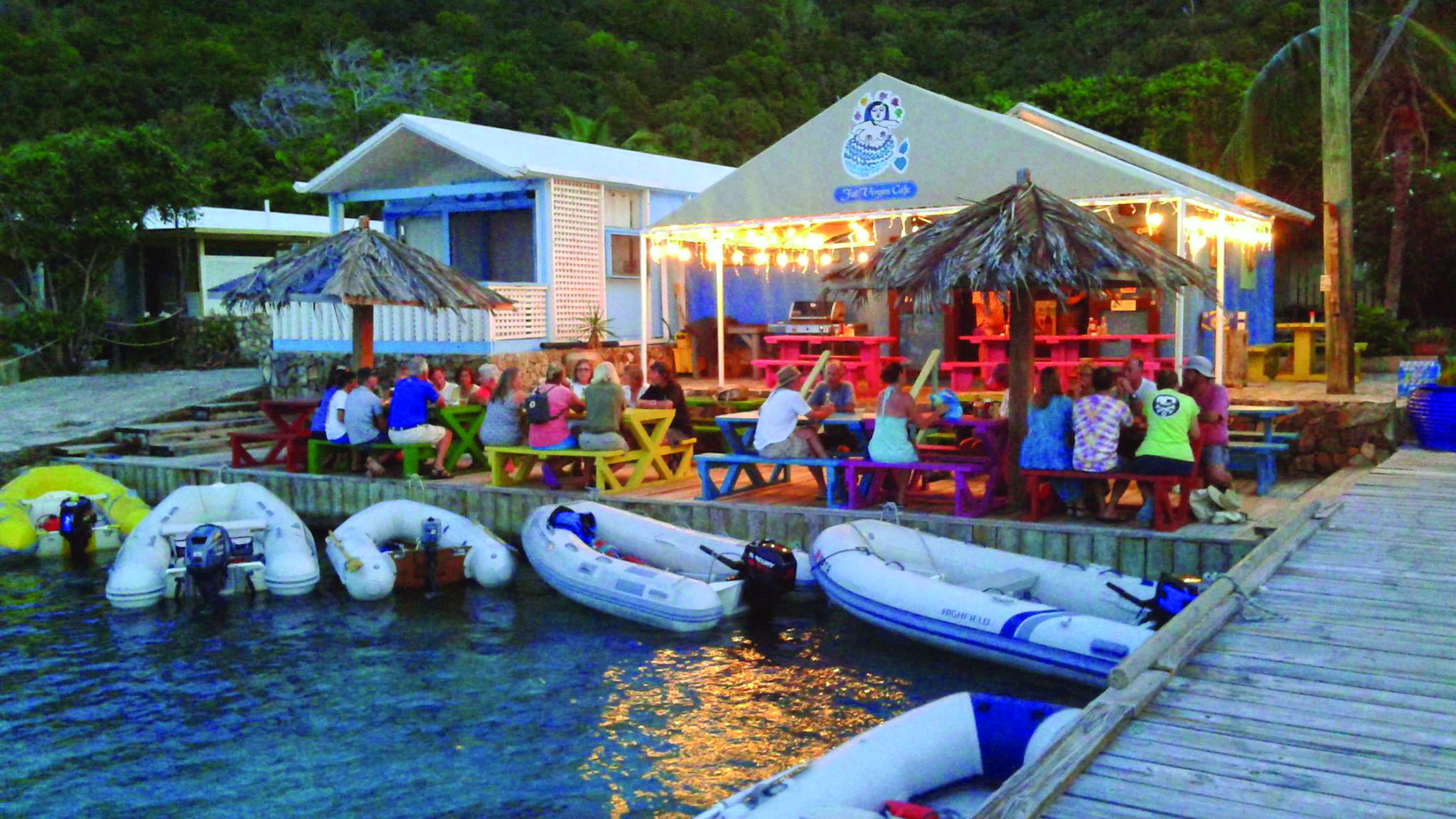 Offshore, as always, sailors experienced moments of glory, moments of challenge, and moments of good fishing. Crews on Peter Ryan’s Westsail 32 Onapua and Steve Dwyre’s Oyster 46 Willow posted daily logs of their passages. They reported several squalls in early parts of the passage along with a lot of fine sailing. The usual casualties—broken shackles and the like—made their appearance, and occasionally big waves shared their salty wealth with the boats and crews. The crew of David Crafa’s Hylas 54 Vanishing Point posted a photo of a mahi-mahi caught en route while the crew of Annie Gardner and Eric Witte’s Catana 472 El Gato celebrated being “halfway to paradise” with Moscow mules and fresh tuna.

Patty Moss and Peter Farkas sailed their Outbound 44 Serendipitous from Hampton to Virgin Gorda for the first time as part of the rally. The nine-day passage treated them kindly with beautiful seas, enough time to adjust to a regular watch schedule, and as with many blue water cruisers, a few hiccups. After finding a fuel leak about an hour outside of Virgin Gorda, Moss said, “We sailed into North Sound, and a dinghy helped us pick up the mooring ball. Another boat needed help about the same time as us with transmission issues, so the Dawgs were already preparing to help. We appreciated all the support.”

Naturally, an odd event or two punctuated the passages. The crew aboard Melinda Piuk’s Caliber 40 LRC Rockhopper had carefully stowed their spinnaker, lashed in its sock, to the lifelines. Alas, Mother Ocean paid no heed as a large wave ripped it from the lifelines and into the sea, where it promptly deployed, with the sail, sock, and line trailing 150 feet aft. 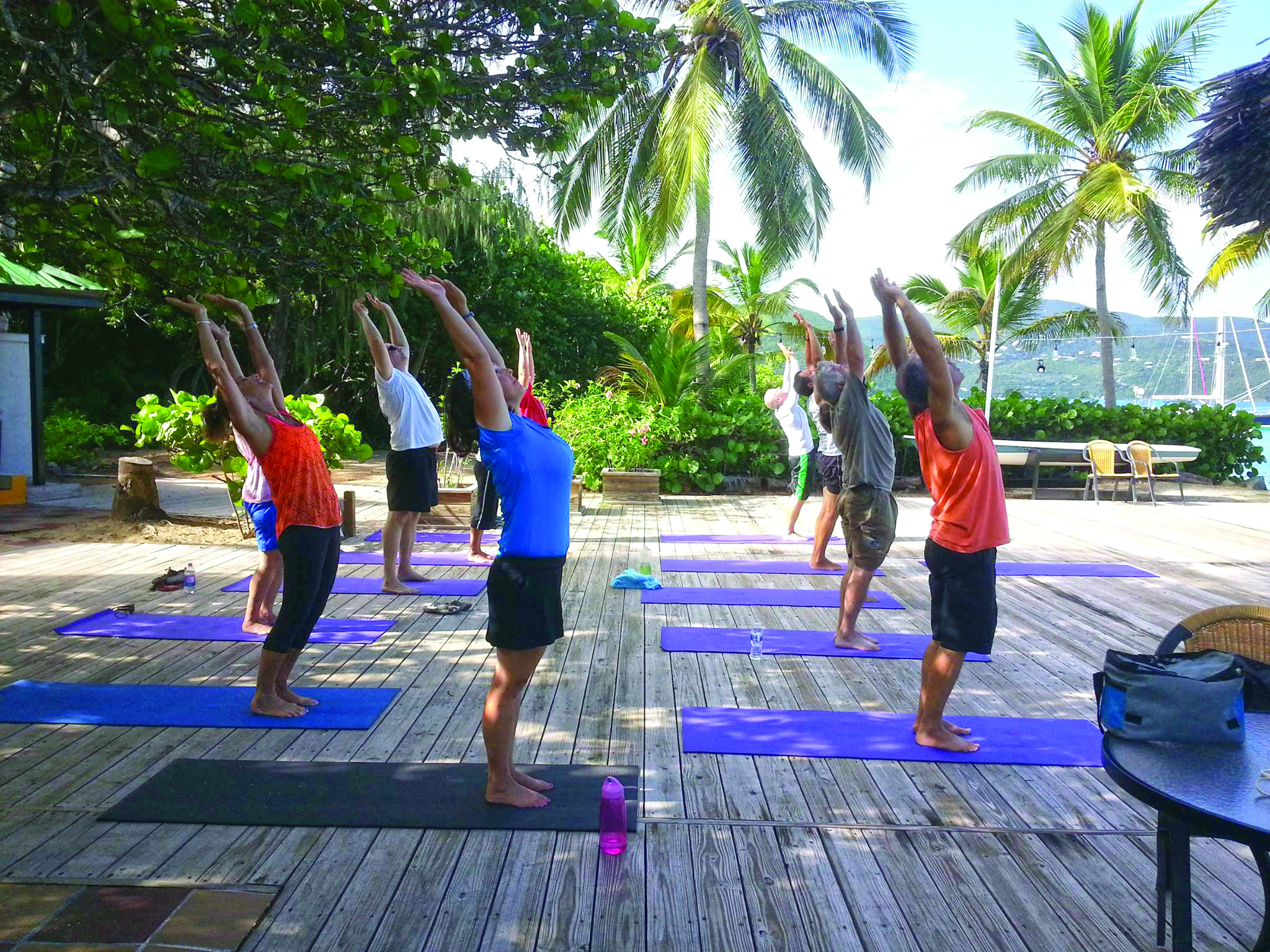 These stories and more were shared by the hearty skippers and crew who arrived at the Bitter End Yacht Club, where a full schedule of social activities encouraged sailors to get to know one another and their new digs in paradise. Highlights of the shore activities included morning yoga and evening happy hours. Afternoons often found Salty Dawgs helping each other fix their boats. The Dawgs celebrated Thanksgiving with a potluck on Prickly Pear Island. Before setting off on their separate ways, Salty Dawgs rejoiced one last time with a happy hour at Hog Heaven.

Even after the festivities at the Bitter End, Salty Dawgs continued to meet up with each other. Moss said, “When we headed over to the USVI, it was a pleasant surprise to moor next to three other Salty Dawg boats. While I enjoy some quiet days of cruising, I also did not want to feel isolated. Meeting the Salty Dawgs has met my expectations of a cruising community. We have made new friends and are looking forward to crossing paths with them.”