A fleet of four boats left Hampton, VA, on the morning of June 24 on a circumnavigation of the DelMarVa peninsula with stops in Chesapeake City, the Sassafras River, Baltimore, Annapolis, Solomons Island, and Indian Creek. This 2017 DelMarVa Cruise was organized by Jonathan Romero as a low-cost option for cruising DelMarVa. Six months of seminars and preparation preceded the cruise, and sailors were rewarded with beautiful blue water sailing and a surprisingly pleasant passage up the Delaware Bay. While in the Chesapeake, the fleet took in the best that several ports had to offer, and camaraderie and good times ran high. 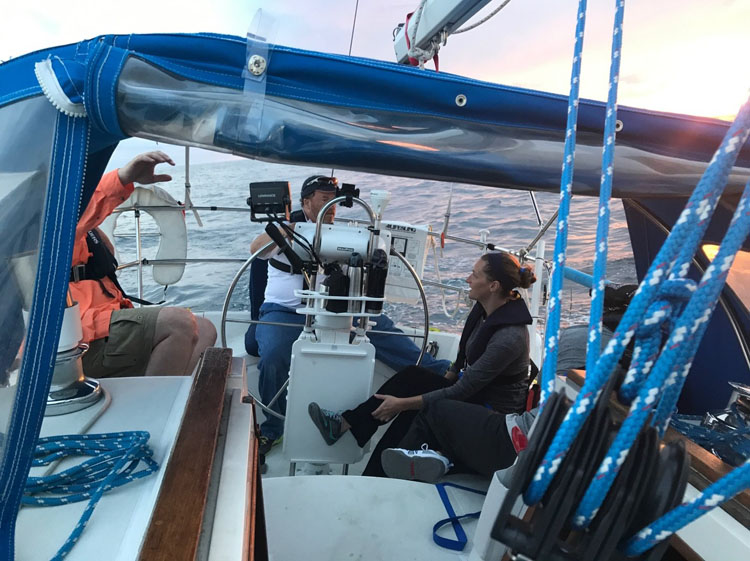 After many months of offshore sailing seminars and cruise planning, and waiting out a storm front, the small fleet left Hampton on Saturday, June 24 bound for the ocean to start the DelMarVa cruise. The offshore leg of the trip included a non-stop 220-mile Atlantic Ocean passage from the mouth of the Chesapeake Bay to Chesapeake City in the C&D Canal. The fleet sailed the counterclockwise route to optimize the prevailing southwesterly winds while navigating the offshore and Delaware Bay segment. 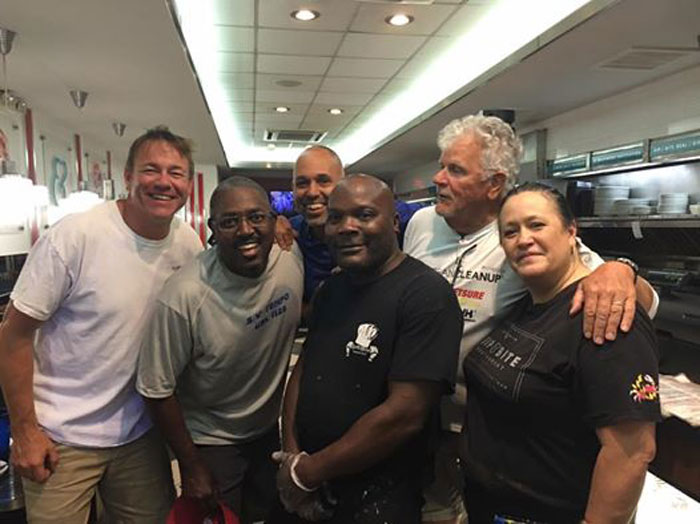 During the offshore leg of the trip, we were able to carry full sails, clocking over nine knots of boat speed several times during the journey. When boat speed fell below four knots, per our cruise plan, we turned on the iron genny and motored, which we did for approximately eight hours during the over 40 hours of offshore sailing. For our offshore leg, we decided to sail about 20-25 miles straight east before turning north to the entrance of the Delaware Bay. The wider waves and four to six foot swells on the ocean were a soothing change from the usual chop of the Chesapeake Bay. 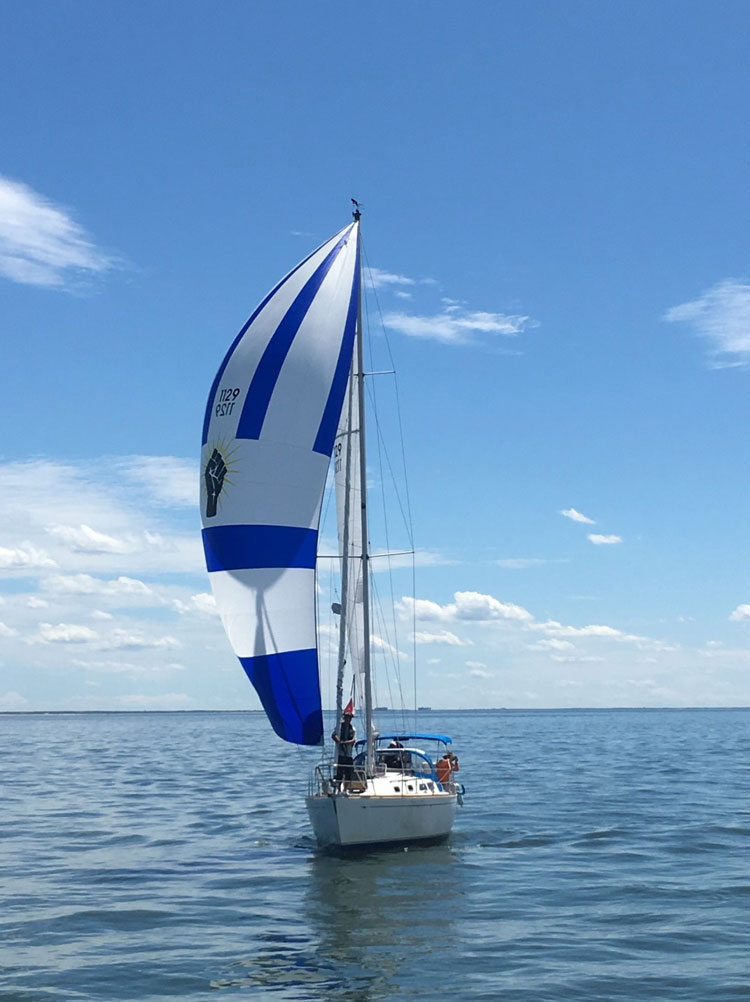 We planned on motoring much of the Delaware Bay, which is known for fast currents, tough and unpredictable conditions, lots of shipping traffic, and shallow waters. To the fleet’s surprise, we were able to sail the entire Delaware Bay, flying the spinnaker for several hours at a time. With favorable winds and currents, we only doused our sails when we entered the mouth of the C&D Canal!

From there, the fleet split in two. Some anchored in the Sassafras River, while others made their way to Baltimore, where we made a night of it, exploring much of what Baltimore had to offer. 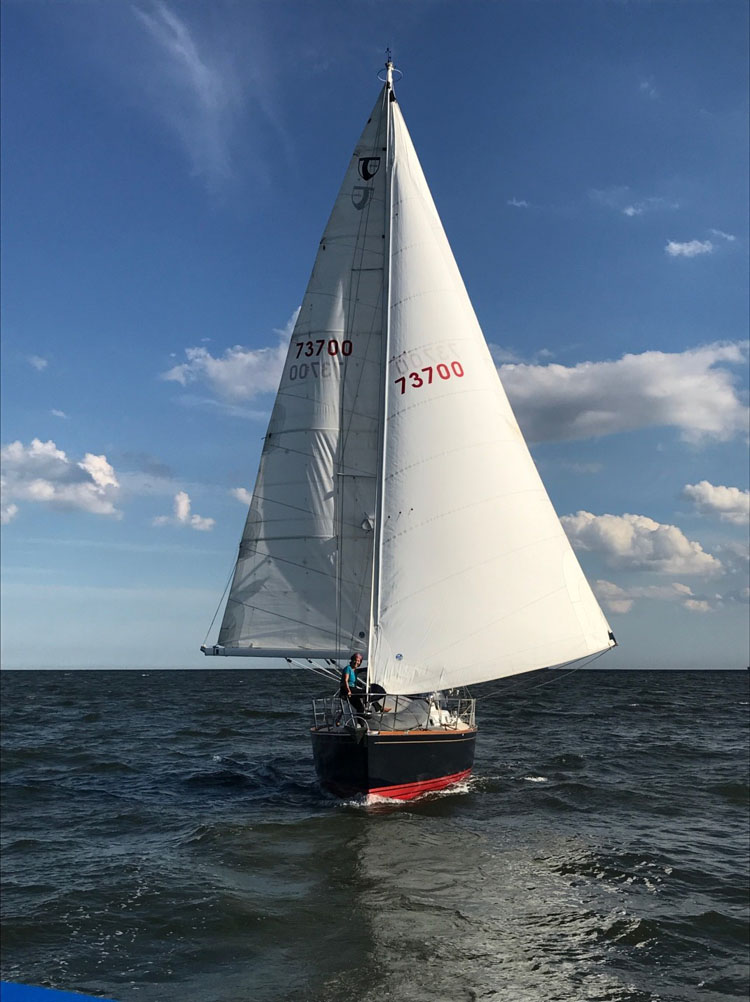 We then snagged a mooring ball after our sail down to Annapolis and enjoyed two days exploring the town and repairing the boat (with tremendous help from Ham, the local TowBoatU.S. honcho). Pushing off from Annapolis, we slogged it out on a motorsail with southerly winds and confused seas to arrive at Spring Cove Marina in Solomons around 2 a.m. Further stops included the Indian Creek Yacht Club, Deltaville, and finally back home to Hampton. 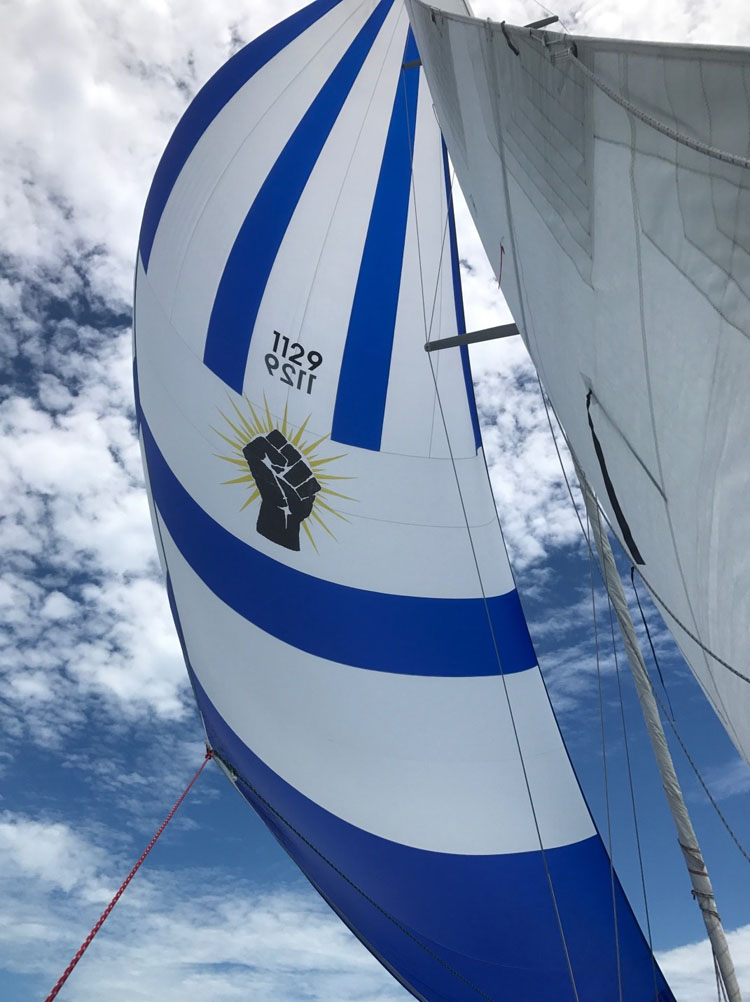 This cruise mixed the best elements of our more familiar Chesapeake Bay cruises with an offshore element to bring two different sailing experiences together. We enjoyed some wonderful sunrises, sunsets, and stars at sea.

We truly had a blast on this trip, and are looking into doing a Hampton to NYC cruise next season. Stay tuned.