A very light morning breeze graced Day One of the ARC DelMarVa Rally the morning of Sunday, June 19. Despite the wind's slow start, SpinSheet's Al Schreitmueller captured photos of 24 excited departing crews for the 450-mile-long, counterclockwise circumnavigation of the DelMarVa Peninsula, which will last all week long. The rally is divided into several legs, with room to wait for weather windows as the crews were doing at Portsmouth last we checked in. Waiting for a good window of weather for the offshore leg is quite common--and ralliers maintain that they enjoy relaxing in Portsmouth and getting to know fellow sailors.

Participants hope to depart on leg two on Wednesday. Organizers at World Cruising Club said: "There appears to be a large enough window from early Wednesday morning until later Thursday evening when conditions appear ideal for a run up the coast - westerly winds behind the first front, backing to the southwest ahead of the second front, which is in fact weaker than the first. Those conditions would offer reaching and broad-reaching weather all the way to Cape May, allowing an arrival by mid-afternoon on Thursday and ahead of the next cold front."

Here are a sampling of photos below. Find the rest of them here. Fair winds and following seas to our rallier friends! 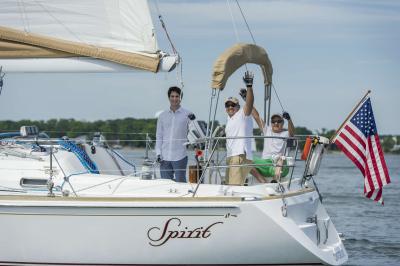 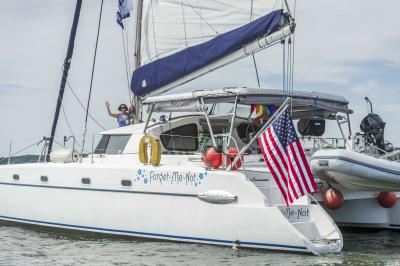 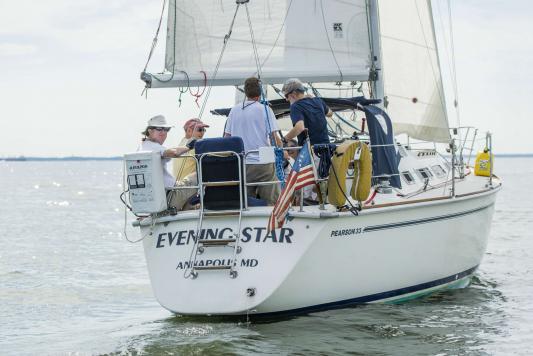 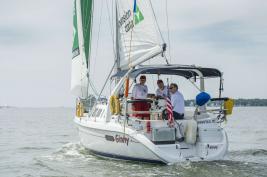 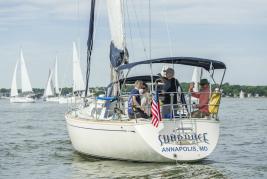