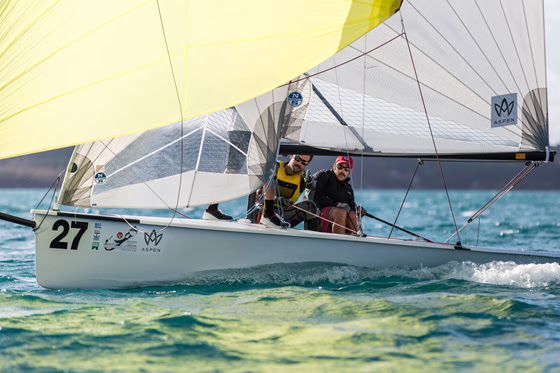 With three bullets in the six-race regatta, Horowitz and crew won through consistency and the ability to perform in both light and heavy air. The regatta started out with very light winds in the 5-7 range, but soon picked up, even delaying racers on shore while things settled.

“Boat breaking conditions” is what competitor Nick Lounsbury labeled the second day of the regatta. With the wind at noon at 32 knots, gusting to 43, sailors were put on standby until 1220 at which a final decision was made to cancel for the day. Teams headed in for some shore discussions and general amusements.

Some boats took the opportunity to pack up and head home early, while others took the opportunity to practice in the heavy wind. The top speed for the day at 16.4 knots came from Travis Yates, Mike Meighan, Dave Hillmyer, and guest Lara Dallman-Weiss who were awarded with both the daily speed record (accompanied by a bottle of Australian wine) and the entertainment of the day.

On the third day of racing, winds had tempered a bit  in the morning, but soon climbed to the mid-to-high teens., and RC was able to get off four races.  Horowitz and team's one throw out was a fifth, and they finished the regatta with just 10 points.

The regatta featured great photos and videos by the Bermudan videographer Beau Outteridge, whose brother Nathan is also a pretty talented sailor.  Thanks, Beau. 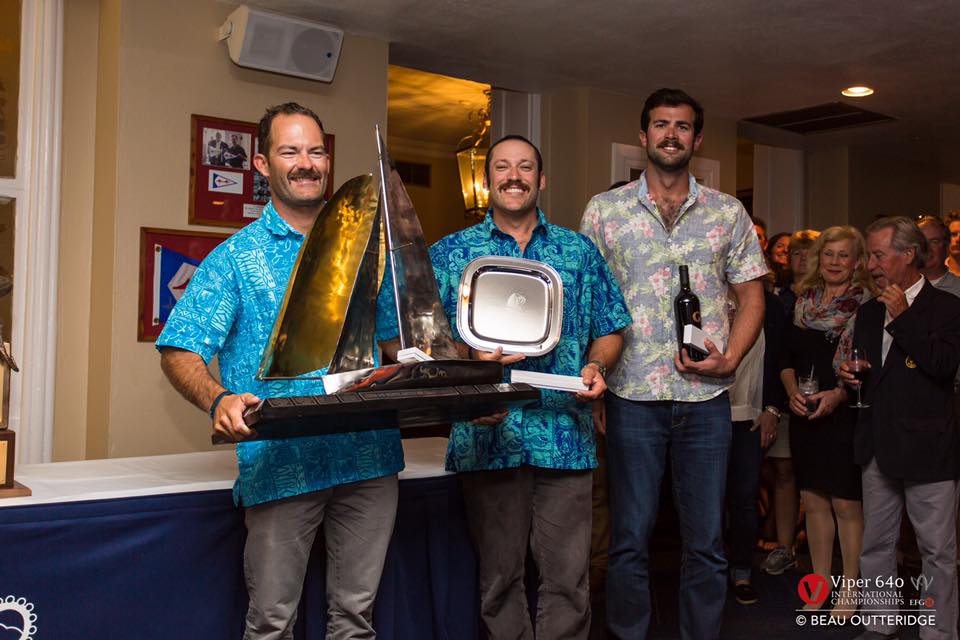 From the press release:

Their yellow spinnaker, now a familiar fixture at the front off the fleet, let the rest of the sailors know that this trio was out to win both the Aspen Viper 640 International Championship sponsored by EFG as well as the Viper 640 North Americans being sailed for at the same time. “Sure, it’s great to be at the top of the results,” said Horowitz, “but it’s equally as great to be here sailing on these beautiful Bermudian waters among the 40 other Viper 640s that are racing.”

Over forty Viper 640s have been racing including local boats, boats from the U.S., Canada, Great Britain, and Australia. While not technically a World Championship, the racing is as high-level as one could expect at such an international event.

Eventually, the regatta was blown out.

For more details, photos, and videos, check out the Facebook page for the Aspen Viper 640 International Championships.