Is It Chessie or Pig Nose the Sturgeon?

Who's been looking for Chessie? Looks like his cousin has turned up in British Columbia! Check this out from the Washington Post ... and found through the Chesapeake Bay Foundation's FB page: 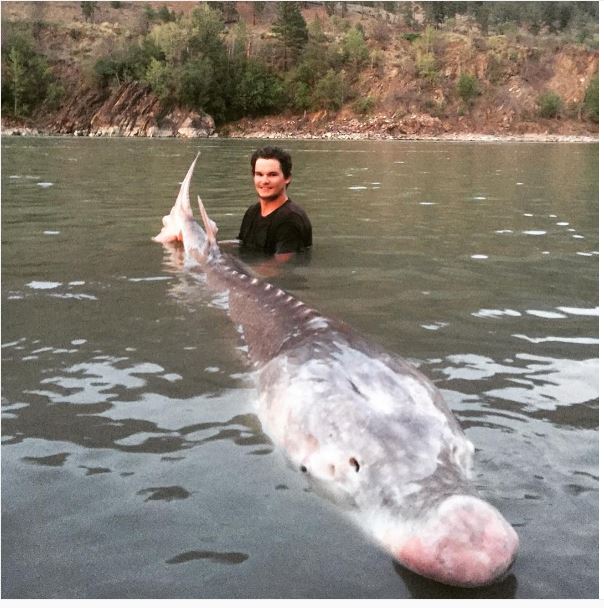 "The Loch Ness Monster. The Kraken. Moby Dick. Pig Nose...  Most probably haven’t heard of that last one, but like the other monsters of the deep, the Pig Nose has long eluded humans. The only difference is that it’s actually real.

The Pig Nose is a gargantuan sturgeon — more than 10 feet long, 5 feet in girth, and weighing about 650 pounds — that lives at the bottom of the Fraser River, the longest river in British Columbia.

This particular fish earned its nickname from its stubby, pink nose, the front of which must have been lost in an accident or a fight at some point in its life, which has spanned at least 80 years, according to Atlas Obscura.

Unfortunately, seeing a fish even close to that size is incredibly rare today.

The species doesn’t reach sexual maturity until 20 years into its life, making it a prime candidate for overfishing — which is exactly what ended up happening. Although they’ve been around since before the dinosaurs — and seem it; instead of scales, they sport bony plates called scutes, which cover their leathery skin — their numbers have slowly dwindled through the years.

But Pig Nose has remained. It refused to be caught. A wily creature of the deep, growing in size as well as legend.