You wouldn't believe it was almost November 1, considering the weather we had over the weekend. The temperatures were in the mid-70s, the leaves are just starting to change, and it was the absolute perfect weekend to be out on the water.

Well, Friday was a little questionable.

Photos of Saturday's racing by Dan Phelps. Check out the full gallery here. 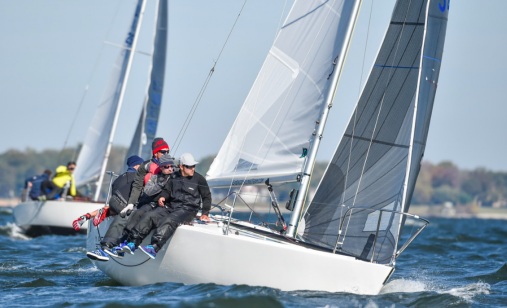 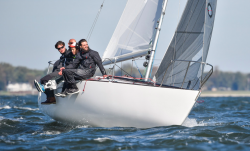 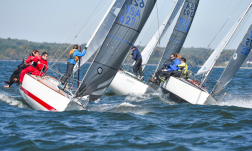 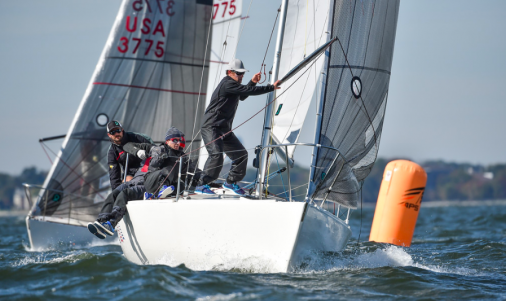 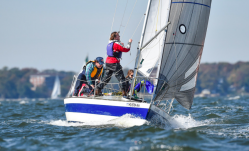 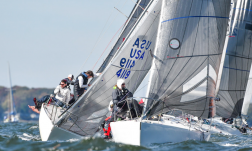 The J/24s were hosting their East Coast Championships Friday through Sunday. This is a regatta that was begun in 1979 and has had some dropping of attendance in the previous years, but not this year. More than 24 boats signed up to race, and on Friday, when west winds were at 25 with sustained gusts at 30, 24 boats went out to race.

Things got a little dicey. "The fleet could hardly keep their keels in the water," a race committee member told me. "One boat broached so hard that she busted her spreader."

On another boat, a mark rounding went particularly badly when a crew member's legs got smashed between boats and he broke his leg. He then sailed upwind and downwind, though. Afterward, when it became apparent that he needed to get off the race course, local superhero Terry Hutchinson was thankfully on the scene, spectating in his powerboat, and was able to get the sailor to land to be taken to the hospital.

On the same course but racing only Saturday and Sunday (thankfully), the J/22 fleet had a great turnout for their Mid Atlantic Championships, with 17 boats showing up to race. It was definitely the type of regatta where you start the day thinking, "I'm getting too old for this," and end it thinking, "really? We aren't going to run just one more?" On the water organization was fantastic, and off the water party planning paid off, with the annual J/22 Mid Atlantic Flip Cup Championship proving that these people won't stop trying to trounce each other even when they're at a party. 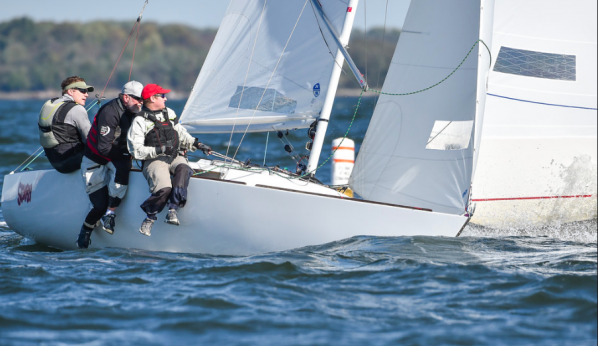 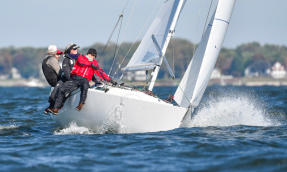 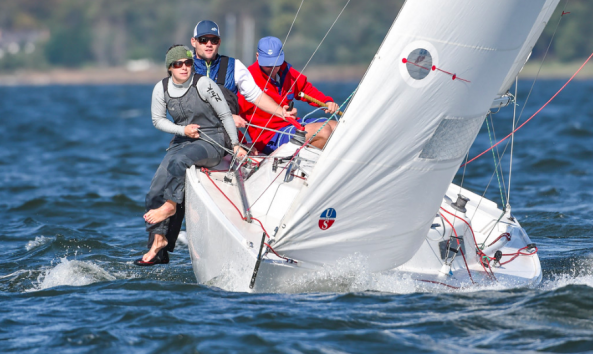 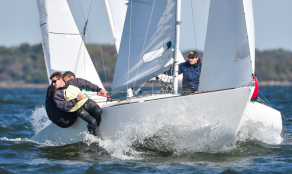 JR Maxwell and Zeke Horowitz both had great regattas, with Horowitz ending up on top the first day. But on Sunday Maxwell took the opportunity to really stretch his legs and go for a run, leaving the fleet on the horizon behind him for three races (impressive, since his lucky little brother wasn't onboard). The fleet never lets any one boat stay on top for long, though, so we can't wait to see what happens this spring.

The J/105s were hosting their Chesapeake Bay Championships this weekend as well. Competition was tight between John White (who has finally decided to name his boat with somewhat relevant political terms, apparently) and Andrew Kennedy. Kennedy had three bullets in five races, and was on top for the weekend. But it all came down to the final race, and Kennedy fell to fifth place, allowing White to come in on top by just a point. Great regatta management by AYC.

The J/35s had a quieter turnout for their Mid Atlantics, but the four boats who made it out to the race course weren't complaining about conditions.

Despite the fact that it's finally November, don't let the cooler temps fool you. Racing season is NOT OVER! Frostbite season starts up this weekend in Annapolis. And they just started frostbiting in the Southern Bay... although you can't call it frostbiting when you're in a tee-shirt. Really. From Lin McCarthy: