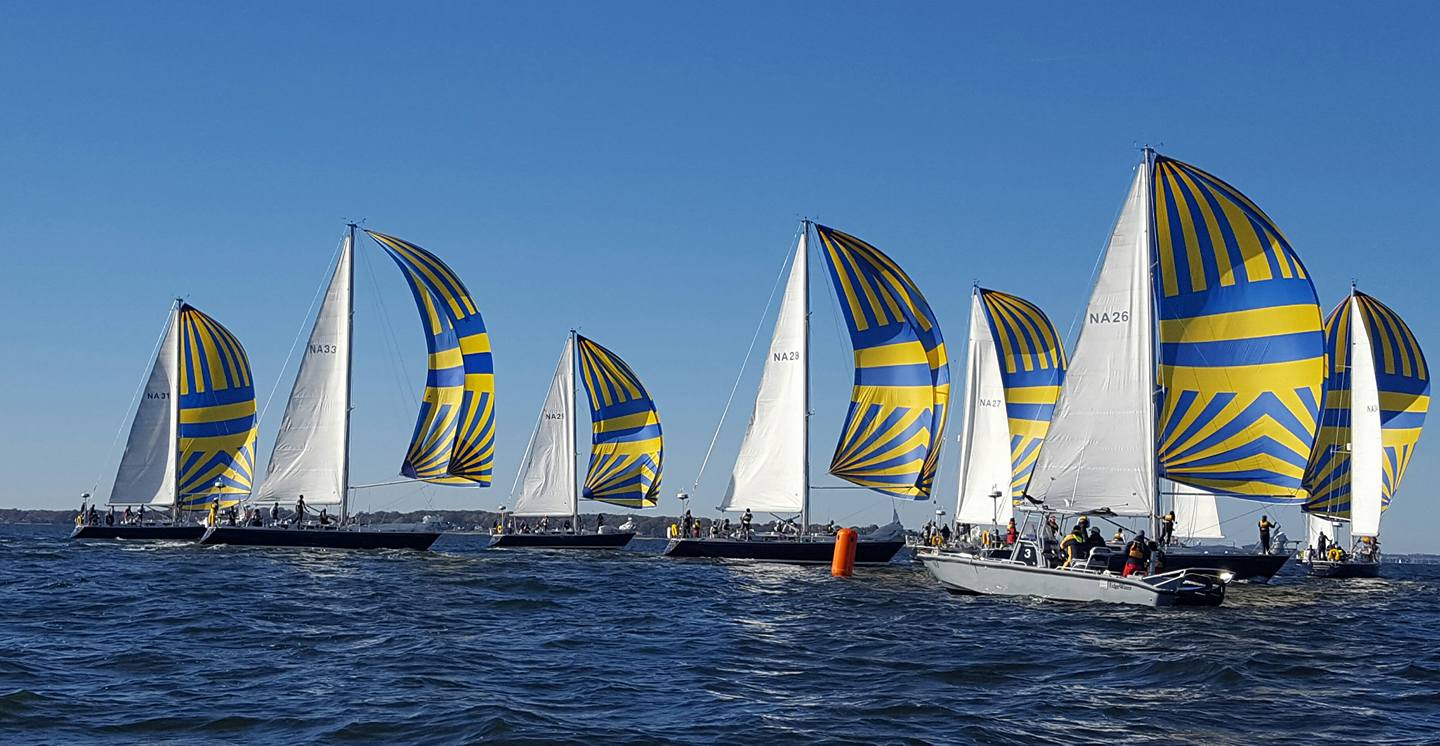 First up, the US Naval Academy hosted their annual Kennedy Cup, bringing in 10 teams to race onboard the Academy's fleet of Navy 44s. On Saturday, teams found moderate winds at 5-8 and were able to get off two races despite being a bit jumpy and multiple boats being called over early on both races.

On Sunday, all that momentum had to be maintained as winds clocked in at 16-20 knots. By the time the last race came around, four teams were in contention for the championship: University of South Florida, the Naval Academy, College of Charleston, and Cal Maritime Academy. Eventually, after a very dramatic final race, USF came in on top a full four points ahead of Navy.

Jahn Tihansky has a great writeup of the regatta here.

Down in Hampton, VA, the HYC hosted their annual Fall Fling for smaller one-design boats - the 505 class bringing in boats from afar. Tyler Moore reports: "Chris Behm and Jesse Falsone are [505] champions after 2 days of racing on Hampton Roads. Through speed and smarts the winners of the 505 East Coast Championships could not be challenged by anyone on Sunday throwing up a perfect picket fence to block everyone else out. Teams from as far away as Canada came to try and steal the coveted Hank Plank.”

The Broad Bay Sailing Association hosted its annual Hot Buttered Rum race on Saturday. We're still waiting for results, but in the meantime, check out the great photo by Eric Fee.