Today's news story about 323 reindeer in Norway getting struck and killed by lightning in addition to a whomper of a storm cloud I recently watched pass overhead (and hit somebody else) got me thinking about lightning. We sailors, especially those of us who live in climates which bring afternoon thunderstorms regularly in summer, think about lightning more than most people. 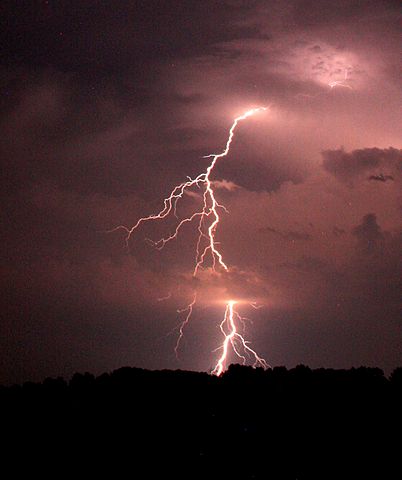 If we fear lightning, it's perfectly normal--we sail on boats on water with metal sticks sticking out the top. Our chances of getting struck are greater than most people who may be smart enough to ride out thunderstorms inside (however maybe not smart enough to stop using the computer or doing dishes near windows).

Here are seven sizzling lightning resources for you: