The thing about dreams and plans is that much of the time they can fall flat. You don’t read about those times in most magazines or see them playing out that way in glossy sailboat ads. Nobody wants to talk about the realities of aging parents, failing health, epic equipment failure, and dwindling bank accounts because it’s not sexy or inspiring. But truth is that’s reality for most cruisers. 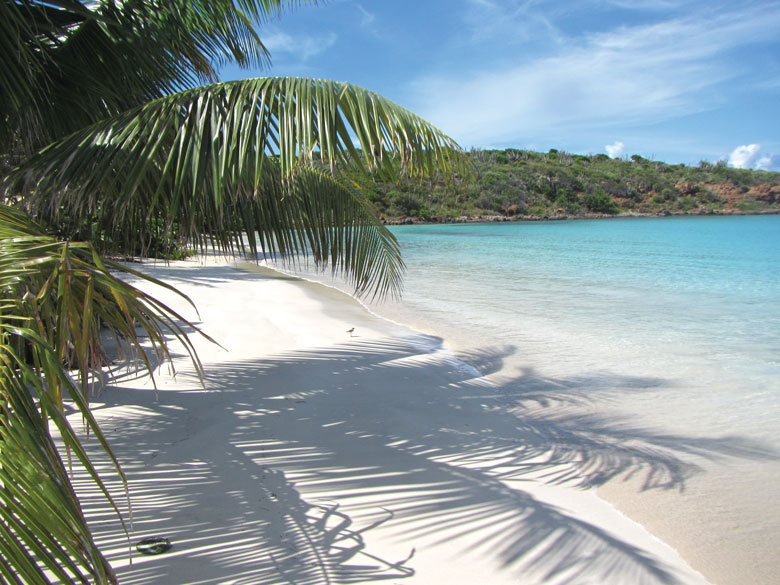 Three years ago Keith and Kim Himmer splashed their Prout Snowgoose Octopussy in hopes of getting her ready for some long-term cruising. That spring and summer some hard realities set in. The boat was more of a project than they expected. Getting things done with their then 10-year-old son around was slow going. And then Kim’s plan to depart from her military career that year fell apart. That autumn while everyone was sailing south, the Himmers put Octopussy on the hard and moved back on land.

“No plan survives first contact; that’s an old saying we have in the military,” jokes Kim. “It was tough sitting when we wanted to be going, but we also never wanted to rush it,” Keith adds.
Dave and Bunny Strout don’t want to rush it either, but they also didn’t want to spend this winter sitting in a slip in Annapolis. They moved aboard their 1985 Tashing Baba 40 Agnes Rose fulltime this spring and spent the summer checking off the list of things that most wanna-be cruisers do before leaving. They rented out the house, quit the job, and started prepping the boat and their four-year-old son for full time cruising. And then, the engine started acting up. It’s a 31-year-old Universal 44 horsepower that Dave prides himself on maintaining and repairing himself, but it was time to call in professional help. Many boat bucks and hours later, the grim prognosis was delivered: Agnes Rose needs a whole new diesel engine. 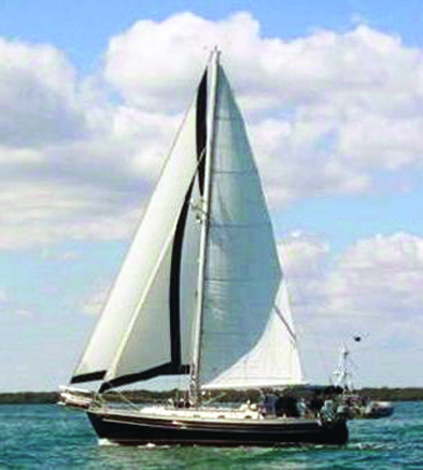 “We have had problems with the engine from the beginning when we bought this boat three years ago, and every year we have been able to bandage it back together. Now the worst case scenario finally happened,” says Bunny.

The Strouts are resourceful and resilient, which will make them excellent cruisers when they do cast off. Plan B was in place before the tools were picked up from the engine room. Dave set up a year-long contract with some contacts in his field of work; Bunny extended the lease on their slip, and within 12 months they should be able to pay off the new engine, prep the boat, and be on their way south.

“We tend to go through all the scenarios. The scenarios where we work and pay for it, but fear getting stuck here. There’s the fear that we will never take off because another reason will hold us back. There’s the fear of taking off unprepared or running out of money and not being able to pay for health care or an emergency especially with a kid,” Bunny remarks. “But the main thing I’ve learned is that your emotional and mental state matter most, no matter what your situation is. You need to have a solid family foundation, work as a team, and support each other when the bad things happen. Then, it’s all fine because you have the emotional baseline to work through the hard times.”

Having been there and done that with casting off delays, the Himmers smile and nod hearing about the Strouts’ troubles. “It’s worth taking the time and being patient. Getting ready for a trip like this is serious work, and you don’t want to push it,” advises Keith.

Keith and Kim know that even when the chapters of your adventure wander into unexpected plot twists, happy endings are still possible. This spring they splashed Octopussy again. It’s been steady work every single day without a break for Kim and Keith.

“We’ve replaced everything you can possibly replace on this boat,” says Keith. “Every hose, every wire, fuel lines, hydraulics, you name it. There isn’t anything on this boat we haven’t touched.”

“We’ve learned that there is a difference between planning and preparing. We get now that plans are sort of pointless when it comes to cruising and boats. We have goals and dreams, and we are ready for anything.” 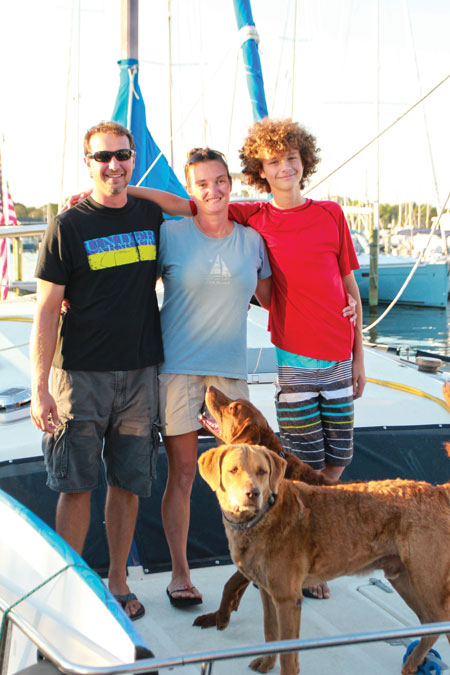 All the while their 14-year-old son, Josh, has been going to school, busy with friends, and activities, and helping where he can. “We haven’t been living aboard since I was in fifth grade, and I am entering ninth now,” says Josh. “It’s something my mom and dad have been talking about forever, and now I can’t believe it’s really happening. It’s hard to switch gears from my high school plans, but I know I will grow into it. I am excited to see the world.”

The Himmers plan to head down the Intracoastal Waterway and winter in the Caribbean. They will circle back north to the Chesapeake next spring and get ready to cross the Atlantic with the ARC. Or maybe wind and fate will blow them elsewhere. But wherever they end up and whenever they get there, they’ll be ready.