Deran Eaton (Waldorf, MD), who sailed aboard Shadowfax on the Potomac Leg of this year's Governor's Cup sent these pictures and a note and his thanks to the Dahlgren YC, from which many of the Potomac Leg contenders originated and appeared in several of the photos.

In its second year as an addition to the overnight race, the Potomac Leg starts on the south end of the NSWC Dahlgren naval gun test range, at the "P" buoy just off Colonial Beach, VA. From there, it proceeds past St. Clements Island, around Ragged Point, down to Point Lookout---where it meets the Annapolis fleet rounding the Mo(A) buoy---and up to St. Mary's City.  Wind conditions from start to finish put the Potomac Leg fleet on a beam or close reach all the way.

We glided from a fireball sunset into a tide of stars.

The main race question the Potomac Leg spinnaker class had to solve, which manifests in some of the photos: "To spinnaker, or not to spinnaker?"  Deciding this was easy for the gennaker-flying Rogue, an Ultimate 24.  The genoa flying boats held base course better, but the spinnaker flying boats moved faster, making for a most competitive race playing these trade-offs with every boat moving against the incoming tide early on.

Donnybrook actually followed Shadowfax in to the finish line, passing us in a whisper of wind around 2 a.m..  Shadowfax finished 80 seconds later.  Here is an article from the Maryland Independent a blind fellow manned Donnybrook's helm at the time. 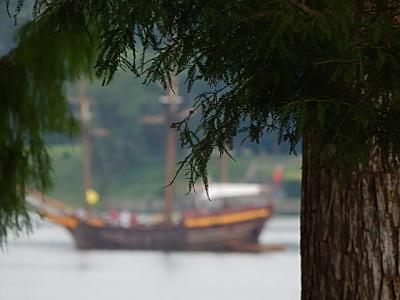 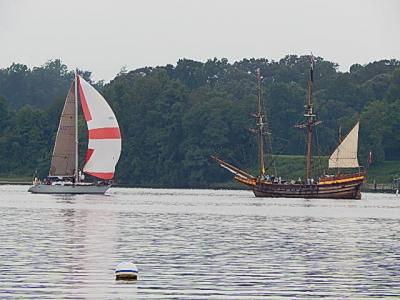 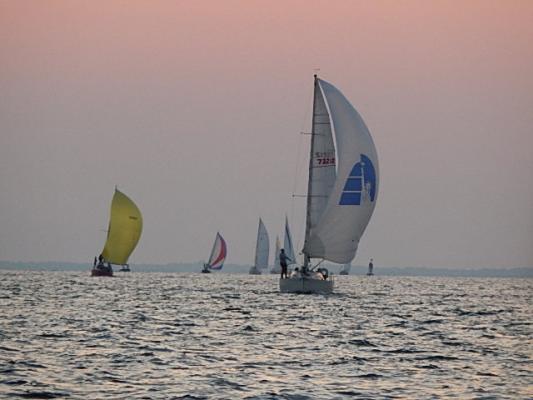 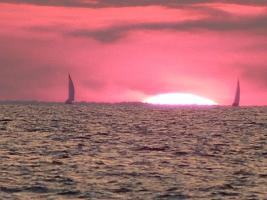 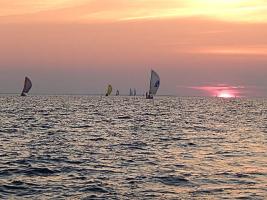