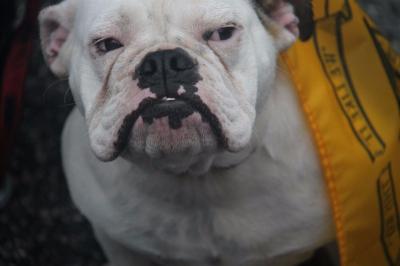 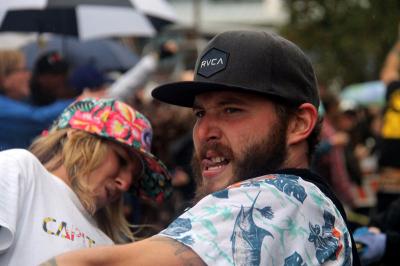 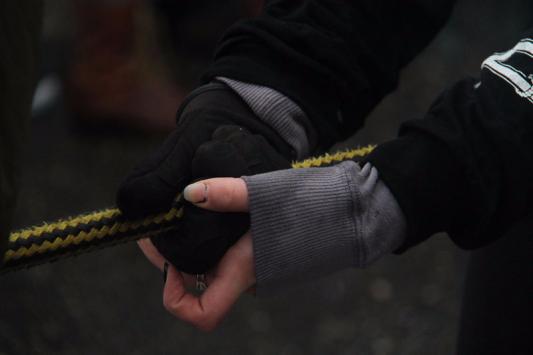 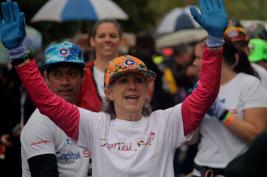 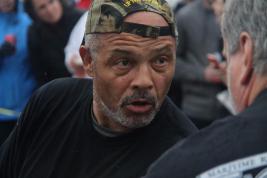 From the MRE, regarding the reason for this ‘aggression’ against the city of Annapolis:

“The Tug of War was originally conceived by the residents of Eastport in 1997 when the City of Annapolis used the excuse of a ‘public works project’ to close the Spa Creek Bridge that leads to Eastport from Annapolis. This unprovoked act of aggression on the part of the City of Annapolis had the effect of cutting off Eastport residents and businesses from the rest of the city. The somewhat fractious citizens of Eastport (Eastport-O-Ricans) feeling the sting of rejection by the City and, perhaps, somewhat emboldened by the generous pouring habits of a local bartender, decided to declare war against the city of Annapolis and secede. Thus, to the rallying cries of ‘Up the Republic,’ the micro-nation known as The Maritime Republic of Eastport was born.”

The Tug of War is an over-the-water endurance event with teams of no more than 33 tuggers on each side pulling on a specially made rope that is extended over the Annapolis Harbor in as many as seven heats (or tugs). It is known for being the longest international tug of war over water in the world. While other cities may claim to host an even longer tug, this is the only tug over water in the world.

The teams set up on opposite sides of Spa Creek (aka The Gulf of Eastport), on Second Street next to the Chart House restaurant, and on the Annapolis side at Susan Campbell Park at City Dock. After all the heats are over and the winning side is declared, it’s party time. There will be music, dancing, food, and libations on both sides of the bridge. On the Eastport side, live music will be provided by The Eastport Elementary School Band, A Hoodoo Few, Eastport Oyster Boys (between tugs from noon to 1:15 p.m.), Dublin 5, D’Vibe ‘n’ Conga, and Dean Rosenthal.

Proceeds from the sale of food/beverages, sponsorships, and tugger fees are donated to local charities. So far, the MRE has raised over $500,000 since the Tug began.

All photos by Craig Ligibel. Video courtesy of T2P.tv