Getting Robbed While On Vacation: One Sailor's Story

Everyone’s had those occasional moments in which something doesn’t feel right, even if you can’t figure out what it is. As Symbiosis eased into the slip at Grenada’s Port Louis Marina, that’s the feeling I had. 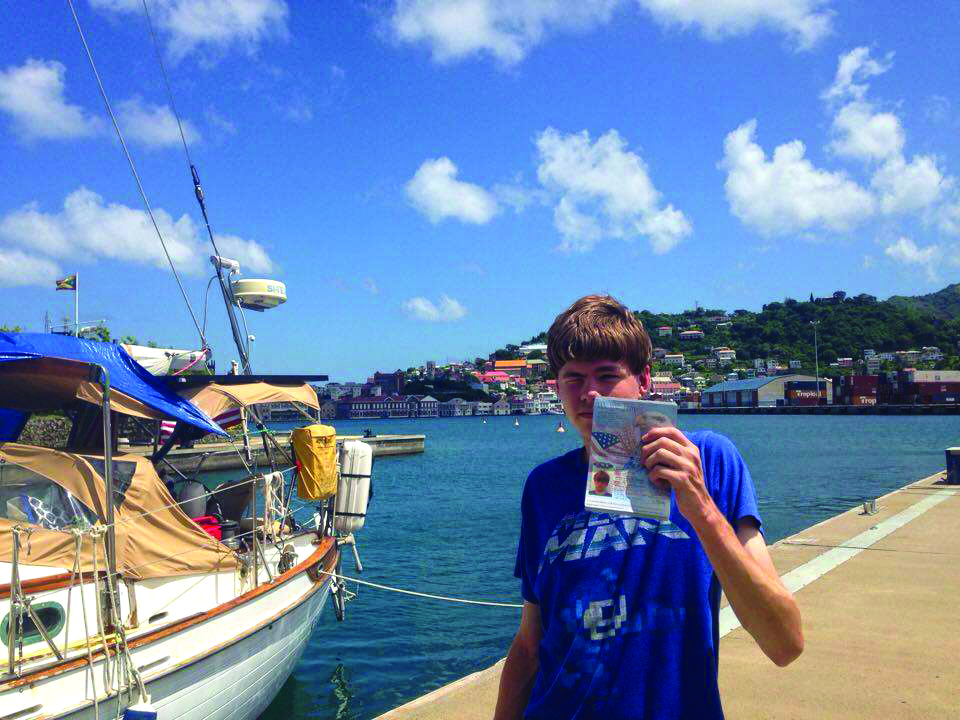 The first time we had stayed there, we’d been tucked in among lots of other cruisers not far from the marina office. This time, we were virtually alone, assigned a slip on the outer edge, closest to the approach from sprawling St. George’s Bay.

But my mind quickly jumped from that concern—which I brushed aside as paranoia—to the amenities I knew were in store after a few weeks of austerity on the hook, including a pool, showers, and wired internet.

Even so, aside from the luxuries, security was the main reason we chose the marina instead of staying anchored out. We arrived as Carnival, the annual celebration that involves lots of drinking and more than its share of crime, was just getting underway. The marina’s many cameras and security staff offered us peace of mind as we planned to head out and take in the cultural mayhem.

The marina was also convenient. It the center of action for the annual bacchanal, and my son, Eric, was scheduled to arrive from the United States just as it was wrapping up. It would make sightseeing and other activities with him much easier.

A few days after Eric arrived, a young Grenadian woman approached my wife, Noi, at the marina pool to say she had found her wallet. At first we tried to think of a beach or a restaurant where Noi might have lost it. While we were waiting for the woman to return with the wallet, we went back to the boat. I heard Noi say, “I can’t find my backpack.” At first, I didn’t think much of it. This sort of conversation happens often on Symbiosis. Something is thought lost only to be located a few minutes later, a conversation that usually ends in mild recriminations over who didn’t put something back in the right place. When I heard Eric say his backpack, with his passport, was missing, too, it got my attention.

Slowly, we began to put the pieces together: Several days before, the combination lock on our companionway hatch appeared to be broken. Just another casualty of the salt-water corrosion, we thought at the time (it was the third padlock to fail in less than a year). The washboards were in the slats and otherwise the lock looked right. The boat had not been ransacked. It was a surgical strike that involved, as best we could tell, only the two backpacks. They had been piled, unused, behind the salon table since Eric’s arrival. If we’d been more observant and suspicious initially, perhaps we would have noticed. But that was moot now.

When the Grenadian woman (named Sinatra) returned with two girlfriends and the wallet (minus about US $100 in cash), I was talking with security. Noi gave them a small reward and promised to buy them dinner if they could locate Eric’s passport. They began making phone calls and within about an hour said they believed the passport had been recovered on the street by a police officer and returned to a station. When police detectives arrived to interview us, they confirmed that they had the passport. What a relief.

There are a number of factors that led us to believe Sinatra and her friends were not directly involved with the burglary. First, thinking back to the “jimmied” lock, it had been at least three days since the break-in. Why wait so long to return the missing wallet? Transients like us are in and out of the marina, and we could have been long gone already. Second, it had rained several times since we determined the burglary occurred, and the wallet had been water-damaged, as was the photo of Noi that Sinatra used to locate us. She didn’t demand a reward, though was happy to get one. She was not at all nervous, and in fact eager, to tell marina security and police her story.

Our best guess is that someone approached from the water, either directly to the dock or by beaching a dinghy on a nearby point and walking into the marina from the back, where there is no gate. Aware of the security and cameras, they acted quickly, breaking the lock after forcing it open, probably with a crowbar. (On later examination, we noticed that the latch on the companionway slat had been bent to one side.) When the thieves got aboard, they must have looked mainly for cash, as they left two computers untouched. So, they grabbed the backpacks, perhaps after a quick check that confirmed one of them had a wallet inside. The most puzzling aspect is why they would have put everything back—unless it was to give them some lead time to make a retreat. I’m guessing it all happened in a matter of minutes.

What precautions have we taken for the future? We bought (another) new padlock, more robust than the original or its replacement. Then I installed a make-shift security system made out of locally available parts that cost about $50. It’s a simple but hopefully effective design I’d seen several years ago in a sailing magazine.

As I write, we are back on the hook. Since our incident, there have been a few more burglaries of cruisers here, one a break-in very similar to ours, but at anchor. We don’t blame the marina security staff. I am of the opinion that such things will happen no matter how good the security is. But we have yet to feel completely safe in a marina again. And next time I get that feeling, I am going to ask to be moved!