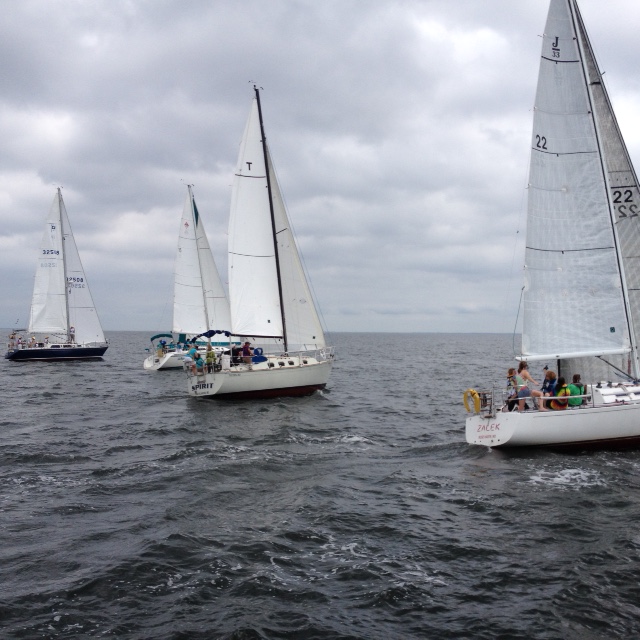 Herrington Harbour Sailing Association (HHSA) says they have the best PHRF racing on the Bay. At the club’s 2016 Women’s Regatta June 5, they pulled out all the stops to make their case. The competitors brought boats including a C&C 115, Beneteau 36.7, several J/Boats, a Catalina, and even a Ticon to race in Spinnaker and Non-Spinnaker classes. Rain and thunderstorms were predicted, but conditions moderated to cloudy with eight to 15 knots gusting to 22.

Several skippers took on the challenge of helming unfamiliar, usually larger boats to provide more crewing opportunities. The racers included HHSA members and race crews as well as some great racing talent from the Annapolis area. Juliet Thompson from Severn Sailing Association acted as the PRO for the event navigating the fleet around Herring Bay’s 360-degree courses finding the best one suited for the pre-cold front conditions.

The great breeze made boat-handling important during the three races. The range of experience and boat types created races within races. Memorable situations occurred throughout the day. From Andrea Heintzelman: “All five non-spin boats were on starboard tack and jostling for a position approaching the line. Before we realized what was happening, along comes Coyote (C&C115), trying to get between us and the committee boat. She is so much faster than Whoosh! (Catalina 320), and all we could see was her spinnaker pole on her bow just about to come through our stern rails into the cockpit. At the last second, Coyote veered to port and crossed behind Whoosh! That moment is one we all will not soon forget.” 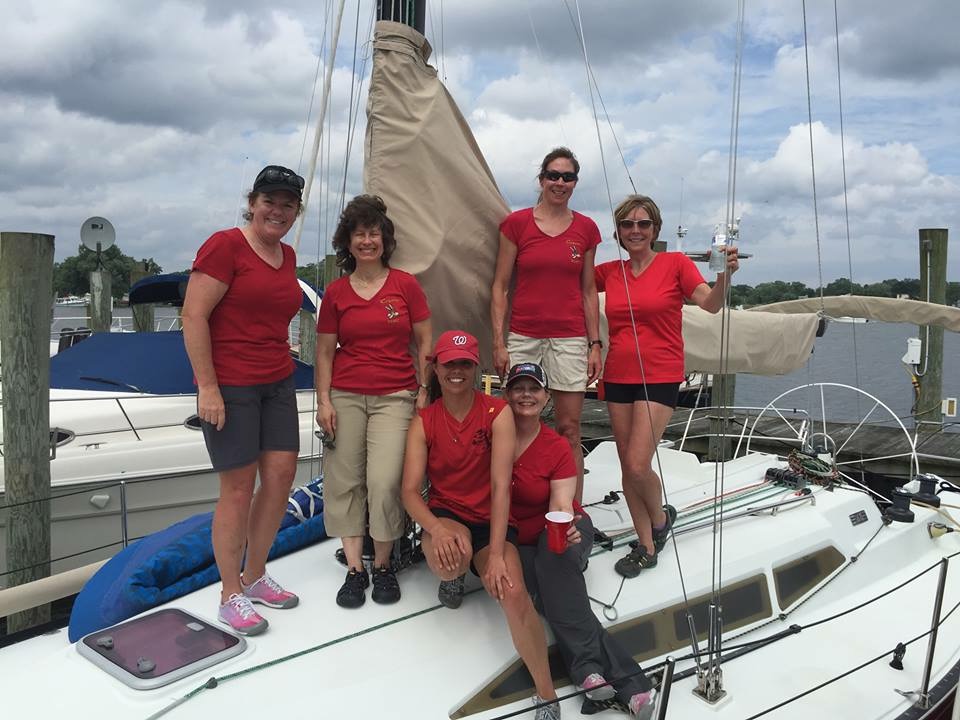 Eunice Lin, skipper for Endeavor (Pearson 37), said, “My favorite moment was getting to the leeward mark by sailing wing-on-wing. Our sails were full with no whisker pole, a beautiful sight! ...We rounded the mark without losing the speed or distance we would have lost by gybing.”

The HHSA Women’s Regatta has become one the club’s most popular on-the-water events with over 50 competitors plus the race committee and boat owners providing equipment and support. Heintzelman commented, “I was truly surprised by their confidence in me as their captain to lead them in such a race under the potential conditions. I marveled at all of the crews’ eagerness to go out and win, no matter the conditions!”