An Easy Cure for Seasickness?

I have sailed more than 40,000 offshore miles and have never suffered from seasickness, but many of my crewmates have not been so lucky. 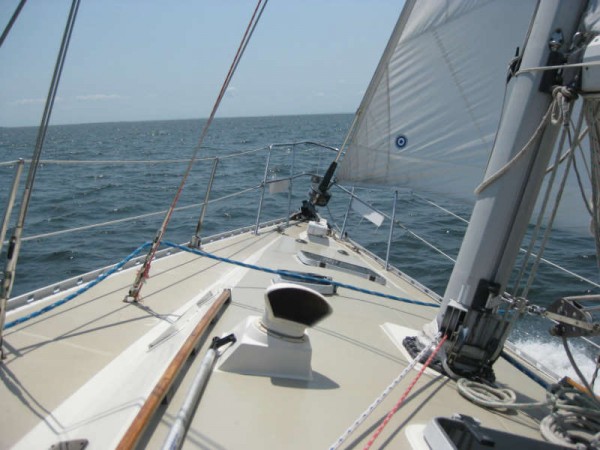 I have watched helplessly as they have suffered, sometimes for many days at sea. Commercial remedies work with varying degrees of success, but none seemed to work after the onset of nausea and all had side effects. Two years ago, a friend joined us in the Grenadines for a week of sailing despite suffering from motion sickness all of her life. Each time we sailed, she would get nauseated.

Two months ago, I received an e-mail from her describing her discovery of a cure for her motion sickness: the use of an ear plug placed in the non-dominant ear (left ear for a right-handed person, right ear for a left-handed person). After inserting the ear plug, nausea disappeared in a few minutes!

Recently, I was sailing on an Outbound 48 from the Chesapeake Bay to Newfoundland. The first night offshore, two of the crew became nauseated with one severely enough to be heaving over the rail. I had discussed the ear plug performance with one of them before the trip, so he had brought a supply of foam plugs with him. I had mistakenly told them to insert the plug into their dominant ear. He gave one to the sicker crewmate and inserted one into his own dominant ear. Within minutes the nausea went away for both of them.

They both kept their ear plug in for the five offshore days until we reached Halifax with no nausea problems. When we did the jump from Nova Scotia to Newfoundland, both crew used the plugs again and neither had any nausea issues. This would indicate that the ear that is used in not critical.

I have done an Internet search and found many descriptions of ear plugs to prevent motion sickness—there are some plugs specifically sold for this application—yet, in my 50 years of sailing I have never heard of this procedure.

I would like to accumulate more data points and invite readers who try this “cure” to send to me a description of their experiences. If I receive sufficient responses, I will publish them in a subsequent letter. 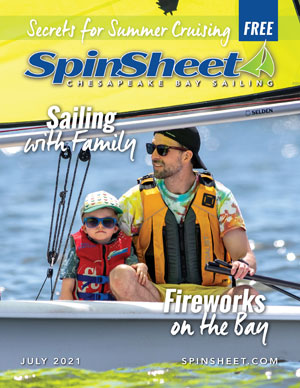