I have a friend who, at the age of 35, after sailing a 27-footer to Bermuda, declared that he would never again sail a boat offshore that was shorter in length than his age. This made sense at the time, but more than 20 years later, may not be practical. Despite her size, the Baba 30 is a legitimate go-anywhere bluewater cruiser. And, if I were inclined to offshore passage-making on a small boat, this is one that would rank near or at the top of my list.

Bob Perry, who has long held the belief that bluewater cruisers don’t have to be slow in order to be safe, designed the Baba 30, which was introduced in 1978. Unlike his early 1970s fin-keeled Valiant 40 design, the Baba 30 features a full keel and attached rudder much like Perry’s Tayana 37 introduced a year earlier. Between 1978 and 1985, more than 225 Baba 30s were built in Taiwan by Ta Shing Yacht Building Company for Seattle-based Flying Dutchman International.

More than 20 years later, and after many bluewater passages, Baba 30s are holding up very well. The hulls are constructed of a solid lay-up of fiberglass cloth and polyester resin, while the superstructure utilized core construction techniques. Early models featured teak overlaid decks, while on later models, the only teak overlay was on the cockpit seating area. Although teak decks have excellent nonskid characteristics, they are high maintenance, and if neglected, can lead to serious problems of deck core deterioration and structural weakening. Caution and close inspection are advised on teak-decked models. 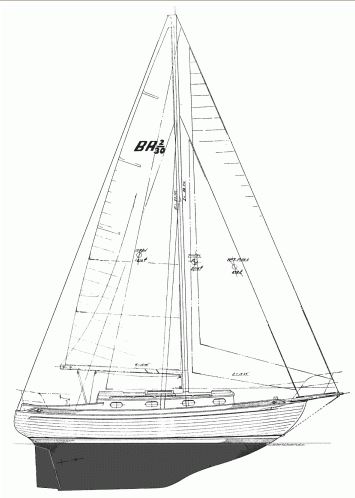 The hull-to-deck joint is fastened with adhesive sealant and stainless steel bolts and topped with teak caprail. The keel is integral with the hull, and ballast is a single 4000-pound cast-iron ingot glassed in place.

Some early Baba 30s were also built with wood masts, which can be problematic and should be removed and thoroughly examined by any prospective purchaser. The other nearly universal problem with Baba 30 models is the deterioration of their bilge-mounted, mild steel fuel tank. If the tank has not been replaced, chances are it will have to be soon.

Many offshore sailors would agree that, for safety reasons, the cockpit of a bluewater cruiser should not be overly large, and that of the Baba 30 is not. Only slightly more than five feet long, the cockpit narrows towards the canoe stern so that only the helmsman can sit aft. The footwell is 44 inches long and 28 inches wide forward, but it, too, narrows to less than a foot wide at the aft end and is dominated by the steering pedestal mounted in its center. Cockpit combings are nearly vertical and not very comfortable for leaning against. Side decks are relatively wide and are secured by a substantial bulwark, double lifelines, and stanchions. The foredeck provides plenty of room for handling sails and ground tackle. The wooden bowsprit is decked with a teak grate and secured by a sturdy stainless steel rail so that you don’t feel as if you are risking life and limb to get to the headsail.

What the Baba 30’s cockpit lacks in comfort and accommodations is more than made up for below where you’ll find six feet, four inches of head room and more storage than on most modern 34-footers.

Although there were minor modifications over the years, the arrangement is straightforward. The galley is to port adjacent to the companionway and features a very efficient layout with lots of storage. Caution is advised regarding the stainless steel insulation around the galley stove, which I am told, although have not independently confirmed, is backed with asbestos.

The navigation station is opposite the galley, and the main saloon features port and starboard settees and a drop-leaf table. The head with an integral shower is forward to starboard, and a V-berth master cabin is forward. There is beautiful teak joiner work throughout, and just about every available space has been utilized for secured storage.

Auxiliary power is typically a Yanmar 3GM diesel; although, I have seen several models with Volvo and Universal diesel engines as well. Access for service is reasonably good.

As should be expected of any boat with a displacement/length ratio of 379 and a sail area/displacement ratio of 15, light air performance suffers. In winds of less than six knots the Baba is nearly to impossible to sail to windward. Performance improves slightly off the wind with a large light air genoa or spinnaker. In eight to 10 knots of breeze, performance improves considerably, and in 12 to 18 knots, the Baba 30 is in her element. The Baba 30’s cutter rig offers numerous options for sails and reefing, and it will take new owners some time, through experimentation, to find the ideal choices for specific conditions. With practice and experience, the Baba 30 can be sailed comfortably and safely in conditions that would send many fair-weather sailors to the nearest shelter.

The Baba 30 continues to have one of the highest resale values of any boat of this type and size. Currently there are seven boats offered for sale on the yachtworld.com website, with prices ranging between $60,000 and $79,000. The average of 11 boats reported sold over the last 12 months is $51,800. Although the average selling price seems to fall well below asking prices, these are high numbers for nearly 30-year-old boats. The Baba 30 seems certain to remain popular and hold her value among sailors who appreciate traditional designs and small offshore capable yachts. 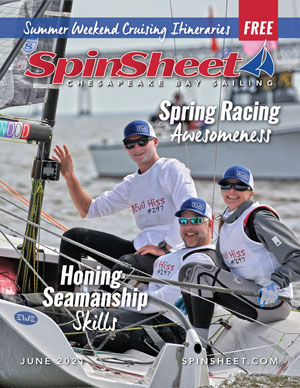