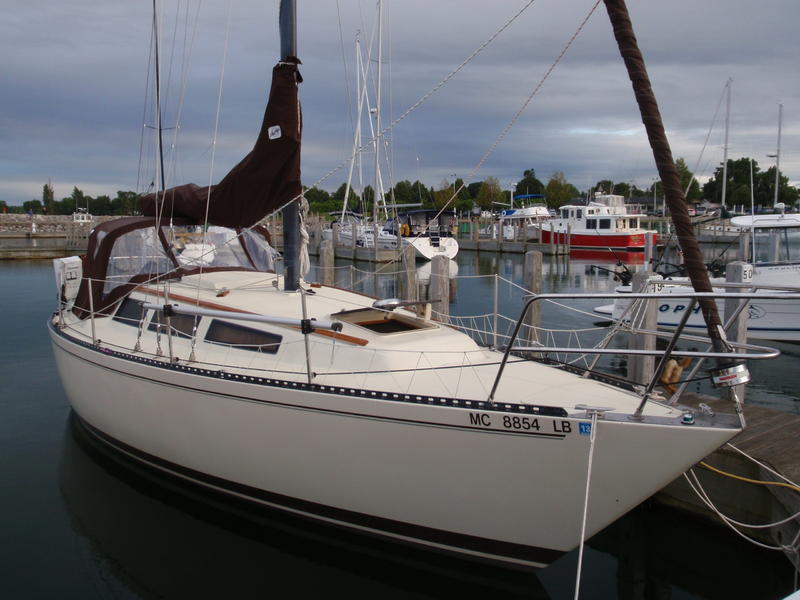 It’s not often that production powerboat manufacturers make a successful transition to sailboat production. Chris Craft tried it in 1967 only to give up after a few years. Bayliner Marine made a bid in the late 1970s when they purchased Buccaneer Marine but, like Chris Craft before them, they too abandoned the effort after a few years. Perhaps the most successful transition was that of Slickcraft founder Leon Slicker. When he sold Slickcraft Corp., Slicker had agreed to refrain from competing with the new owners for some period of time. Apparently not content to set the hook yet, Slicker formed S2 Yachts in 1974 and for the next 13 years produced a variety of cruising and racing sailboats ranging in size from 22 to 36 feet. With a 10-year production run from 1977 through 1986 and an estimated 900+ boats built, the 9.2 model ranks as a very successful design by any boat builder’s standard and the most successful of the cruising designs built by S2.

The 9.2 was built in two configurations using the exact same hull but radically different deck and interior layouts. The 9.2A was the aft cockpit version with conventional, modern styling which is pleasing to most eyes and not likely to go out of fashion. The 9.2C was a center cockpit, aft cabin version which trades off aesthetics for interior volume and livability. Both models offered sleeping accommodations for six people, but the center cockpit version provided double berths forward and aft and a walk through to the aft cabin along the port side.

All S2 9.2 models have an overall length of 9.2 meters which translates to 29’ 11". Not coincidentally, this is just below the maximum length allowed by the MORC handicap racing rule. Maximum beam is 10’ 3" and standard draft 4’ 11", although a shoal draft version was offered drawing 3’ 11". The published displacement is 9800 lbs. with 4000 lbs. ballast. Displacement, ballast, and waterline length are listed as the same for all models, suggesting these are very approximate values.

Hull construction of the 9.2 changed at some point near the end of production, but I have not been able to determine exactly what year changes took place. For most of the production run, hulls were constructed of a solid laminate of fiberglass and resin, although 1986 models, at least, were constructed using a balsa core material in the hull composite. Decks were always balsa-cored for added stiffness. Deck surfaces have a deep, molded non-skid pattern that offers as secure footing as any production boat I know. However, it can be a little rough on bare feet and knees. The decks and hull are joined on an inward hull flange using an extruded aluminum toe rail to protect the joint. Lead ballast is sealed internally eliminating the concern for keel bolt attachments. Generally, the quality of construction of S2 boats is good, and age does not seem to have taken any common structural tolls.
S2 and Slickcraft before it have always been noted for the quality of Gelcoat finishes. The reputation is well deserved, and the most common off-white finishes hold up extremely well and are substantial enough to stand up to a good compounding when necessary to restore the luster. Colored finishes, on the other hand, have not fared so well. Red and dark blue hulls seem to be the worst and commonly turn to shades of pink or gray. There is little that can be done to restore the original color short of repainting.

S2 makes extensive use of vinyl fabrics for finishing and lining of cabin surfaces. These do seem to hold up remarkably well but, if soiled or mildewed, are more difficult to clean and restore than plastic, wood, or veneered surfaces.

Over the years a number of auxiliary power options were offered which do the job to varying degrees of satisfaction, depending on conditions. In the first two years of production, the Universal Atomic 4 gasoline engine was standard power, with diesel being offered as an option. In 1979, diesel engines became standard power, and over the years a variety of Yanmar and Volvo diesel engines were offered ranging from 12 to 23 hp. The 12 hp Yanmar and Volvo engines should probably be avoided with the center cockpit model because of its increased windage. This is also marginal power for either model if you require power to buck strong currents or choppy seas.

The sailing performance of the 9.2 is acceptable although not spectacular. With a relatively low aspect keel and skeg forward of the rudder, wetted surface is greater than the comparably sized Catalina or Pearson 30s. Typically the PHRF rating of the standard keel version of the 9.2 is about six seconds slower per mile than the Pearson 30, and about 15 seconds slower than the tall rig Catalina 30. The worst performance can be expected from the center cockpit model with shoal draft. This model tends to make considerable leeway when sailing to weather.

S2 boats were originally marketed as upper end production sailboats. When this segment of the market fell on hard times in the mid-to-late 1980s, so did S2 and sailboat production ceased. By this time the company was back in the powerboat business building Tiara Yachts.

The company still tries to support the S2 line of sailboats as best it can. A recent comparison of published values of the S2 9.2, Catalina 30 and Sabre 30 show the S2 solidly in the middle. When the same model years were compared, the mean value of the S2 averaged 20% greater than the Catalina 30 and 25% less than the Sabre 30. The S2 9.2 offers solid construction, contemporary styling, acceptable performance and good value.

Reviewed in the November 1997 issue of SpinSheet by Jack Hornor