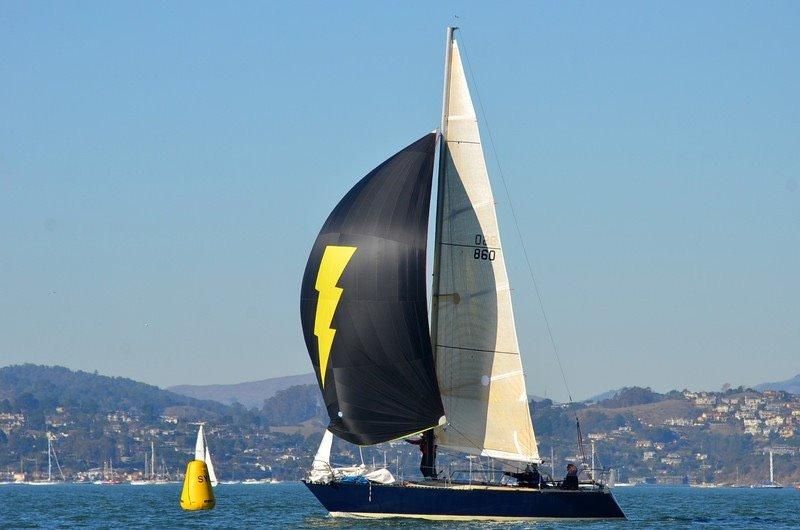 In business for more than 40 years, Tartan Marine is one of the oldest yacht builders in the boating industry and one of the few sailboat builders to survive from the 1960s to the new Millennium. Throughout its history Tartan has been most noted for its cruising designs but, from time to time, there has been a departure from that focus to produce a design aimed squarely at racers and performance oriented sailors. Introduced with the 1978 model year and designed by the renowned Sparkman and Stevens design team, the Tartan Ten is arguably the company’s most successful model in this genre. Although the first 350 T-10 models were built between 1978 and 1982, the model remained in limited production through 1988, and slightly more than 400 boats were built over the production period.

The success and continued popularity of the T-10 is likely due to several factors including an active one-design class association, occasional success racing under both IMS and PHRF handicap rules, very enjoyable daysailing capabilities, and, depending on your need for comfort, some limited functionality as a weekend or short distance cruiser.

The hull of the T-10 is a fiberglass composite with 1/2" balsa wood core except in the bilges and in the area of the rudder. The hull is strengthened and stiffened by hollow, hat-shaped fiberglass athwartship floors and longitudinal stringers. Decks are also fiberglass composite with balsa wood coring. The deck and hull are joined on an inward flange that, like many other Tartan models, has an aluminum strip glassed in so that it may be drilled and tapped to accept the machine screw fasteners.

By 1978 standards, this was a very light boat that necessitated lighter construction methods and materials. Without much of a history to draw upon, early production of the T-10 was necessarily experimental and not without some problems. Because most T-10s were raced actively and hard, many problems were detected early and dealt with under the manufacturer’s warranty. With experience came knowledge, and, by hull number 100, many problems had been dealt with and eliminated.

Some common problems include bent rudder shafts, failed attachments of fiberglass stringers and floors, hull cracks in the area of the keel attachment, compression failure of the floor beneath the mast compression post, and distortion or delamination of the hull at the attachment of fiberglass knees supporting the shroud chain plates. Later model T-10s are almost certain to have fewer problems than early models.

The T-10 has a single spreader fractional rig with a fairly substantial extruded aluminum mast. The mast is stepped on deck and, due to the size of the section used and the slightly swept back spreaders, there is no need for running backstays. Rigging shrouds pass through the deck and attach to chain plates below. This arrangement tends to be a constant source of deck leaks.

Decks of the T-10 are flush and have an absolute minimum of obstructions to working and moving about. However, there is a very large companionway opening offering a cavernous, five-foot long pit to fall through when the three-section hatch is removed. The cockpit is more than nine feet long and provides guests and crew plenty of room for racing or daysailing. However, the large cockpit and companionway do seriously hamper the T-10s suitability for offshore sailing.

Below deck accommodations of the T-10 are minimal, and, as I mentioned earlier, are not suited to comfortable cruising. There are berths for six with a V-berth forward, port and starboard settees and port and starboard quarter berths, but there is only slightly over 5’ headroom and little ventilation. There is a porta-potti below the V-berth but no galley facilities other than a small sink.

Through about hull number 300, auxiliary power was provided by a single-cylinder, 7.5 hp Farymann diesel engine which, with its standard folding propeller, provided marginal performance under the best conditions and poor performance against foul currents, high winds, and rough seas. Although they can vibrate considerably, these engines are generally dependable and long lasting.

Later models were powered by 11 hp Universal or 13 hp Yanmar diesels and provided improved power and smoother performance. Access to the engine for service is excellent in either case.

Few owners and sailors have ever complained about the sailing performance of the T-10. In fact, most sing the praises of a boat that is uncomplicated yet exciting to sail and performs well on all points. The long narrow hull is easily driven, and there are no rule-induced bumps or hollows to cause erratic handling characteristics. With sufficient wind, the T-10 can exceed ten knots while reaching and running, yet she maintains a comfortable feeling of control. The hull is rather flat on the bottom and tends to pound a bit in short choppy waves but this is a problem common to most modern performance boats. The sail area-to-displacement ratio of 21.7 is quite high for a boat of this age and size and is most responsible for her good light air performance.

The T-10 has been most popular in the Great Lakes with active class associations on both Lake Erie and Lake Michigan, although there are a number of boats on the Chesapeake as well.

The T-10 is not built or intended for offshore sailing or extended cruising, and she is certainly not as comfortable as other one-design classes such as the J/30. On the other hand, they are considerably less expensive to buy, maintain, or campaign. The boat is easily sailed by two, yet she can accommodate six adults comfortably for daysailing or buoys racing, and, for the budget minded shopper, the Tartan Ten can provide great sailing enjoyment.

Reviewed in the January 2001 issue of SpinSheet by Jack Hornor