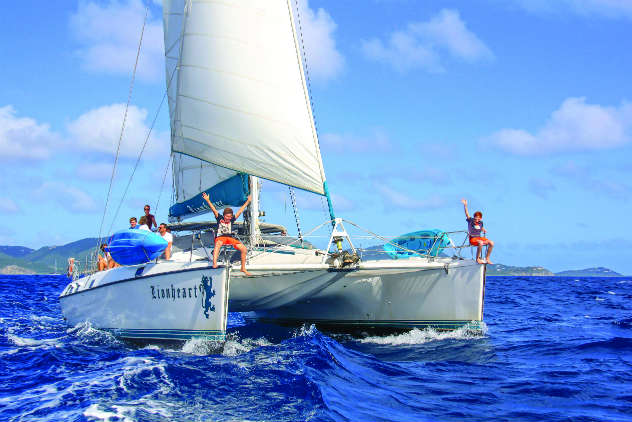 Folks stuck in cubicles, staring at a grey sky might daydream about ditching it all to run away and start a sailboat charter in the Caribbean. Life on a tropical island, sailing for a living, drinks and laughs: what’s not to love? One young couple ran after the dream and are experiencing the ups and downs of living and working in paradise.

Scott and Brittany Meyers bought Aristocat Charters in 2015 and started the wild adventure of owning and running a business as ex-pats on a tropical island. These longtime liveaboards are no strangers to the sailing life. The couple cruised from the East Coast to the Caribbean where they’re now settled with three little girls in Tortola, BVI.

Aristocat Charters is number one on TripAdvisor for Tortola tours. Their fleet consists of two 48-foot Privilege catamarans and a 32-foot WorldCat power catamaran. They take customers on day excursions that include stops along the way, snorkeling, paddleboarding, or just relaxing. The company sets out to give everyone “the best day of their BVI vacation.” Scott is an experienced professional captain, and the two have many sea miles under their keel, but none of that really prepared them for the realities of running a sail charter.

“What makes these islands so magical is that they’ve managed to keep it ‘quaint’ by limiting how many people they let in here to work. It’s a blessing in the long run, but creates some issues,” says Brittany.  “Even the process of buying the business required more than six months of interviews, doctor appointments, and paperwork. You have to be a little bit crazy, and a whole lot patient, to start and run a business down here.” 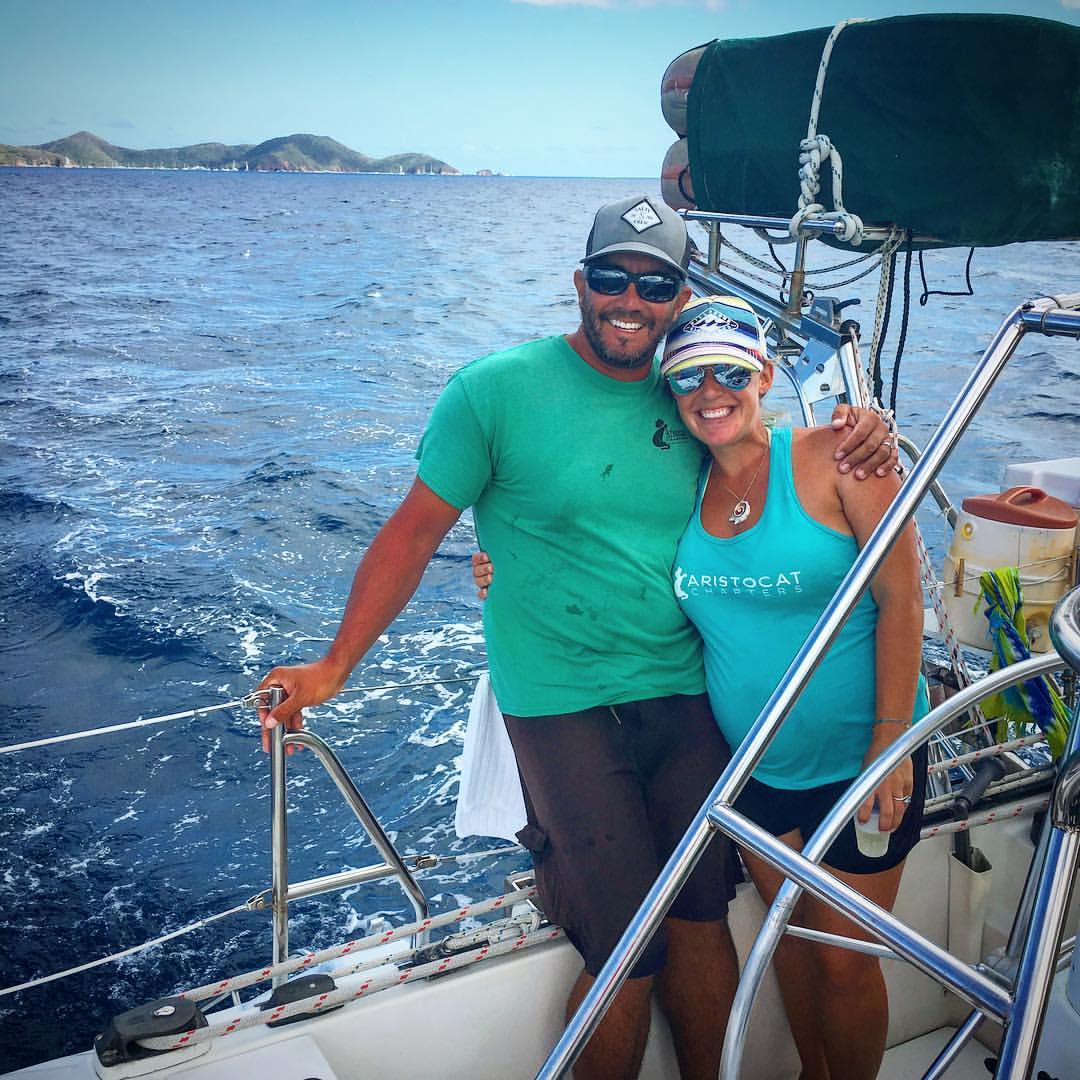 Working on island time with unfamiliar regulations in a new country means surprises pop up all the time. Brittany remembers finding their boats impounded with police tape when customs decided to enforce an obscure rule that many boat owners knew nothing about. “That was very stressful. Most day-boat companies, not just ours, got nabbed. We had no idea that we’d been in violation and would never knowingly do anything outside the law. We’re guests here after all with the privilege of being able to work here, and we are forever at the mercy of customs and immigration. Things like that happen a lot, and it can be not only very frustrating, but very costly as well. At best you get fined; at worst they will pull your trade license and work permits.”

All sailors know that boats are very demanding, and keeping a fleet in tip top shape for paying customers is a lot of work. The Meyers say that doesn’t leave a lot of time to sail their own boat that they live aboard. With three kids ages five and under and the business to run, this family doesn’t get a lot of down time together.

“My husband is literally working until the wee hours every night doing scheduling, answering emails, working on the website, putting out fires, making orders, doing monthly taxes, and coordinating repairs,” says Brittany. “Scott is working very hard to put systems in place so that he can take a little more time off here and there and we can do more as a family. But if you’re going to be doing a daily grind, why not do it in paradise where there’s no rush hour and where we can take our fast boat to a killer beach on a day off?” 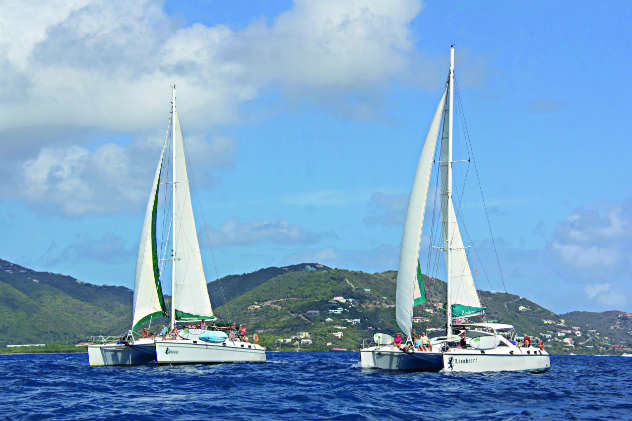 What comes through in their charter business and their lifestyle is that the Meyers love the Caribbean and love their life on Tortola. With all the ups and downs of working in paradise, this couple wants to share their passion for the BVIs with visitors and they love getting to do that through their work. “So many people fall in love with this place, and there’s a good reason for that,” Brittany says. “I’d also add it’s pretty incredible to see my husband, a former mechanical engineer, really thrive and succeed as a business owner. He works so hard, and it’s really paying off.”

The Meyers have some practical advice for mainland dreamers who might want to run off and start an island business one day. First, they say go live on the island you’re thinking of moving to for a trial period. Many people find the reality of life in the islands after “vacation mode” wears off isn’t necessarily a dream come true. For those who still like living on island time, Brittany recommends the book “Don’t Stop The Carnival” by Herman Wouk. She says it gives a very accurate and humorous account of what it’s really like to run a business in the islands.

The Meyers knew what they were getting into with their charter business, and they love the adventure. “It’s not easy. It’s a hell of a lot of work, but we are a little bit crazy. For us, it’s been worth it.”
aristocatcharters.com