Snowbirds: Ralliers Arrive in the Caribbean

The Salty Dawg Sailing Association has completed its eighth annual Fall Rally to the Caribbean.

The fleet of snowbirds departed from Hampton, VA, in early November for one of three Caribbean destinations: the Abacos, Bahamas; Virgin Gorda, British Virgin Islands; or Falmouth Harbour, Antigua. 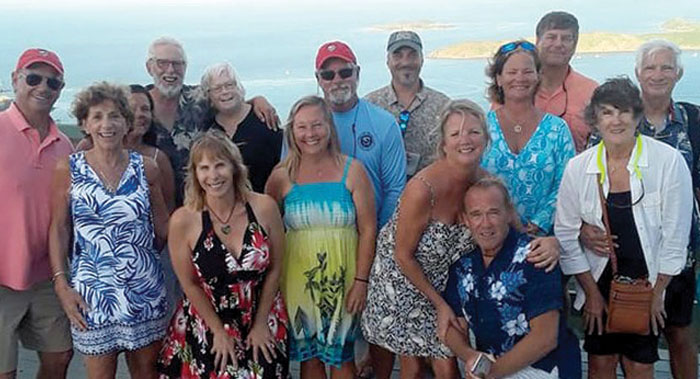 After about 1500 miles and more than 10 days at sea, the fleet of 70 boats arrived at their destination of choice. “The weather conditions for this year’s rally called on skippers and crew to make careful decisions based on their individual circumstances,” said Rick Palm, director of rally management. “Departures were spread over several days with a dozen skippers electing to stop in Bermuda for fuel, crew changes, or better weather conditions and enjoying island hospitality during the interlude.”

A wide variety of boats and crews

The participating boats were diverse, and crews ranged from couples to groups of four or five. The boats ranged in size from 37 to 70 feet. About 28 percent were multihulls. Six boats had kids onboard; seven had pets. Ten foreign-flagged vessels joined the fleet, and 18 different states of the U.S.A. were represented. About 38 percent of the skippers were veterans of previous Salty Dawg sailing events.

Adding some “interest” to the run south were the persistent southeast winds with winds spiking up to 30 knots and eight- to 12-foot seas. Beating to windward was the standard for most of the boats until they reached the trade winds as they neared their Caribbean destinations.

“It was a challenging passage with high winds in the stream especially with our broken autopilot, but it was also very rewarding,” said Kevin Ferrie, who sailed his Jeanneau 44 Serendipity with his wife Stephanie and four kids aboard. Kevin was able to fix his autopilot at sea, inserting cardboard spacers to re-establish contact with the brushes. A veritable MacGyver at sea. 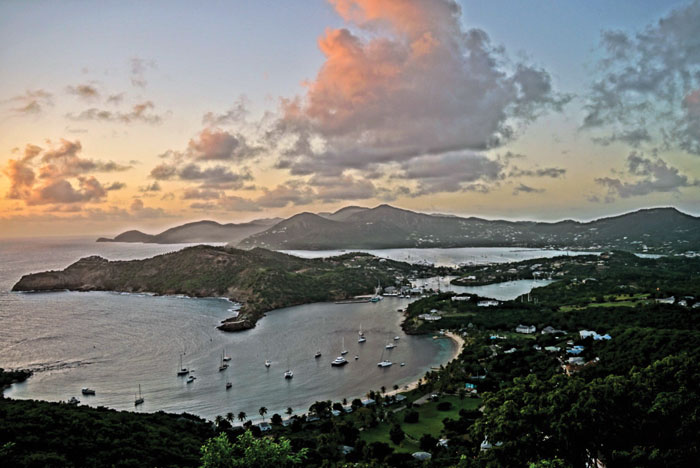 “After arrival in the Caribbean, we had cocktail parties, a welcome dinner, and cookouts on the beach with something going on nearly every day,” said Bob Osborn, SDSA board member and Antigua port captain. “New friendships were forged, and old friends were reunited. For some, this rally is just the beginning of a voyage for several years to distant lands that may take them west to the Panama Canal, into the Pacific, and wherever the winds and their whims may carry them. For others, a season in the Caribbean is a lifelong dream come true.”

Many boats from the Fall Rally will gather with other Caribbean cruisers to participate in the Salty Dawg Spring Rally back to the U.S., leaving in early May.

With an emphasis on safety, communication, education, and camaraderie, over 700 boats and more than 3000 sailors have participated in Salty Dawg rallies since the organization was founded in 2011.