He came so close in 2018, but didn’t quite reach his goal… So, SpinSheet Century Club member Tim Etherington made up for it in 2019 by logging 100 days on the water September 29 at the Old Point Comfort Yacht Club Thimble Shoals Race. Here’s a bit about his on-water journey this season… 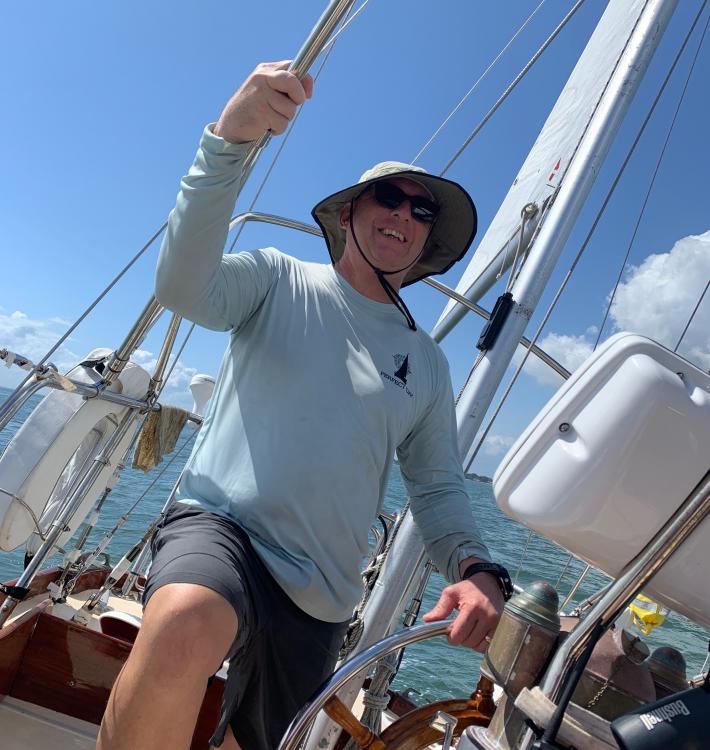 How many times have you been a SpinSheet Centurion?

This is my fifth time. I missed last year by a few hours. It would have been nice to make five years in a row.

Living right on the Southern Bay in a beach community, there is a group of Sunfish sailors that sail all year round. Starting with a New Year’s Day race with the big boats followed the next day by a race in the Sunfish and then at least a few weekends in January and February, we have many chances to get on the water. In addition to the normal activities, a friend asked if I would join him for the Annapolis to Newport Race. We went up the Bay early, and that helped in getting time in early in the year. 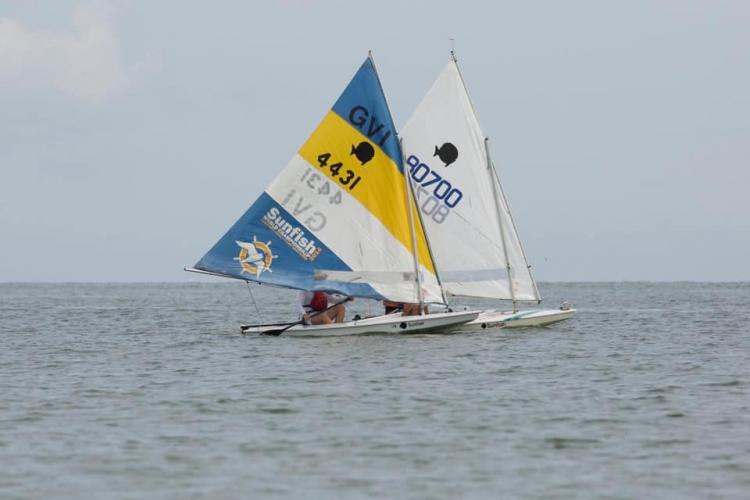 Obviously, the Annapolis to Newport Race was a big highlight. Coming from the Southern part of the Bay we sailed up early in the week and spent considerable time prepping the boat. The trip down the Bay was great, and then we sailed out into the Atlantic into a strong low pressure system with significant wind and waves,

The second would be sailing in the Sunfish Masters Championship. A little different than sailing locally with up to 12-15 boats to a start line with 40 boats and all on the line at the start.

The best one though is the cruising trip that my wife Karen and I went on up the James River for Labor Day weekend. We spent Saturday night at the Warwick Yacht and Country Club enjoying the pool and a live band.

Sunday we sailed to Cobham Bay and Chippokes State Park. We wandered around a plantation from the Virginia Company and right across the river from Jamestown. As a transplant, I am always amazed at the sailing opportunities in Virginia. 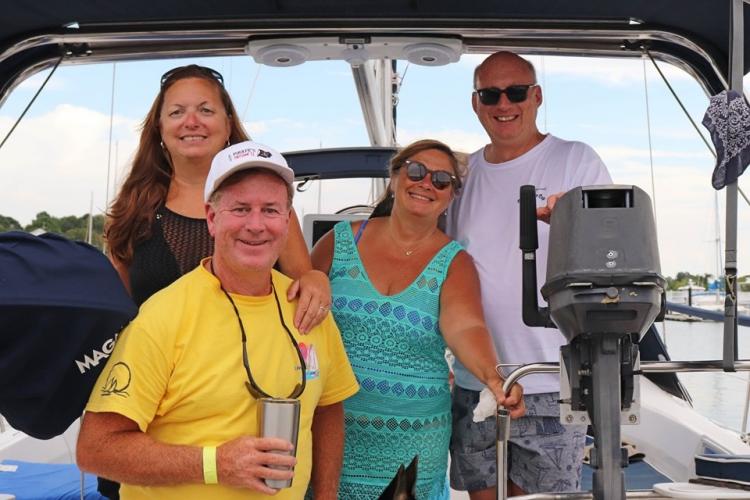 Did you experience any scary days (storms, emergencies, etc)?

I think the southern Bay has had more doldrums than scary days and thankfully no emergencies this year. We did end up withdrawing from the Annapolis to Newport Race as the boat was taking on water through the hull to deck joint, and we were unsure the extent of the leak at the time. With winds over 25 knots with gusts and larger waves, it was prudent to retire. 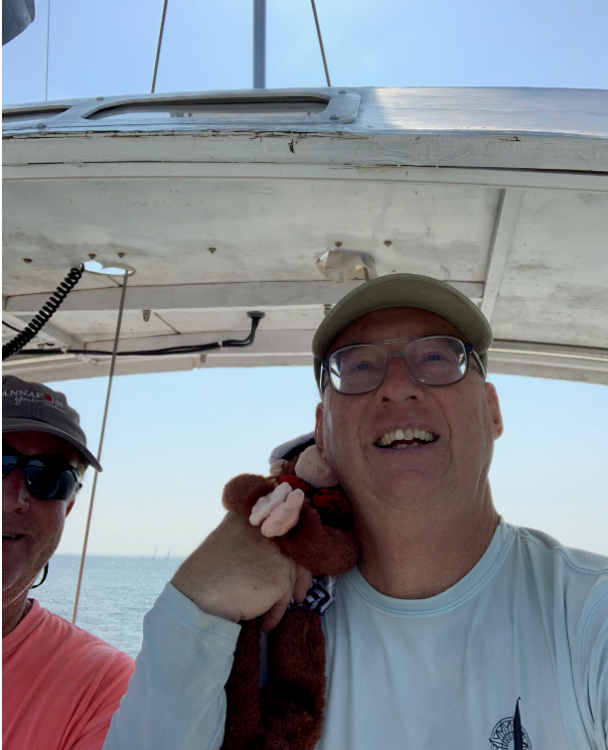 I love the feeling of being on the water. Sailing in the Sunfish you have a complete connection to the wind, waves, and currents that you don't always get a larger boat. Sailing is a quiet, relaxing way of enjoying time on the water. I love the history connection of where we get to sail as well.

Come out and join the club. You connect with other people out enjoying the water. There is a great get together at the end of the year, and you have bragging rights about spending that much time on the water. An old-time sailor, Dana Dillon, used to say that if you raced on New Year’s Day, you could claim to have raced on every day of the year so far that year.

CLICK HERE TO LEARN MORE ABOUT THE CENTURY CLUB AND SCROLL DOWN FOR MORE MEMBER STORIES.