The Chesapeake, a Unique Body of Water

The Chesapeake Bay is an estuary: a body of water where fresh and salt water mix. It is the largest of more than 100 estuaries in the United States and third largest in the world.

The Bay itself is about 200 miles long, stretching from Havre de Grace, MD, to Virginia Beach, VA. The Bay’s width ranges from four miles near Aberdeen, MD, to 30 miles near cape Charles, VA.

The mouth of the Chesapeake Bay is about 12 miles wide between its northern point near Cape Charles, VA, and its southern point close to Cape Henry, VA.

The surface area of the Bay and its tidal tributaries is approximately 4480 square miles.

Two of the United States’ five major North Atlantic ports—Baltimore and Hampton Roads—are on the Bay.

The Bay and its tidal tributaries have 11,684 miles of shoreline—more than the entire U.S. west coast. The Chesapeake Bay was formed about 10,000 years ago when glaciers melted and flooded the Susquehanna River valley.

The Bay is surprisingly shallow (as we sailors know!). Its average depth, including all tidal tributaries, is about 21 feet. A person who is six feet tall could wade through more than 700,000 acres of the Bay and never get his or her hat wet.

A few deep troughs run along much of the Bay’s length and are believed to be remnants of the ancient Susquehanna River.

The deepest part of the Bay, located southeast of Annapolis near Bloody Point, is called “The Hole” and is 174 feet deep. 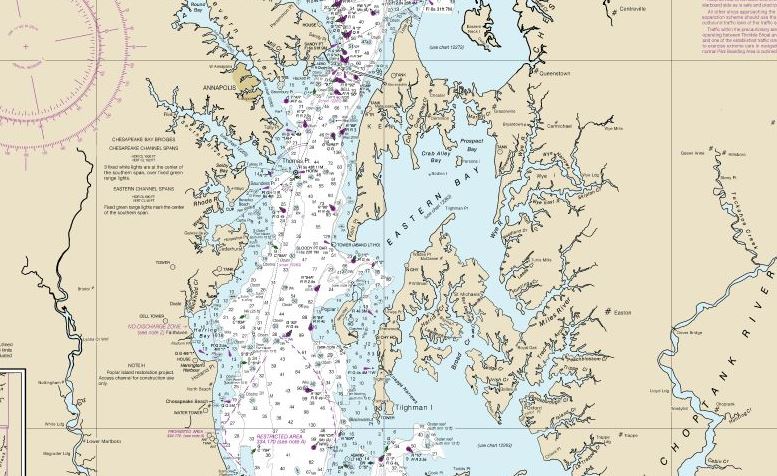 Major rivers emptying into the Bay include the James, York, Rappahannock, Potomac, Patuxent, Patapsco, and Susquehanna from the west and the Pocomoke, Wicomico, Nanticoke, Choptank, and Chester from the east.

The area of the watershed is about 64,000 square miles.

The Chesapeake Bay’s land-to-water ratio is 14:1: the largest of any coastal water body in the world. This is why our actions on land have such a big impact on the Bay’s health.

The Chesapeake Bay watershed is home to more than 18 million people. Ten million of them live along or near the Bay’s shores. About 150,000 new people move into the Bay watershed each year.

The Chesapeake Bay holds more than 18 trillion gallons of water. 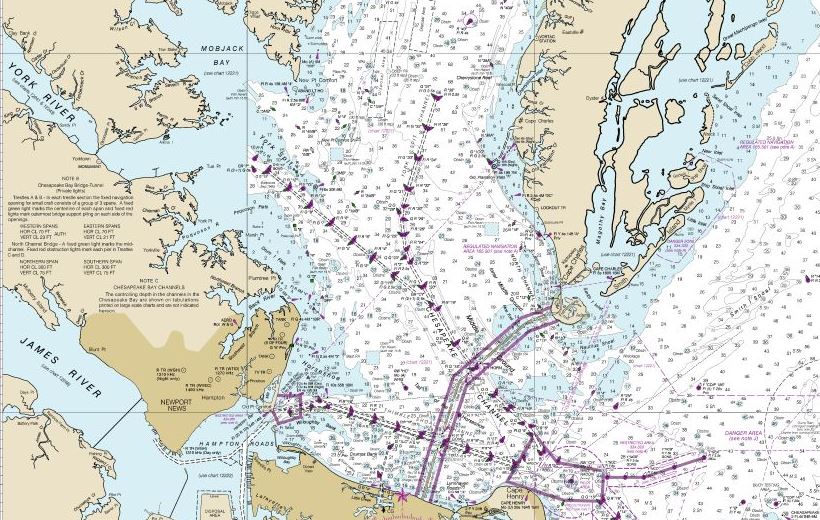 Approximately 51 billion gallons of water flow into the Bay each day from its freshwater tributaries.

The Bay receives about half its water volume from the Atlantic Ocean in the form of saltwater. The other half (freshwater) drains into the Bay from the enormous 64,000-square-mile watershed.

The Susquehanna River is the Bay’s largest tributary and contributes about half of the Bay’s freshwater (about 19 million gallons per minute).

Collectively, the Chesapeake’s three largest rivers—the Susquehanna, Potomac, and James Rivers—provide more than 80 percent of the fresh water to the Bay.

The Chesapeake Bay watershed has 150 major rivers and streams, but contains more than 100,000 smaller tributaries.

There are more than 700 public access points on the Chesapeake Bay and its tributaries.

Find more about the Chesapeake here.