The “Disasters” and Life Lessons of Sailing

Through the years I have found that some of life’s best lessons have been lain at my feet horribly disguised as disaster. 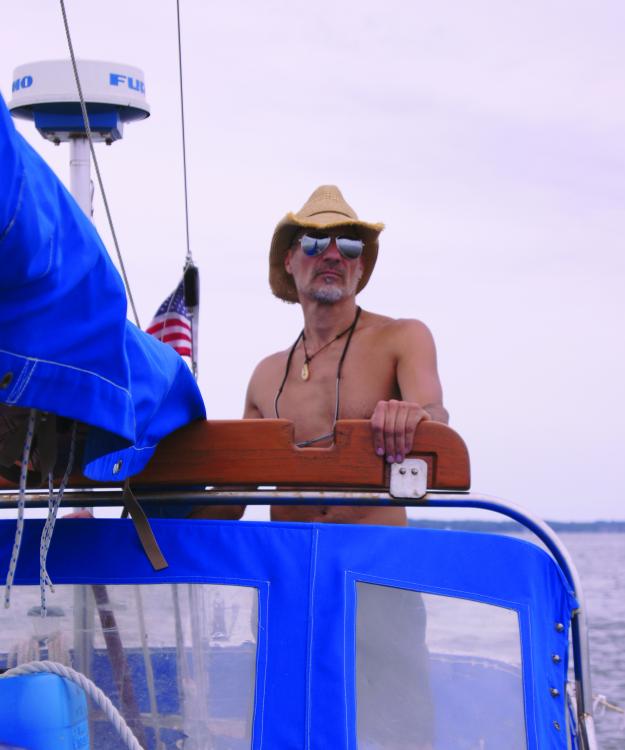 A number of years ago, still quite new to sailing, I spent a long but satisfying eight days working on Ave del Mar, hauled out in Deale, MD, for routine maintenance. My triumphant return to my marina in Eastport came on a Thursday, as I—equal parts pride and exhaustion—motored home under a glorious August sun that danced between Ave’s newly polished hull and the bejeweled afternoon waters of the Chesapeake. Making the turn towards my home in Back Creek off the Severn River the engine, without warning, fell suddenly and utterly dead.

What immediately followed was a controlled yet frantic rush as I checked engine components, fuel flow, and temperature gauges—my nautical version of a trauma triage. Drop the hook. Check the wind. Check the drift. Duck below. Work on the engine. Pop back up, and check the drift. Look for nearby traffic. Talk to the Coast Guard. Back below, try Plans C, D, and E. Calm, cool, collected. We’ve got this. Gather information. Ponder options. Evaluate conclusions. Regroup. Repeat. 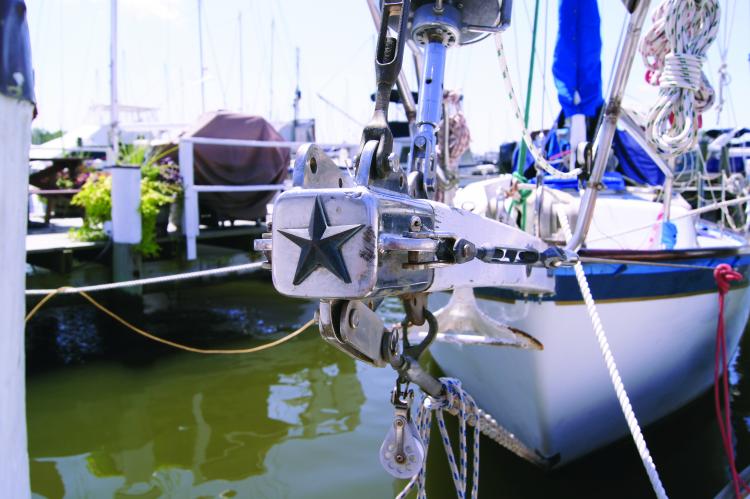 That was all well enough but after some period of time the engine made clear that it did not care to restart, and I ultimately decided to call for a tow. To my fragile beginner’s ego this was crushing—the rough equivalent of driving home from Christmas dinner at Mom’s house only to have the car die as I turn onto my street.

In short order the towboat arrived, tied off onto a bow cleat, and dragged us that short but painful last half mile home. A marina neighbor came out onto the dock to catch a line as Ave silently slid into her slip. Slowly, I tied her off to my satisfaction, put a few loose items in order, sat down in the cockpit, and cried.

I cried hard and deep, from exhaustion that was both mental and physical. I cried from frustration. I cried from horrible feelings of helplessness. I cried because I knew I had ruined my boat’s engine, had failed to prove myself as a captain, and had failed to pass muster as a mechanic. In pursuing my sailing dreams, I had put myself and my intentions in the public eye, and I was falling flat on my face. But soon the real lessons seemed to bubble up to the surface and they weren’t at all about engines or intentions. They were all about my head.

Gaining clarity I realized that the boat was not going to sink (probably). I was not going to die as a result of sailing (probably). I would have some degree of shelter (probably), joy (probably), and suffering (definitely) as my greater boating journey progressed. My reactions were (mostly) my own to control and choose and watch and contemplate. The stark simplicity of the boating world distills all of this down, exaggerating—or maybe simplifying?—the experience of all that crosses your path. 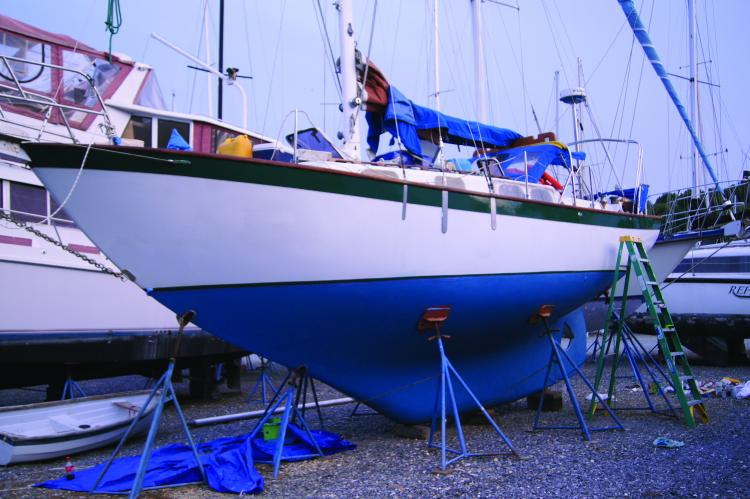 Over the next few days I refused to crawl into the engine compartment to determine the state of its affairs. I had rewarded myself with the decision that I would tackle that when I was rested, recovered, and happy, which happened a week to the day after my small misadventure on the waters. I found things to be a bit less dire than originally suspected as the engine, long assumed by me to be dead, suffered instead from a clogged fuel filter.

Looking back I tried to learn from my experience. I spoke with my sailing mentors, who gave me generally good marks for my reactions on the day of the mishap. In a busy channel I had alerted the Coast Guard of my predicament. I undertook a logical series of attempted fixes. And I knew when to say “uncle” and ask for help.

It seems that everything I had perceived to be a certain way had in fact been far different, from my certainty that I had ruined the engine to my own feelings of doom and gloom about my abilities.

This time it was a fuel filter. There was also the day that I dropped a $200 turnbuckle into the river. There were the times that parts failed, leaks reappeared, and issues solved later declared themselves to be anything but. These lessons pop up over and over, cracks in the sidewalk of my life. When you see them clearly, they’re almost insignificant, but should you get caught unawares, they’ll surely send you tumbling down.

I thought that I wanted to sail so that I could experience life more fully, more intensely. Little did I know that it has less to do with casting off those lines and catching the wind, and more to do with my own head and the lessons of life. These lessons grow quick and strong in my little Petri dish of a boat, and I couldn’t be happier about that.

About the Author: Liveaboard cruiser John Herlig is a published poet, a public speaker, and host of the upcoming podcast Seabird. He can be reached at avedelmar.com.