BCYC Spring Cruise and Change of Watch Planned for May 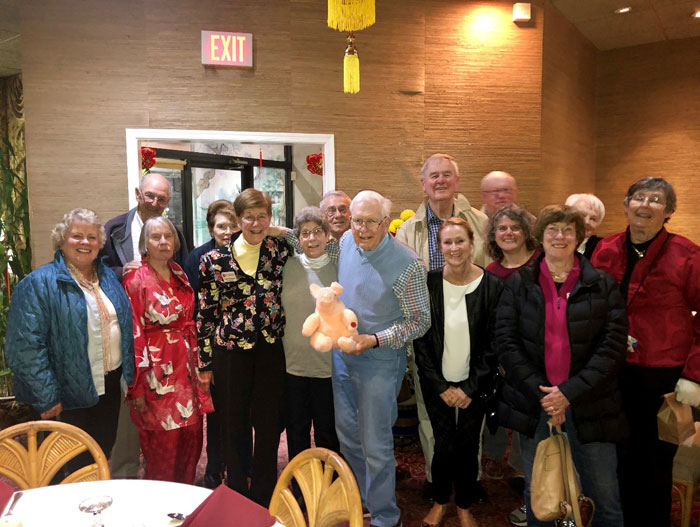 The New Year is underway with social events for members of Back Creek Yacht Club in Annapolis, MD. Marcia Hurst and Tony Cook hosted a January After Holidays Cool Down party in Annapolis, and the club celebrated the Chinese New Year of the Pig, hosted by Wally and Molly Stone, at Jack’s Fortune Restaurant in Bay Ridge. On March 16, the club will celebrate St. Patrick’s Day, and in April it will hold a Sunday Brunch.

Fundraiser, Change of Watch, and Srping Cruise in May

Activities really get going in May, with a barbeque Cook-off, the South River On the Half Shell fundraising party, and the club’s Change of Watch party at the Naval Academy’s Officer’s Club. The club’s Spring Cruise will start on May 23 and go through the end of the month.

During December through March, club members who went to Florida for the winter have gathered around Stuart, FL, and have had a full schedule of parties. Some bring their boats down so they can sail essentially year-round. A well-attended holiday party was held December 20 in Stuart at Mulligans to celebrate Michele Sanger’s birthday. The Florida group’s Season Opener featuring former commodore John and Pam Loving, now Florida residents, was held January 6. Other social events included a February tour of the organic garden in Stuart  and children’s books were contributed to be taken to a school in the Bahamas. A Jazz Brunch, will be held March 3.

Check out more events here, and come join the fun.