A Hoosier Cruiser at Tangier Island

A Hoosier Cruiser part 2... Hood plotted our course for forty miles up the bay to Tangier Island. We motored up the Chesapeake in light winds while we enjoyed the break from the constant work of sailing. It was a peaceful ride over smooth seas. 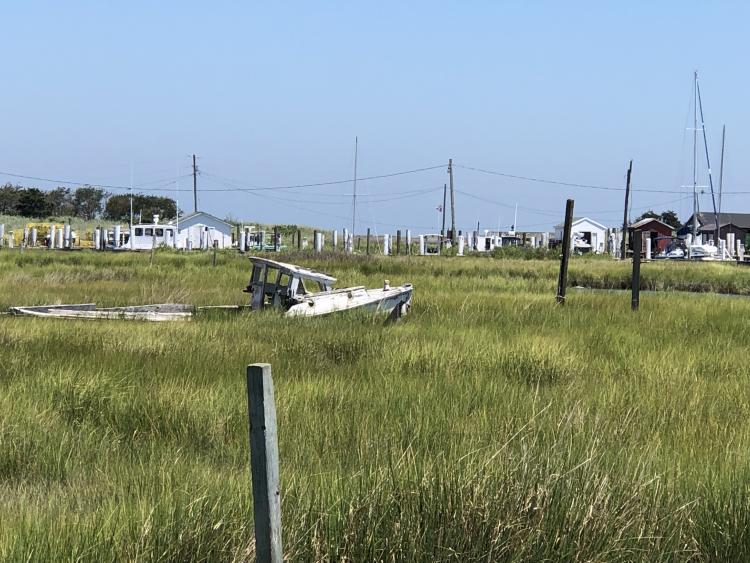 We picked our way through the crab pot buoys and anchored in Cod Harbor on the south end of the island. NOAA predicted southwest winds shifting to the west. It was a nice, protected place to anchor. We lowered the dinghy and motored into a little shallow creek past the menacing ospreys protecting their nests and the “Christ is Life” cross up to the Hoisting Bridge. We tied up next to the hardtop path and were immediately offered a ride by an old couple in a golf cart.

The old man asked in his unique Tangier dialect, “Yous-a come in on that little dinky dare?”

I could not see Euphoria from where we were, but he knew. I guess the whole island knew. 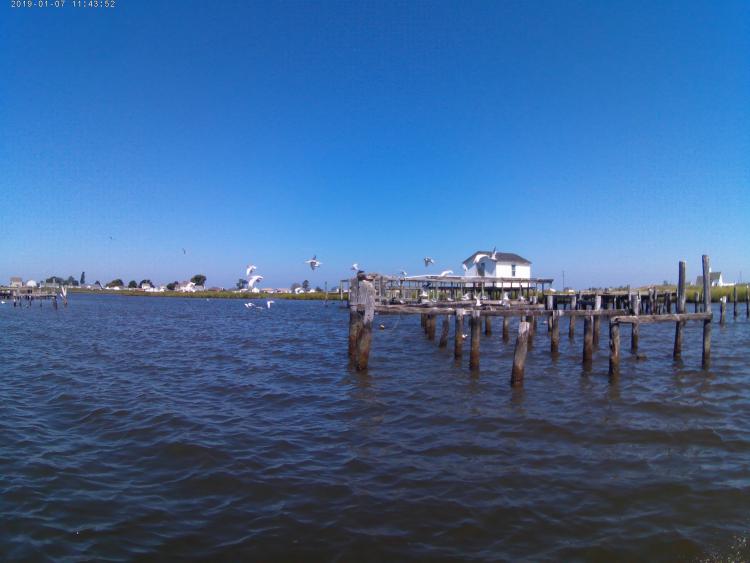 They drove us around the narrow paths past dozens of folks out riding bicycles and golf carts and walking. It was Sunday evening. Everything was closed. We passed their two adult daughters out for an evening stroll. We all exchanged pleasantries. When the old couple’s golf cart battery got low, we pushed it over a wooden bridge and took our leave.

The next day, we motored the dinghy in again past the big white cross planted in the salt marsh and the screeching ospreys and went in search of a sailors’ bar. Damn it all if it ain’t a dry island. We walked around until hunger overtook us and we ate at a little diner. I had soft shell crabs and sweet tea. I managed to survive the experience.

Tangier Island is so different it could be another country. The dialect is straight from the seventeenth century. The homes are small and there are almost as many Israeli flags as American flags. The Trump flags are too numerous to count. They even once shot a boy for not attending church. 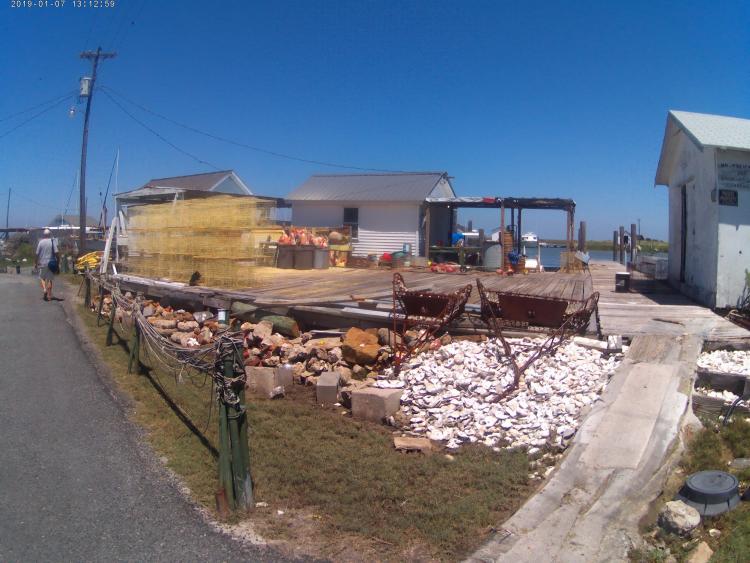 Bud Connorton, the town Sergeant, while enforcing a Blue Sunday law that required everyone to be in church during church hours, shot seventeen-year-old Roland Parks for sitting on his brother’s porch instead of being in church. Sergeant Bud Connorton was later shot dead and his case is the only unresolved murder in the island’s history.

We headed out from Tangier the next day. We motored against the southwest winds as we headed into the wide Chesapeake. The engine overheated. I told Hood to head back to our anchorage. Just as we turned around the weather bulletin alarm went off on the VHF radio and the Coast Guard issued a special marine advisory.

We sailed into our previous anchorage, dropped the mainsail, and set the anchor in fifty knot winds. The storm rolled Euphoria over on her side as Hood pulled down the mainsail hand-over-hand and I clung to the bow pulpit as I tied off the anchor rode. We secured everything and the ground tackle held. We drank the last of our essential stores.

Just after dark, another storm warning sounded. The winds picked up. They blew so hard I thought we were in a tornado. It was the only way my mind could wrap itself around the severity of the squall. I looked through the companionway hatch and watched the dinghy lift into the air and turn three flips. The dinghy seat flew away like a sycamore leaf. The little inflatable landed with the engine in the water. Euphoria’s bimini top ripped off. The mainsail came loose from its ties. It filled with rushing air making thunderous claps like cannon fire. NOAA reported seventy knot winds.

I have never experienced a storm like that at anchor. It will be just fine if I never do again. It stormed two more times that night but not as bad. The winds howled all the next day and we stayed put. We had no rum and no beer. I had a little wine, headache-in-a-box Hood called it, but we were weather bound on a dry island. It seemed like a bad episode of the Twilight Zone. 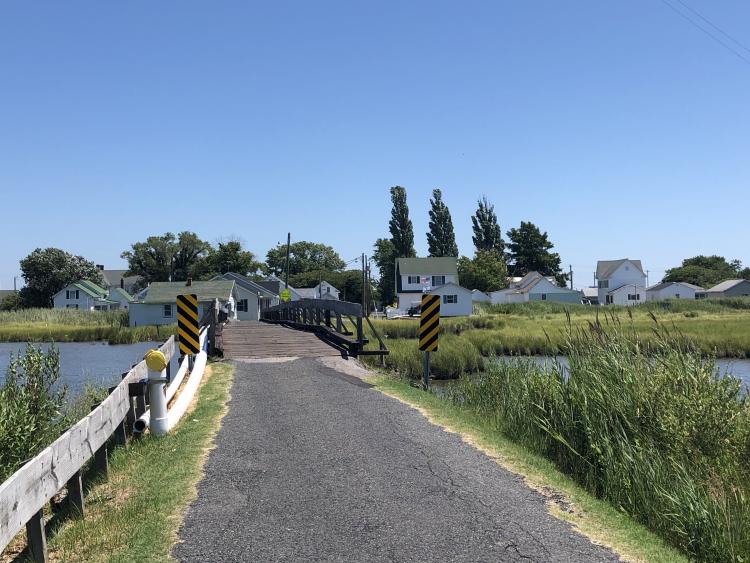 By noon of the following day, our third day on an alcohol-free fortress, we finally managed to sail away. To use the engine one of us had to stand in the companionway and pour water continuously into the reservoir.

We made it to Fairport Marina in Reedville, Virginia and motored up to the dock. Hood, taking on the role of chief engineer, kept the engine cool. Two well lubricated fellows helped me tie up.

Hood stuck her head out of the companionway and said, “Please tell me the whole county isn’t dry.”

“Dry? No. We just took a three-hour lunch and we drank the most of it,” said one of the men on the dock.

We secured Euphoria and rushed up to the little bar for a shot of terrible bottom shelf rum that was wonderful. We ate a great supper and made sailors around the world happy with our alcohol intake.

The next evening, we ate at the house of two of the marina’s employees. The marina is staffed with great people.

This was the end of the line for Hood on Euphoria. She joined the boat, less than a month before, to learn to sail. She accomplished that. I would sail anywhere with her. She is good crew and eager to learn.

I am glad she came along. I have never sailed with a woman who was crew and not a lover. It was good.