How Boring Days at Sea Prepared One Sailor for Quarantine

As a young man dreaming of the sea, I read all the great authors, from Nordhoff and Hall to Defoe and Melville, but the writer who ultimately fascinated me the most became Captain Joshua Slocum. Some passage in an excerpt piqued my interest; it was an offshore passage wherein he described calling out orders to his crew on deck, and then answering them himself, as he sailed his boat solo around the world. 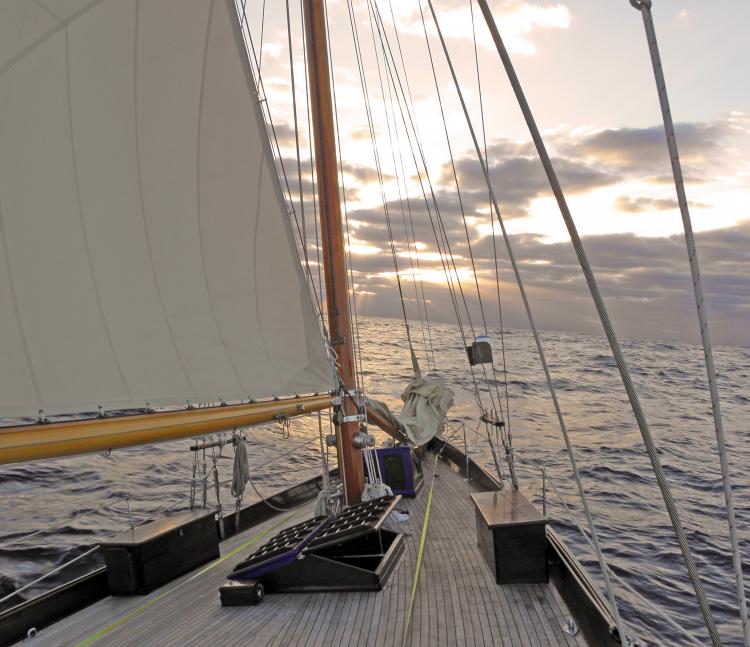 Thus, I checked out a copy of “Sailing Alone Around the World” from the school library and began to read. “Sailing Alone” is a book full of wonder, humor, and surprises, not the least of them, I found, being his description of spending day after day reading books in his cabin as his 36-foot antique wooden sloop Spray sailed herself, seemingly, across the broad Pacific.

Before he departed on his globe-girdling voyage, he accepted donations of books from well-meaning friends, and had assembled a respectable yacht library aboard to help him pass his idle moments. How, I asked myself quizzically, did he ever find the time to read books while sailing across wide expanses of the world’s oceans? Did he not need to be steering his boat all the while? 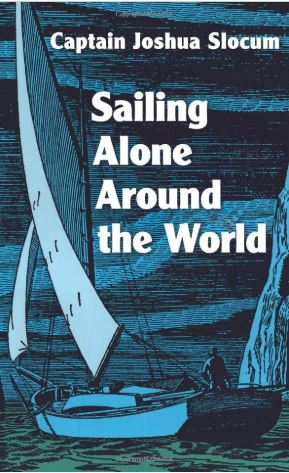 Many years later, I came to understand the ‘why’ of this when I found myself in the cabin of a 45-foot catamaran, heading to St. Martin on a vessel delivery, staring languidly out at the horizon in late afternoon. The sea was fairly calm and smooth; we had been at sea for several days and we still had a few more days to go, motor-sailing along with the autopilot engaged. This is boring as hell, I noted to myself. But long passages can be that way. When there are no storms at sea, travel can be rather monotonous.

I looked around for reading material, and the pickings were bleak; a few badly-outdated cruising guides to places I never wanted to visit, a book concerning how to troubleshoot diesel engines, and The Rules of the Road – and precious little else. I yearned for just a shelf of Slocum’s library, but this yacht that was my charge for this trip was apparently not owned by a voracious reader, nor had it been. I was, well, stuck, as much as anyone could imagine being on a long voyage. 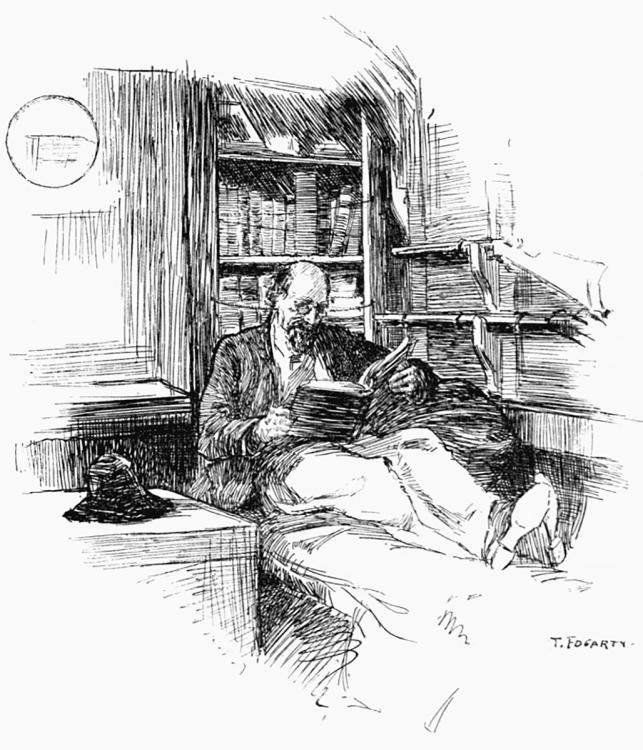 On long passages, the horizon never changes; it can be seen clearly, or not seen at all, but it is still the horizon, unbroken by islands or the features of a coastline. You can’t go for a walk, of course; step off the boat and you drown. When there are no storms at sea, one finds oneself wishing for a shorter trip.

Even though you are moving along at 6 or 7 knots, since there are no reference points such as lighthouses or promontories, the motion is meaningless; you watch the knots tick off on the chart plotter, you watch the foam from the bow wave slide astern, but for all you can tell you are not progressing a single inch across the seemingly endless expanse of ocean, even though you know that in fact you are.

I thought about this a few weeks ago when this whole global virus pandemic of 2020 came about, and people everywhere were ready to jump out of their skins in panic over confinement. I almost began to grow stressed myself until I realized that being confined to one’s home is not much different from being on a long sea passage on a small boat, except that in fact you aren’t going anywhere at all, apparently or not; there is no motion. But on the plus side, you can step outside into your yard without drowning, watch the birds on the feeder, and your house is generally larger than a 45-foot sailboat, and you have other amenities such as satellite television that you do not have on most boats, or that I had on the generally dodgy derelicts that I have at times been tasked to deliver.

The downside of a ‘home passage’ is that when you wake up in the morning you are no closer to Tahiti than you were the night before, but at least you are in your own bed and it isn’t rocking. You generally have more to eat, for on a boat, if you provision well before you leave, you have enough for  the trip, and there is no need, nor stowage space, to hoard toilet paper or any other items not needed in excess of amounts practical for consumption. And, hopefully, you have more reading material.

I suppose that what I am saying here is that one might as well be philosophical about the whole business and regard it as one would think of a long sea passage, but without the inconvenience of the occasional gale. Take time to go outdoors into the backyard and look at the sky. At sea, there are no forests or land features; so after a while we begin to notice the sky, the clouds, and the mesmerizing interplay of light and color that creates a constantly changing kaleidoscopic world, nature’s light-palette, something that we rarely take time to notice when on the land.