Switching Teams from Monohull to Multihull

Which Team Are You On?

There are two teams in the sailboat world. There’s Team Monohull and Team Multihull. These teams love to debate, trash talk, compete, and compare. They have loyal followings and rarely cross party lines. But every once in a while there is a defector. There’s someone who sees beyond the salty rhetoric and glances over the boom at the other team. 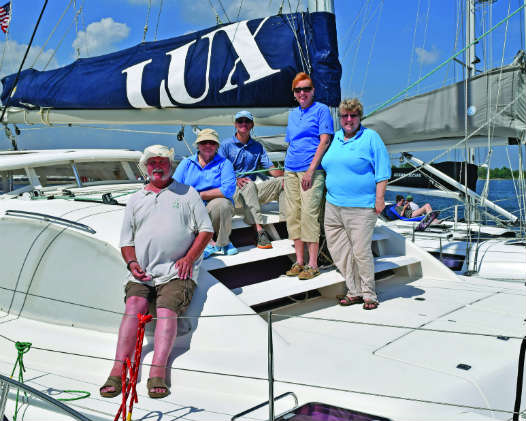 Annapolis sailor Terry Slattery was on Team Monohull. He and his wife and three friends shared a Westwind 38 that they sailed for 14 years. Terry recalls his perfect monohull sailing days out on the Chesapeake.

“There were some days on our monohull where I would take the boat out in a nice 10-15 knots of wind. I would be out there with my arm on the rail and the other hand on the wheel just taking it all in. I’d head from Whitehall out to Kent Island and then to Thomas Point and back, just a few hours of perfect sailing.”

Terry didn’t mind the not-so-perfect sailing either, but he wasn’t alone in this deal. His wife and their three friends often sailed together, and he began to hear some rumblings of discontent over the years. “I’m tired of heeling. It’s so uncomfortable. I’m sick of waiting to tack so that the head will be usable,” Terry remembers.

And then there was that day…

All five of the friends remember that day. They were on the Little Choptank on what Terry describes as a great sailing day. He admits the conditions were what he’d call “on the edge.” On the edge of comfortable, on the edge of dry or wet, on the edge of seasickness and stability: he could see it in the eyes on his crew. He said his wife and the wife of his friend were unhappy, uncomfortable, bruised, and officially finished after that fateful day in 2011. 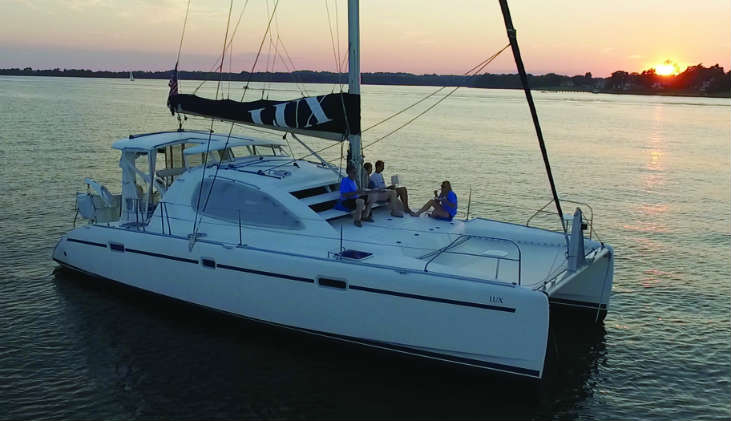 What’s a sailor to do? He realized he had some choices ahead of him. One choice was to stop sailing. Ha! That wasn’t going to happen. Another choice was to switch to a powerboat. No, he just couldn’t bring himself to make that jump. He’s a sailor at heart. Another choice was to start sailing alone, without his wife. However he was worried that would lead down the path to losing  his wife all together, and he didn’t want that either. The next obvious choice to stay sailing and keep his wife and their friends comfortable was to switch teams and start shopping for a multihull sailboat.

Terry and his friends started shopping at the usual multihull dealers around the Chesapeake to see as much as they could. In October 2011 they booked a charter out of Rock Hall, MD, and spent five days sailing a Jaguar 36 catamaran. He said that was a critical turning point in their transition from monohull sailors to multihull sailors.

“The charter was absolutely essential. It allowed us to experience catamaran sailing first hand and really wrap our heads around what we liked and didn’t like. After that five-day charter on the Jaguar 36 we created a three-page document filled with likes and dislikes, have-to-haves, and like-to-haves for our future catamaran.” 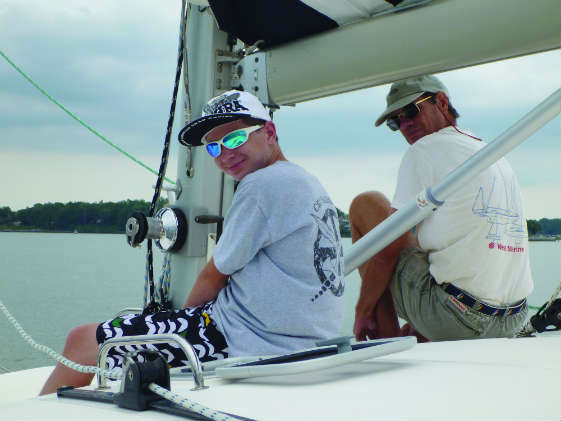 They took those notes from the charter and started looking online, using their collective wisdom as a guideline to narrow the search. They knew after that trip exactly what sort of galley configuration they were most comfortable with, what sort of cockpit layout made the most sense for their group, how many cabins they needed, and so on. After lots of looking and talking to brokers all over the place, they found the boat down in Tortola. She’s a 2005 Leopard 40 named Lux. They brought her to the Chesapeake in May 2012 and have been sailing comfortably and happily ever since.

Five friends with no regrets

The five friends have no regrets about switching teams. Terry does admit that the picture perfect sailing days leaning into the rail just don’t happen on Lux. It’s a different feel, and he misses that sometimes, but apparently he’s the only one who misses it. His wife and friends are happy sailing in all conditions now, and that makes him happy too. They say nothing beats the comfort of a multihull on a November day heading south. They are cozy and happy on their cat. 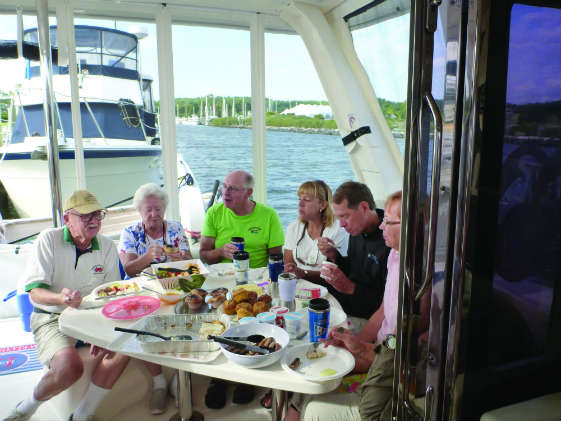 Having been on both teams, Terry doesn’t preach to the other side trying to convert them over to the flat and wide side of sailing. He really feels that in the end, choosing between monohull and multihull all comes down to personal choice. He won’t claim one or the other as superior. He won’t try to talk you into anything. It seems Terry has reached that point of sailing enlightenment where he just sees boats as boats, and sailors as sailors, and doesn’t care which team you’re on: true nautical nirvana. ~By Cindy Wallach

This was part two of our four-part 2018 multihull series.

Find part one of our multihull series here.