Classic Boats: Bruce Kirby on the Laser and Tango

Kirby’s Laser and Tango and Conversations With Classic Boats

This past winter, I was able to visit the vast storeroom of Mystic Seaport Museum, the Rossie Building, where hundreds of archival watercraft slumber. Great boats make for great stories.

I picked a pair of craft from the Mystic fleet. They happened to have a common designer who penned their plans 23 years apart. He is a marine polymath, racer, designer, and writer: Bruce Kirby. In the introduction to “The Bruce Kirby Story: From the River to the Sea,” Nat Philbrick says, “No one has done more for the growth and popularity of sailing than Bruce Kirby… a natural storyteller…” 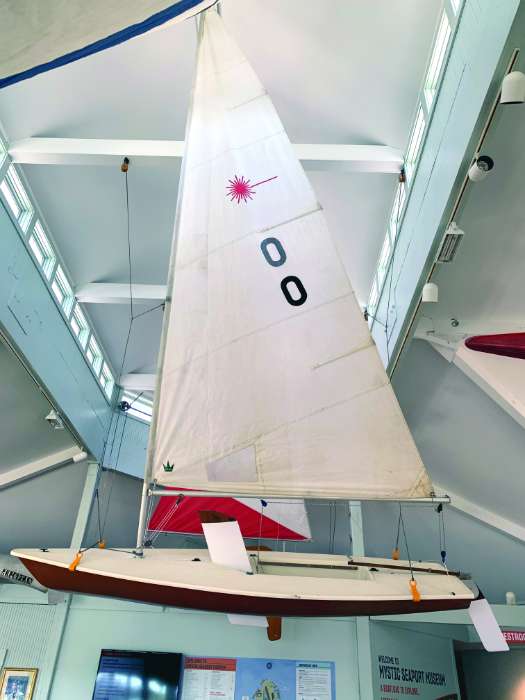 The birth of the Laser

One Kirby design has been flying high off the floor of the Mystic Seaport Museum’s visitor reception center. This is Laser #0, his personal boat, bright red. Since the early 1970s, more than 200,000 Lasers have been built with virtually the same hull and rig. In his memoir Bruce spins his memory of how he created his first boats.

In Chapter 1: Toy Boats, he writes, “If starting small is the key to success, then I must have stumbled upon the right idea well before the age of 10. Along with two or three friends I became engrossed in carving and sailing tiny boats that had square sails made of cardboard… These little models or ‘toys’ as my mother called them, were solid wood, usually white pine, and had keels made of sheet metal…”

Kirby drew the design for the Laser in October 1969 at his Stamford, CT, office of One-Design and Offshore Magazine (now Sailing World), of which he was editor. He originally designed a “cartopper” called “The Weekender.”

In 1970, “The American Teacup,” a design “bakeoff,” the boat debuted. The Danish-born, Canadian Olympic Silver Medalist Hans Fogh sailed it to a first-place tie in the regatta. Fifty-two years later, who doesn’t know the Laser? (Read more at kirbytorch.com and laserperformance.com.) 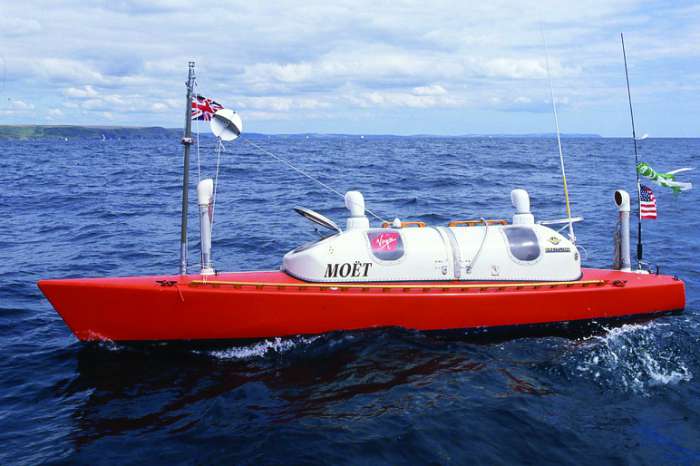 Kirby had a nimble mind as a designer. The Tango project kicked off when Dwight Collins, a former Navy Seal, called Bruce and announced he wanted to set a transatlantic record for “a human powered boat.” The concept was a boat with a propellor that was pedal-powered. The hull was canoe-like with low wetted surface. Imagine pedaling 20 hours a day for almost six weeks!

Collins left from Newfoundland in spring 1992 and spun the gears for 40 days. That was 14 days faster than any self-propelled boat had done before. His only mistake was not contacting the Guinness Book of World Records when he finished. The record was not recorded.

Be sure to see Laser #0 up in the sky and Tango sitting out front at the Mystic Seaport Museum’s exhibit, “Story Boats: the Tales They Tell,” through August 14.

Thanks to Mark Smith at Kirby Smith Publishing, LLC for excerpts from “The Bruce Kirby Story: From the River to the Sea” 2021.