Charleston Teaser and Kennedy Cup: Here’s your Racing Roundup for the weekend of November 4-5on the Chesapeake.

It’s not over until… well, unless you’re frostbite racing—this whole Bay racing thing is pretty much over for 2017. So before we recap last weekend’s Kennedy Cup in Annapolis, here’s a little teaser for anyone contemplating Sperry Charleston Race Week, which is only six months away, April 12-15. Time to start planning! 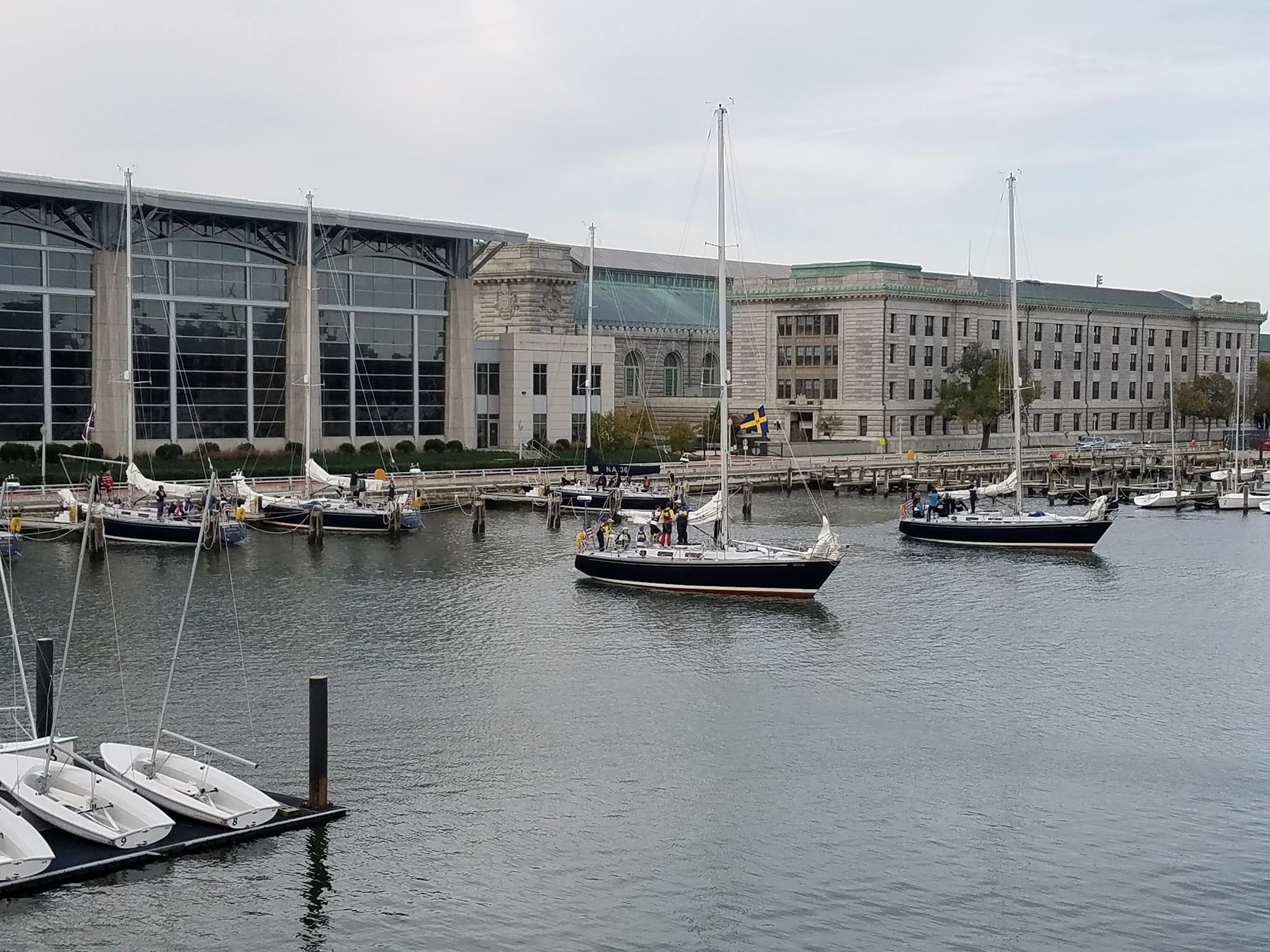 Ten teams showed up at Navy (Nov. 4) to contest the Kennedy Cup aboard Navy’s fleet of 44’ sloops. Although most wind forecasts called for the breeze to veer and die, it actually built and then held for the first two races then tapered off but stayed left for the final two races.

Navy started out strong winning the pin end in race one and stretched out to take the bullet. Coast Guard took the hint and nailed the pin for race 2 and also won the race. USF won the pin in race 3 and guess what… they came first! 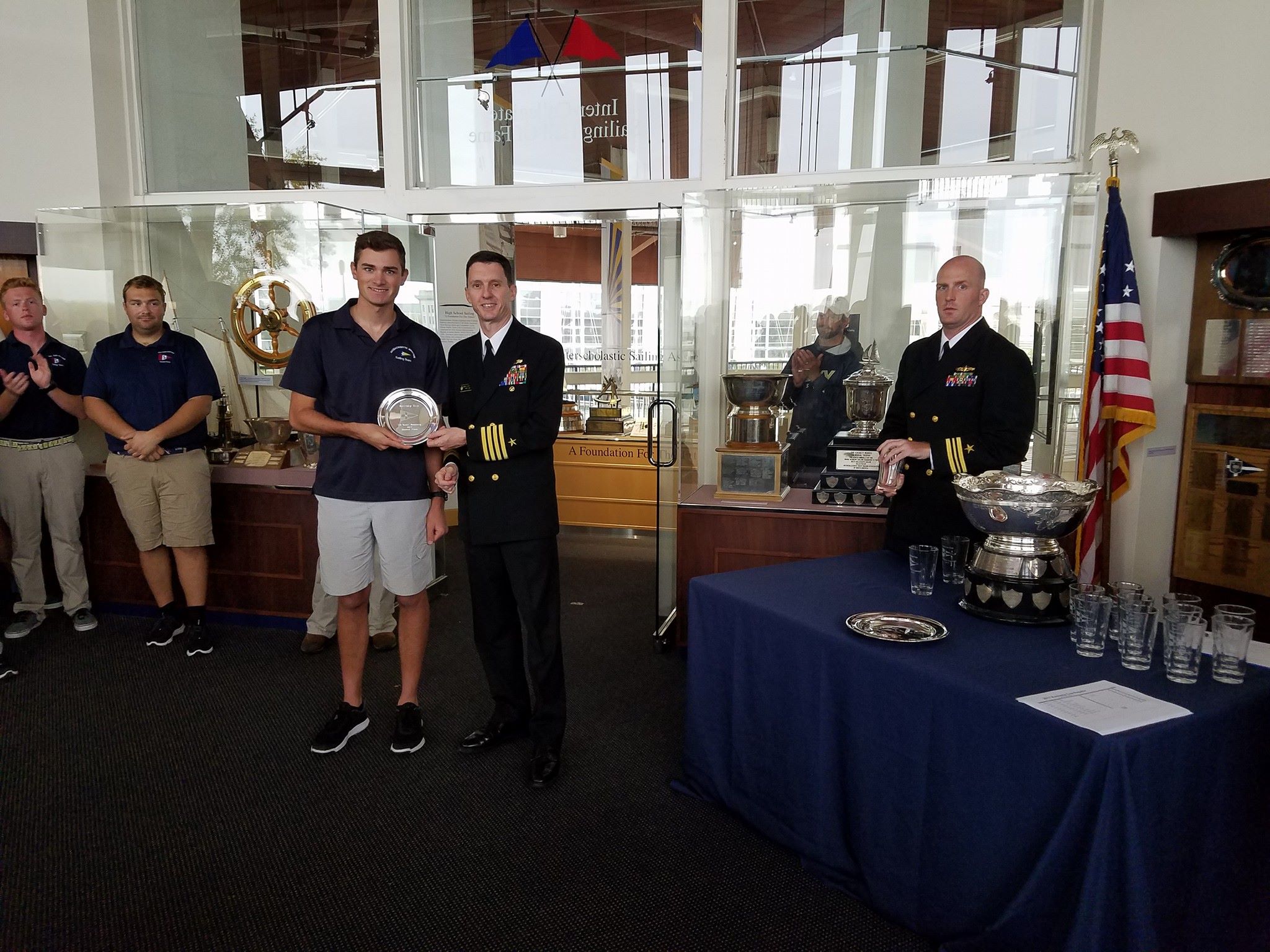 In the 4th race, Mass Maritime barely scraped by the pin and… you guessed it—won the race... Getting left was the order of the day, and those that managed to find and hold a lane left early were usually rewarded.

At the end of four races, the consistent sailing by USF (3,3,1,4) has them at the top of the leaderboard, 6 points ahead of second place Mass Maritime and 7 ahead of Charleston…

Sunday, November 5 started out more or less on forecast with a light but sailable southeasterly. But as time for first warning approached, it lightened up and shifted hard right prompting PRO Paul Clissold to hoist AP. 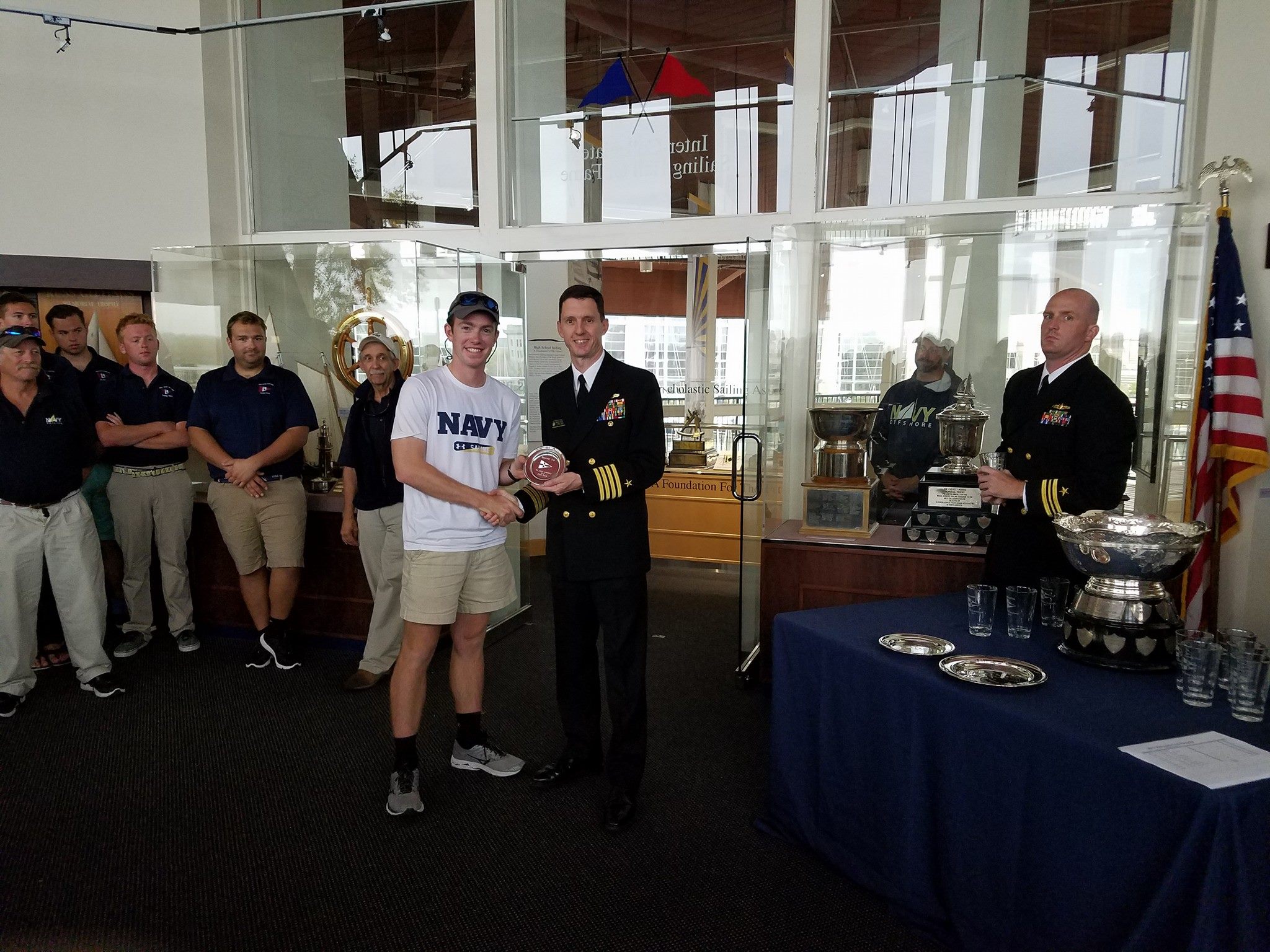 The breeze remained light for over an hour as the fleet waited nervously to see whether races could be had. The wind did fill back in around 6 knots from the SSE, and race 5 was started. SUNY pushed Navy and themselves over at the pin while Charleston was over mid line. Up the first beat Cal led out of the left then to the starboard layline. Mass Maritime was a few lengths back in second and leader USF was third.

Navy rounded 9th but was first to gybe and found a seam of breeze to come back across which allowed them to make big gains moving up to 4th at the gate. Navy crossed and tacked on USF but got tacked on by Mass so the top four rounded as they were at the bottom.

Mass nipped Cal at the finish to take the win and preserve their well-deserved 2nd place for the regatta. Cal held on for second while USF crossed 3rd for the race giving them the consistent scoreline that won them the regatta (3,3,1,4,3). Navy finished 4th which moved them up to 3rd overall one point ahead of Cal. 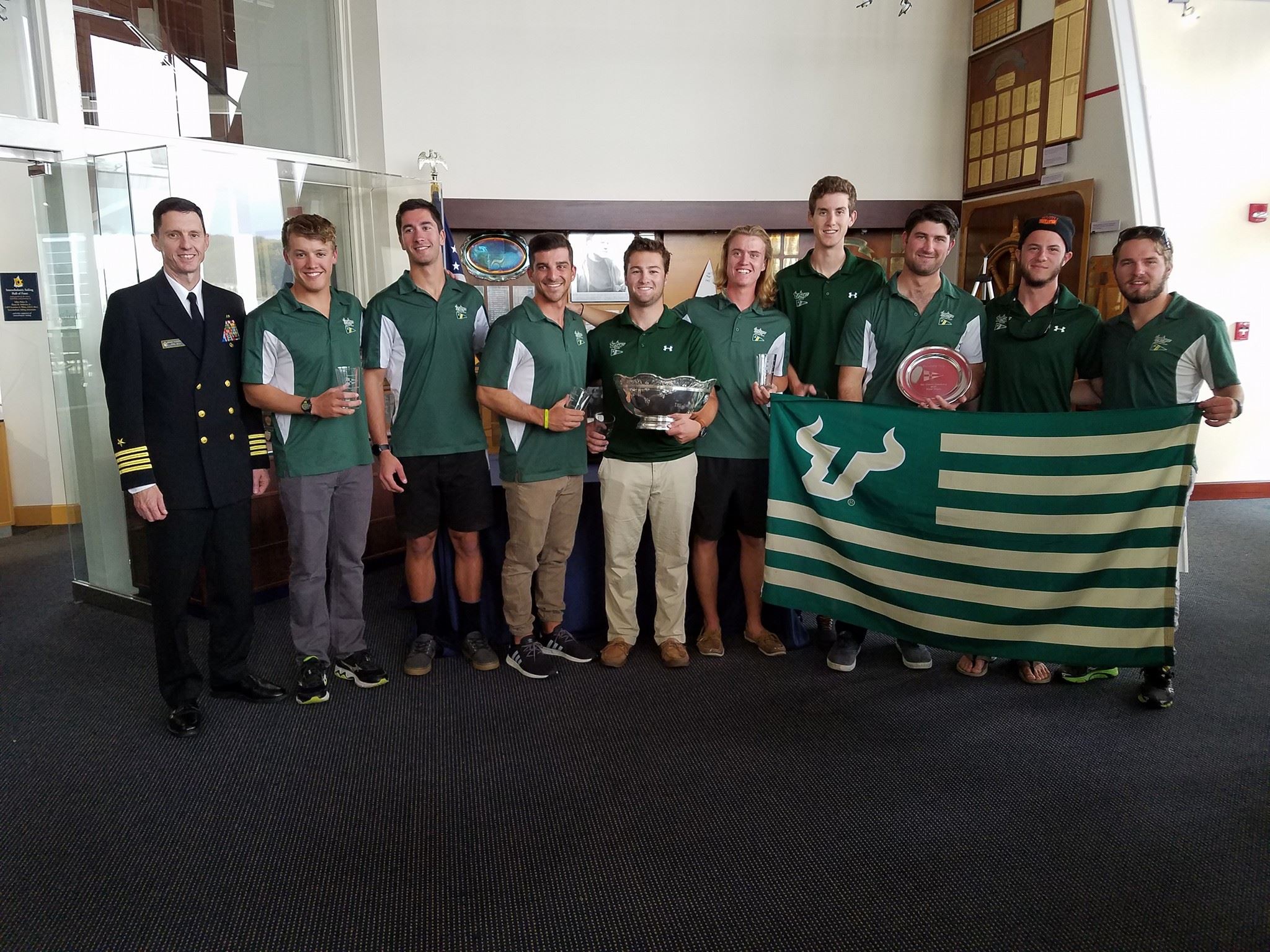 And lastly to our jury who thanks to the good behavior of the competitors were not needed to hear any grievances: Chair Dan Trammell, and his jurors Maureen Mills, Nelson Pemberton, Taran Teague and Dick Lunsford.

Here’s the latest from Lin McCarthy’s Southern Bay Racing News You Can Use:

The partaking of the post-race hot buttered rum at Rebel Marine was a success, too, along with the Chili Cook-off..

Frostbite Race 2 is in the books!  Race 1 of the Series fell prey to foul weather a week ago Sunday, but Race 2 came off yesterday just fine. Sixteen (16) frostbiters sailed in Hampton Roads Harbor in mostly light-but-doable breezes.

Racers at this annual event got in a great day of racing on Saturday – 6 races on flat water in great breezes.

Much lighter breezes led to 2 races on Sunday before the fleet headed for the barn and the awards presentation.

Results for the following fleets were not available from the event at press time due to technical difficulties: SONAR (6 boats), LIGHTNING (8 boats), and Other (4 boats):