Chicago to Mackinac Race Man Overboard in the Night

Here is Hampton sailor Mark Wheeler’s first-hand account of being that man overboard in the night during the 289-nautical-mile Chicago Mackinac Race last week onboard the Farr 400 Meridian X: 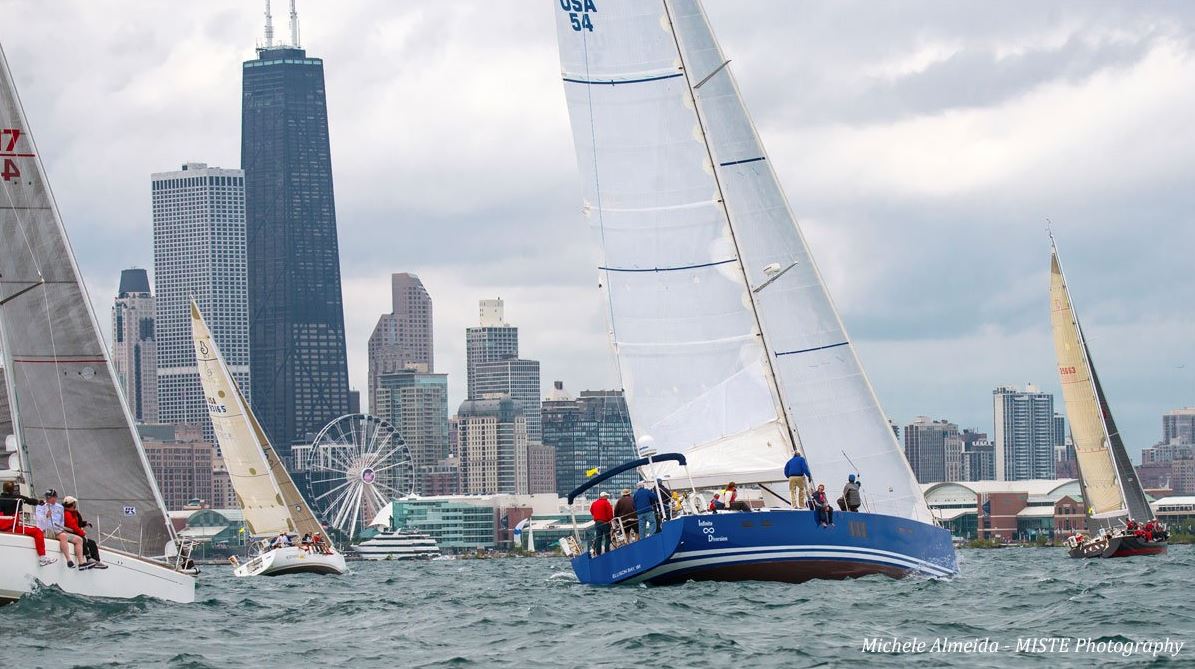 The crew of Meridian X raced in this year’s Chicago to Mackinac Race. The wind forecast was for a cold front to come through in the middle of the first night with a fairly sudden shift from SW to N.

We raced under spinnaker on the lifting starboard tack from the start and then gybed to the heading port tack. This brought us to our target position in the middle of Lake Michigan and about 100 nm up from the start. The wind direction was 220 at about 15 kts. There was one thunderstorm to the west that did not seem to be moving. The front was still to the NW and an hour or so away.

At about 23:30, the wind began to build rapidly to 30 knots with no change in direction, and then very soon to 40 knots. I had gone off watch at 23:00. An all hands on deck call was made to get the staysail and A2 down. I scrambled on deck with my inflatable life jacket and harness on, but not buckled.

As I got back behind the wheels, I reached out for the port running back winch. Just before my hand made contact with the winch the helm was put over hard to starboard to go down with the ever increasing wind. I went over the side head first through the life lines above the winch. I was only able to grab a spinnaker sheet for a couple of seconds as the boat was going approximately 18 knots.

I had my inflatable life vest set up for manual operation because of all the unwanted auto inflates I had seen on deck in wet races. My first order of business was to pull the lanyard to inflate the vest. The water was really rough at this point and breathing was a challenge. The vest inflated properly which was a relief, but since I had not buckled the front fitting, I had to hold the lobes together with my arms to stay afloat.

I knew it would be a while before my teammates could return to look for me since they were travelling away so fast and would not be able to turn without dropping the chute. In fact, afterwards we estimated the boat ended up more than 1.5 miles from me.

With the wind blowing 40 knots, I was in survival mode and concentrating on remaining calm and trying to breathe without ingesting too much water. I retrieved my brand new safety light from the PFD and held it up. The crew saw it for a while but lost it in the distance. Right from the beginning the light did not want to stay on bright and steady. I kept banging the side of it to get it to come back on.

After a while the wind died down to the 12 to 14 knot range, but my light went out and no longer worked. I tried several times to get my harness buckled in front of me but could not do it with my life jacket inflated. At that point I inventoried my gear. Besides my failed light, I had a whistle, my AIS transmitter and my safety knife.

AIS was not mandatory for this race and we did not have it on Meridian X. My transmitter would have to be picked up by another boat or the USCG if someone with AIS was within a couple of miles of me. The thunderstorm to the west gave me a reference so I knew where north and Meridian X was.

The next 15 minutes were discouraging to say the least. I was floating in the middle of a pitch black, moonless Lake Michigan with no light at 12:15 AM, and with no boats in sight. After about 30 minutes I could see Meridian’s white mast light off in the distance, but clearly a long way from me.

The weather forecast was for big wind out of the north once the front showed up, and I was starting to get extremely cold. I blew my whistle every minute or so during this time. The next time I rotated to the north, instead of a distant light I saw a green glow of the masthead tricolor, and it was significantly closer.

I started whaling on the whistle. Occasionally water would get into it and the whistle would not work, but when I had clear blasts it was very loud and fortunately carried a long way. Meridian heard the whistle. Later they told me they would motor and then stop to get the boat quiet, listen, and go towards the sound again. We think this process took about 15 minutes, but it worked and I was found! 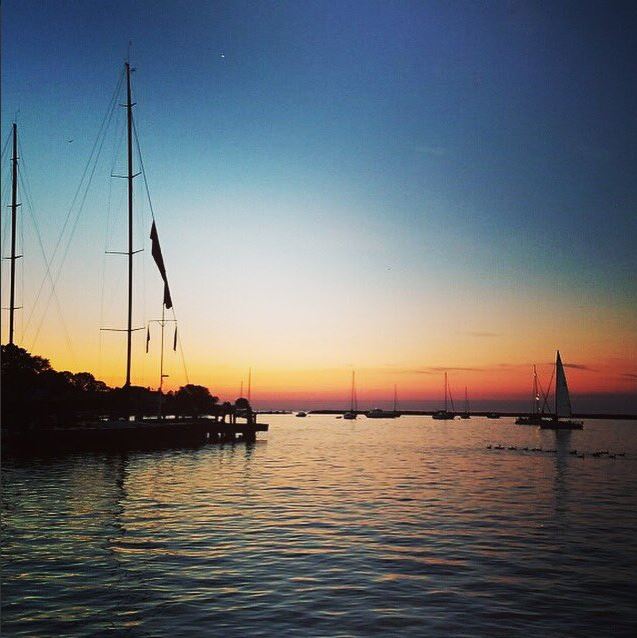 I was suffering from hypothermia when they dragged me aboard. I had been in the water for 1 hour and 6 minutes. The crew got my wet clothes off, wrapped me in blankets and fleece, gave me some hot water and eventually I stopped shivering.

We retired from the race and headed for Muskegon immediately after my retrieval, which was about 4 hours away. Once I was warm it was clear I did not need medical attention.

I consider myself a very lucky man, and I will forever be grateful to the crew and my good friends on Meridian X for being able to recover from the squall and get back to the same general area in which I was lost. It certainly was not an easy task.