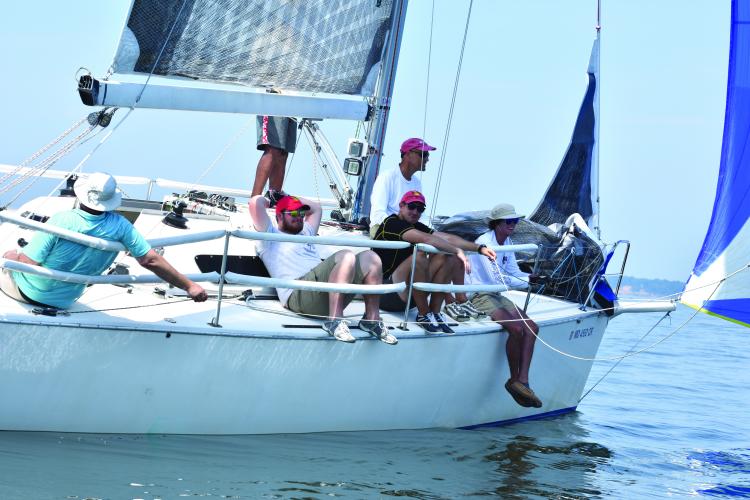 If you own a relatively standard monohull, the magic true wind angle is around 140 degrees in 10 knots of wind or less. In 10-14 the optimum angle quickly becomes broader, probably somewhere between 140 and 155 degrees true-wind angle. Once there are more than 14 knots of breeze, you should be sailing as deep as you can with control.

The only exception to the rule is if your boat has a very high horsepower-to weight ratio, in which case you may sail slightly tighter angles on average, and in 18-20 knots, it will actually pay to head back up into the low 140s. If your boat is light enough, it will begin to plane and surf in this much breeze. 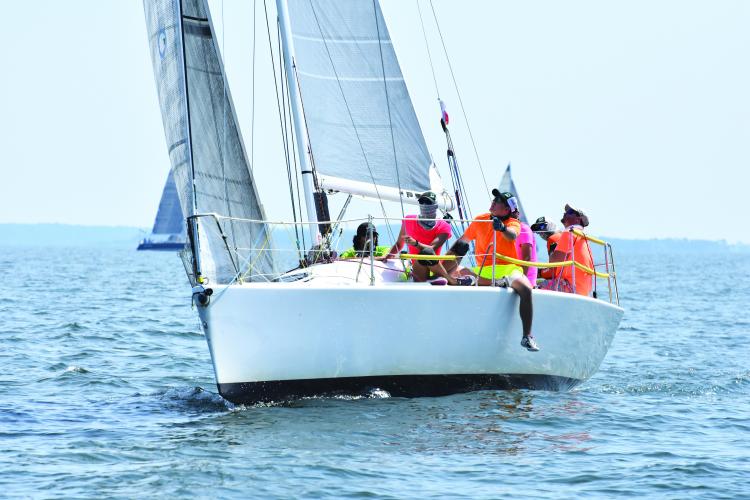 For cruising sailors
If you are a cruising sailor, you will struggle to sail broader angles especially in light air. There is just not enough apparent wind velocity to fill a heavy genoa or jib designed for upwind work unless you head up quite far (apparent wind on the beam). If you want to sail deeper in light air, add an asymmetrical spinnaker to your quiver.

In the middle range (10-14 knots) both apparent and true wind change quickly. In this area it pays to get back to basics and only rely on the pressure on the spinnaker sheet and helm as a guide. The game downwind is all about constant pressure. The more constant, the less overall pressure you will need to maintain speed.

Eventually, the pole will be able to be squared back and the boat sailed at broad angles without losing pressure. Usually, above 14 knots, it pays to concentrate on sailing as deep as control will allow. The boat is no longer going to sail much faster by heading up.

Working the waves
Most reasonably in-tune racing sailors are aware that in light to moderate conditions you can’t sail straight downwind and should head up until there is pressure in the spinnaker and pull on the sheet. They are aware that the optimum angle changes as a function of velocity and have figured out the best angles for various conditions; when it pays to heat up, when it pays to sail low. One subtle factor often not included in this equation is wave angle.

This seems particularly important in moderate conditions when there are waves, but not quite enough breeze for full-time surfing. What happens is this: On one gybe heating up in the lulls is no problem, but on the other, heading up for more pressure puts the boat more parallel to the waves. The boat rolls more, causing spinnaker instability. The helmsperson and the trimmer don’t like what they feel and head up further. The net result is a loss in Velocity Made Good (VMG) because you have to sail well above optimum angles to get the boat and the spinnaker to feel pressured up.

Bearing off and sailing a slightly lower angle puts the boat more in line with the waves. A steadier ride is a result. Remember, steady state, steady flow (pressure) is the key downwind. Lock in, and the waves will help. You might not exactly be “surfing” in the classic sense, but you will be getting small rides as the waves push the boat. These rides keep the speed up (and consequently the apparent wind velocity). Subtle steering (keep the range small) can make big gains to leeward if the combination of a small puff and a wave can be put together.

Recognition of the wave pattern’s effect on angles can be particularly critical when trying to hold a lane. It can keep one from heading up right into the weather boat’s bad air.

Remember, I am not suggesting low and slow, but a steadier ride and more constant pressure by riding with the waves instead of letting them roll the boat. It is really about using the waves to help maintain a steady platform and constant pressure.

It’s all about constant pressure
The game downwind is all about constant pressure. The more constant, the less overall pressure you will need to maintain speed. The trick is to avoid cycling between too much pressure and not enough, making all the right responses but overcorrecting, till the driver and trimmer are locked in a vicious game of chasing their tails. ~by David Flynn