No-Ice-Except-in-Your-Drink Bowl, the Other Gov Cup, and More Racing

Weekend “Off” for Some but Not All Bay Racers

It was a strange weekend for some of us who consider the 70-mile-long St. Mary’s Governor’s Cup Yacht Race to be the real beginning of August. When St. Mary’s College made the call to cancel the popular overnight race last weekend, a few hundred sailors whose weekend plans suddenly fell through had to find something else to do. 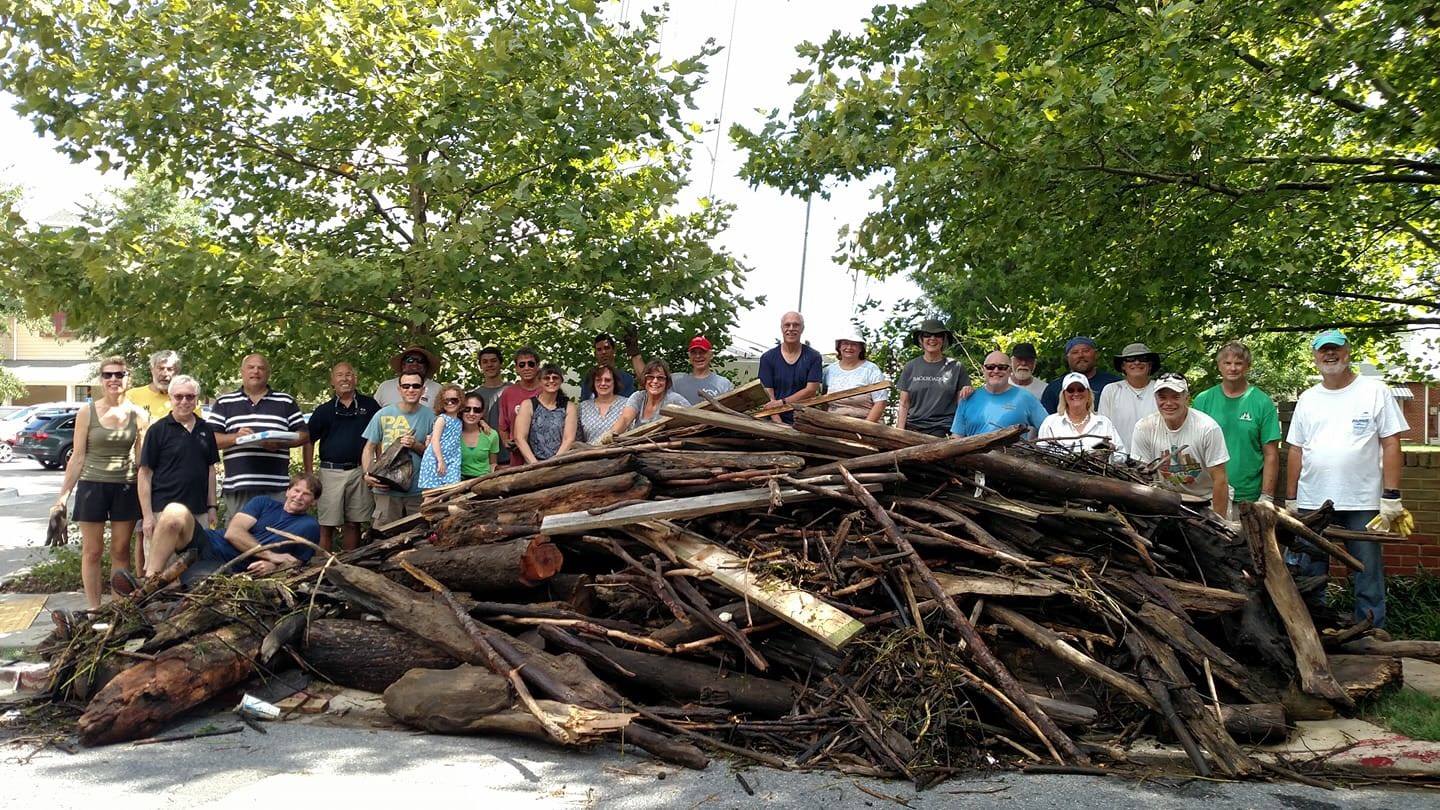 Surely some unusually lush grass was mown and weeds pulled in Chesapeake country, but it’s also worth noting that a LOT of sailors heeded the call to help in local debris cleanups at yacht clubs and elsewhere. Thank you to anyone who jumped in and got dirty to clean up a beach on the Bay!! For those who did get out and do some racing, here's your racing roundup for August 4-5 on the Chesapeake. 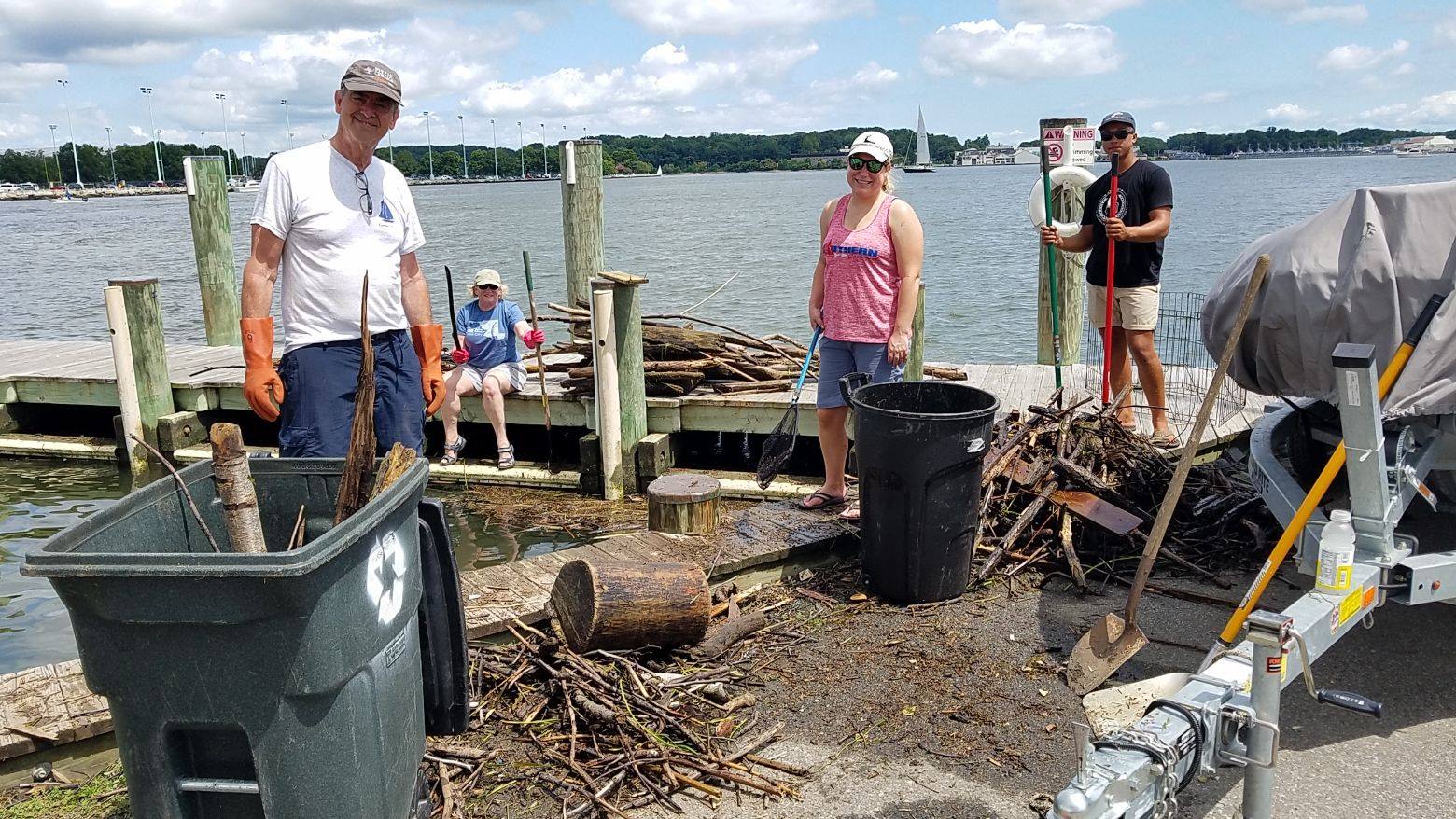 SSA was one of the clubs that enlisted volunteers to clean up the beach and dock areas—yet it also had time to host a lighthearted distance race up the Severn River for boats under 22 feet long. The No-Ice-Except-in-Your-Drink Bowl, so as not to confuse it with the 13-mile New Year’s Ice Bowl, was a Portsmouth handicap distance race, followed by a social at the club. 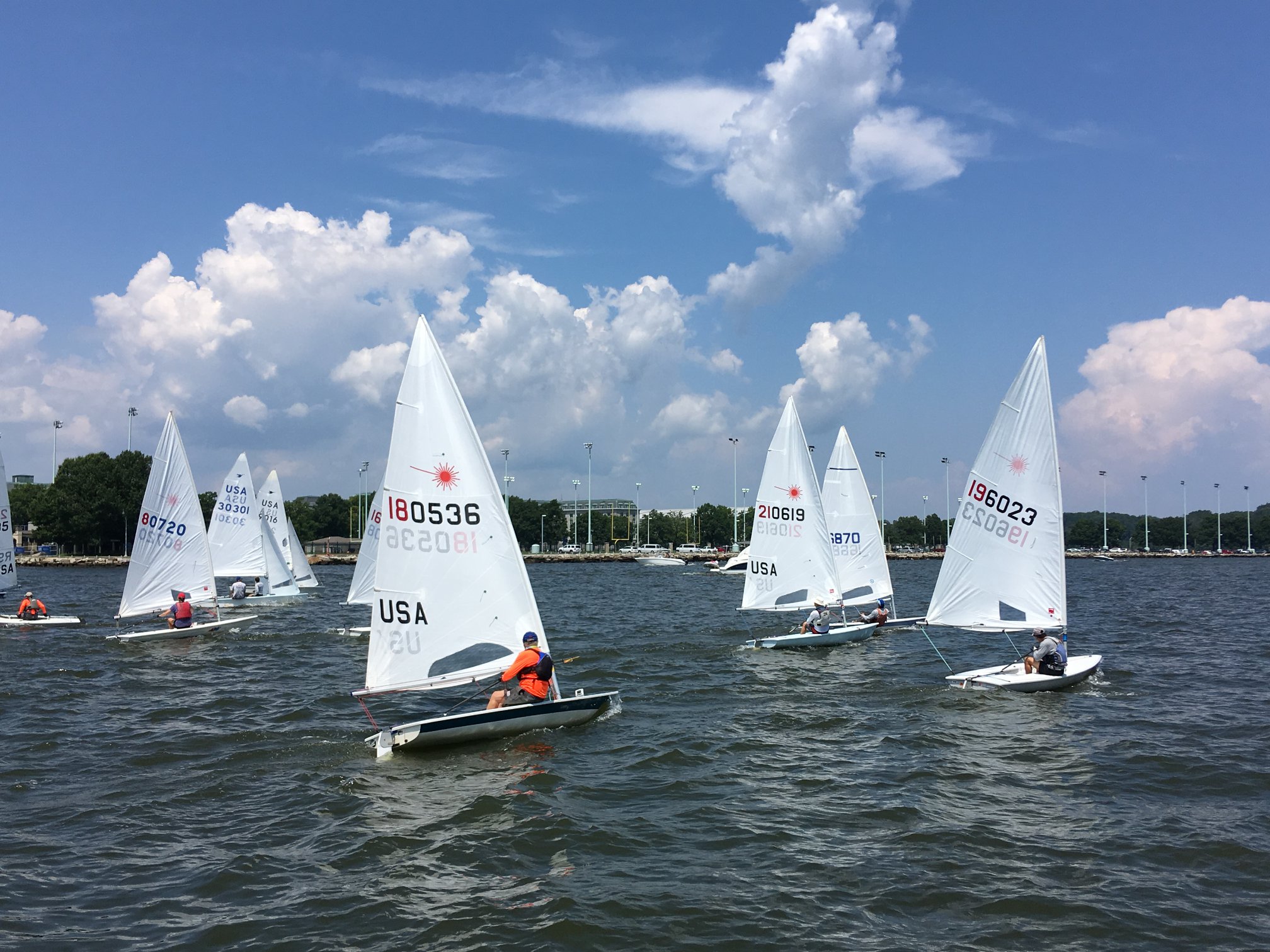 The race was run as a sort of pursuit race up the Severn River with some educated guesswork involved with setting the turning mark to head back to the club. The race committee took the “fun” part of the regatta very seriously and didn’t even keep score. By all reports, it was a great excuse to sail fast among friends old and new, and it was a blast! It seems that everyone won. A special shout out to Eric Johnson, who organized the event, tracked down Portsmouth handicaps, made the rules and ran the race. Thanks, Eric!

Speaking of SSA, the club hosted the Daysailer North Americans the last week in July. Twenty-five competing boats showed up for the event. We have a full report coming in the next issue of SpinSheet, but here’s a good article by Bill Wagner at the Capital to get you started. 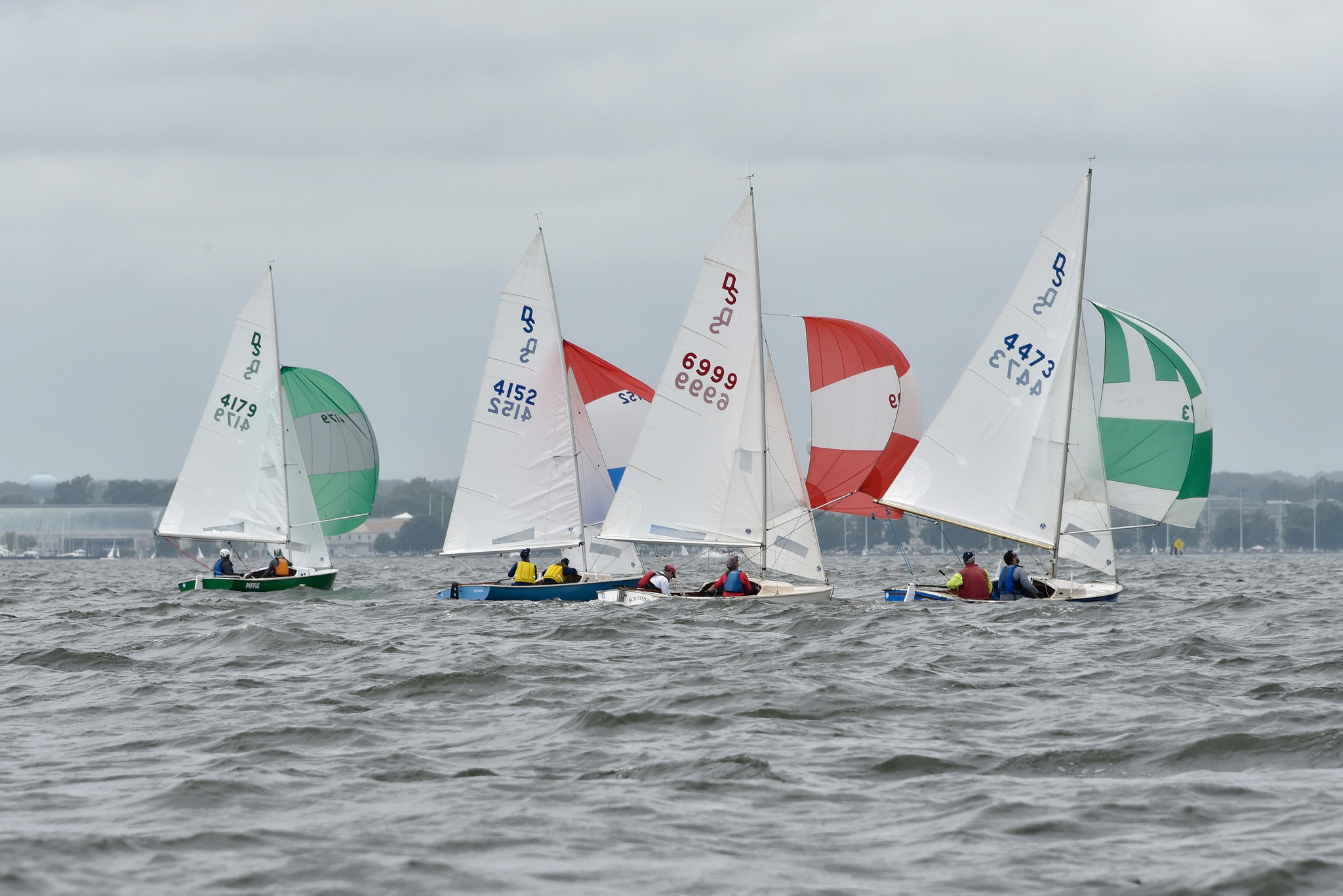 Comets at the Corsica River

The Other Governor’s Cup

The Ware River Yacht Club’s Virginia Governor’s Cup unfolded Saturday out of Gloucester, VA, over the weekend. Unlike the big-boat overnight race that was canceled in Maryland, this one in Virginia is for smaller boats: Optis, Albacores, Buccaneers, Hampton One-Designs, Wayfarers, 420s, Lasers, and Laser Radials. Seems that the small boats WON the racing scene in general over the weekend!