Observations on weather and Star sailing from World champs

Tuesday Bluesday... Another day with no racing on the Choptank River for the 2018 Star World Championship hosted by Tred Avon Yacht Club in Oxford. The morning presented with a little more breeze than Monday, so the committee boat eagerly docked out and called the fleet for a noon start. Once on the racecourse, though, the wind never properly settled, and after a two hours’ waiting under the unusually warm sun for the season, the PRO Bill Stump, sent everyone back ashore postponing the first race of the 2018 Star World Championship to (Wednesday). 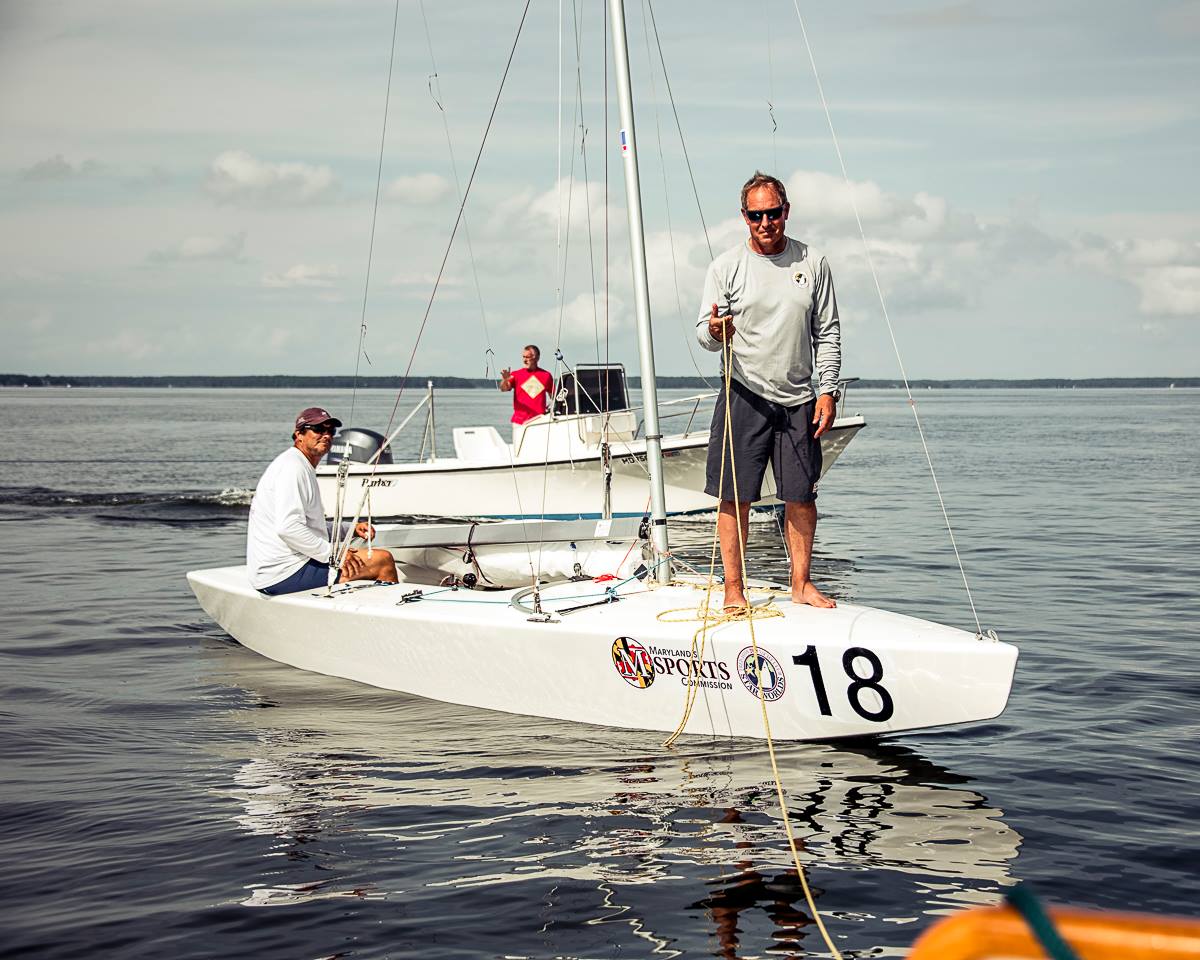 Local legend and 2013 Star World Champion John MacCausland is no stranger to the dynamic conditions on the Choptank River. Unfortunately the conditions did not live up to the forecast for today, MacCausland explains “I think there is some weather in the area that seems to be slow moving. It seemed that as the clouds began to rise and ‘burn off’ with the heat we thought that was going to be the end of the breeze and it was.”

Because MacCausland has raced on the Choptank for many years, he believes the forecast is more of a guideline. “We prepare each day by checking the weather forecast which might give you an idea what to look for and of course just try to go as fast as possible. There are telltale signs like breeze on the water and knowing how deep the water is on certain sides of the course and then using that as leverage throughout the race as the variables change.”

In addition to John, eight other Star World Champions are competing this week for the 2018 title. For over a century now, the depth of talent in the fleet is internationally recognized.

“More than anything the key to success in the Star is time in the boat and learning what it takes to make it go fast. With the controls on the mast and the backstays you learn how to shape sails. With it also a very physical boat being big and athletic is the next step,” said Trinter.

“Campaigning to work on boat development, sail development, and mast development is all part of it. It is a physical boat, and it’s a boat that requires both the skipper and the crew to know how to make it go fast; and it is honestly the baseline for me for learning how make all the other boats I sail go fast. So for me, coming back to the Star is always checking back in with the fundamentals. Sailing Stars is the best sailing.”

The only crew to rival Trinter with his accolades is Brazilian sailor Bruno Prada. With his 2 Olympic Medals, 4 International Star Class World Championship, and 4 Silver Star titles, Prada is the most winning crew in the 107 history of the International Star.

“I spent so much time trying to understand the boat and perfecting my crew work to get to this level. This is for sure the boat I like to sail most,” said Prada. “I first tried to find a good skipper to learn from because they know a lot about the boat. Then, I began sailing with many different skippers. My advice is to find a good skipper to teach you about the boat and to sail with different skippers to learn new perspectives and ideas.”

Prada, sailing with Augie Diaz (USA) this week, says racing Stars takes priority over all other boats. “I love the boat and sailing the boat. It is still very competitive especially because we have the Star Sailors League, and we were able to hold a lot of the top sailors in the Class after it was removed from the Olympics. I love sailing against the best.”

Wednesday, on Race Day 3 of the 2018 Star World Championship, the RC and competitors will make another attempt at racing. First warning for Race 1 will be at noon. Race 2 is scheduled to follow.

Local sailor Alan Campbell seems optimistic that racing will finally begin. “I think it will still be a bit light tomorrow, but the cloud cover should hold. We will see a gradient breeze throughout the day. I think it will be sailable conditions.”

The 62 teams and the local organizers will find some peace to their frustration tonight at the Gala dinner tonight at the Chesapeake Bay Maritime Museum in St. Michaels, where they will enjoy a proper taste of Maryland hospitality.