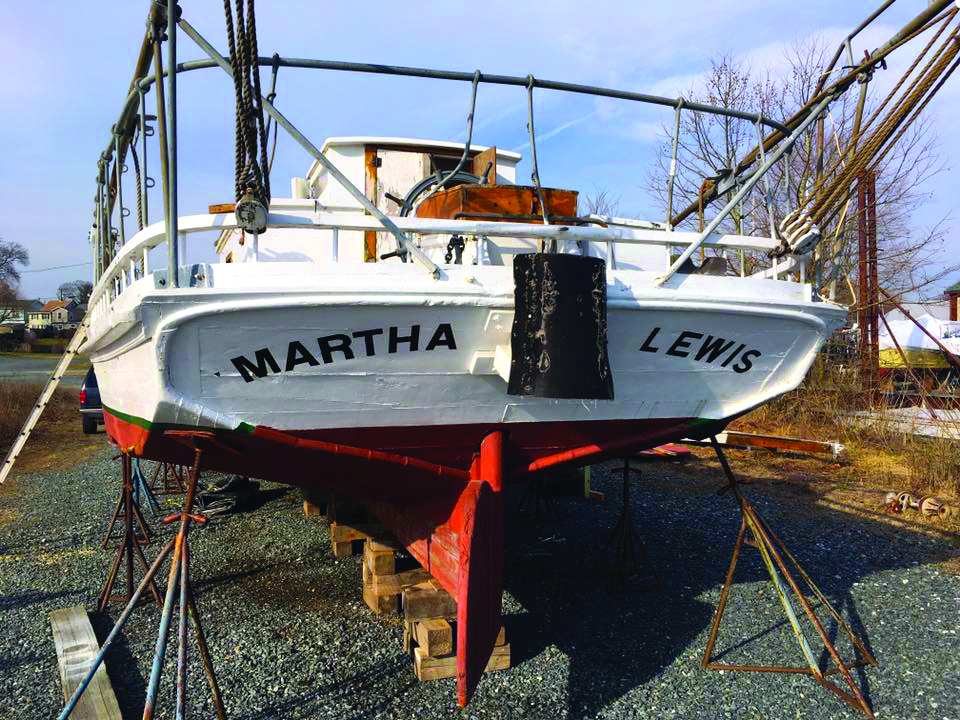 When shipwright Rafe Weber was a boy, he would sit along the banks of a creek, see a couple of logs floating by, and wonder what kind of cool boats he could build.

Years later, he found himself inspired by the Clearwater Movement started by folk sailor and singer Pete Seeger and his wife. They espoused environmental stewardship on the Hudson River, calling industry to task for pollution in a time before Earth Day was a thing.

After moving to the Havre de Grace area in the mid 1970s, he began to meld his passion and excitement for teaching, woodworking, sailing, history, and environmental activism by building small wooden boats as part of his local high school industrial arts classes.

Before long, he was moving on up to working on larger projects, many of which can be seen plying the waters of the Chesapeake Bay to this day. Ships such as the USS Constitution in Baltimore, Kalmar Nyckel in Wilmington, DE, and Sultana in Chestertown, MD, all have born witness to Rafe’s hard work and sweat equity.

Nowadays, you can find him sweating underneath the hull of another of the Chesapeake’s maritime treasures, the Skipjack Martha Lewis, a wooden, sloop-rigged Chesapeake Bay deadrise and member of the authentic sailing oyster fleet. She was built back in 1955 at the Bronza Parks boat works on the Eastern Shore. For almost 35 years, she along with her two sister ships, Rosie Parks (recently restored at the Chesapeake Bay Maritime Museum in St. Micheals) and Lady Katie (privately owned), were worked hard on the reefs out on the Southern Bay. 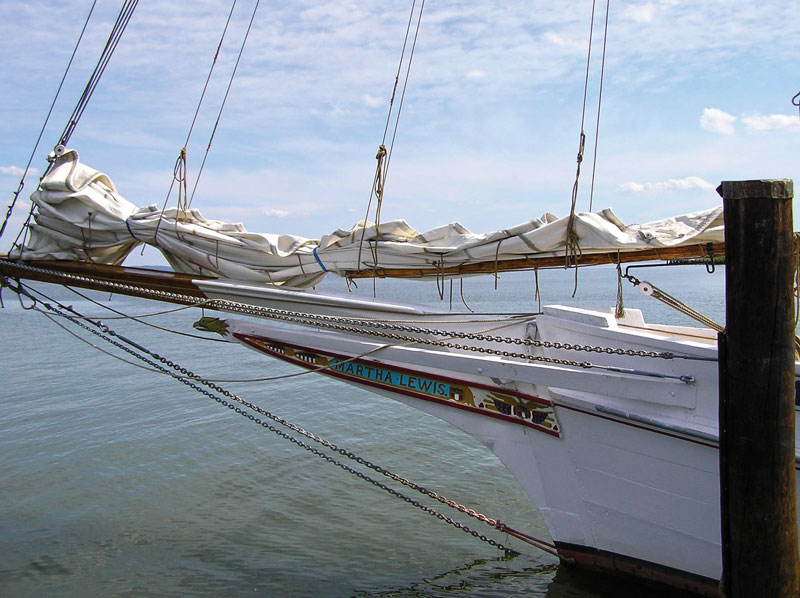 Since 1994 Martha Lewis has been owned and operated by the Chesapeake Heritage Conservancy, who sponsored a major refit and began running educational and recreational cruises out of her berth at Hutchins Park in Havre de Grace. A few times a year, many of the skipjacks still in operation gathered together and raced, with Martha taking her fair share of trophies. In the winter months, she resumed her place among the oyster fleet, working a modified waterman’s day with volunteers and paying crew on the knolls outside the Patapsco River down Baltimore way.

All that came to a screeching halt at the end of the season in 2013. During routine maintenance, some issues with her wooden structure and planking were identified. Upon further inspection, more extensive rot was found. Over the next year, repairs were performed. Unfortunately, when relaunched, she would not “take up” and had to be hauled out indefinitely.

It took two years of intermittent work, obtaining new materials such as a mast, boom, and planking, along with fundraising and organizing before Martha found a new temporary home this year in a field along the lower reaches of the Susquehanna River.

This is where we found Rafe, along with a couple of dedicated workers, volunteers, and Conservancy board president Brady Stroh on a hot afternoon in early July. Seventy-five percent of Martha’s bottom had been replaced and was being skillfully caulked by Rafe and Co. The bottom had been painted once and was about a week away from being sprayed down in preparation for being splashed once again. Hopefully, after some other minor repairs, she will be ready to go.

Assuming all goes well, Martha will be loaded up with her new Eastern Shore Loblolly Pine mast and boom and her oystering accouterment, will be attached to her newly refurbished push boat, and will make way for her home berth just downriver. There, volunteers will rig, spruce up, and fit her out for work.

When all is in order and the U.S. Coast Guard has done all final inspections, she will be ready to take up where she left off as a functioning workboat and piece of living history on the Chesapeake Bay. Her grand relaunching is scheduled for April 2017.

For that to happen, Rafe and Co. will have to work many more sweaty afternoons, and Stroh will have to continue to drum up support from the community. They need lots of energetic volunteers willing to work hard and benefactors willing to donate time and money for fundraising efforts.

Once Martha is back to fighting strength, she can fend for herself, but until then, she needs the continued support from all of you Citizens of the Bay. To learn how you can help and also to hear the podcast about this boat, click here.