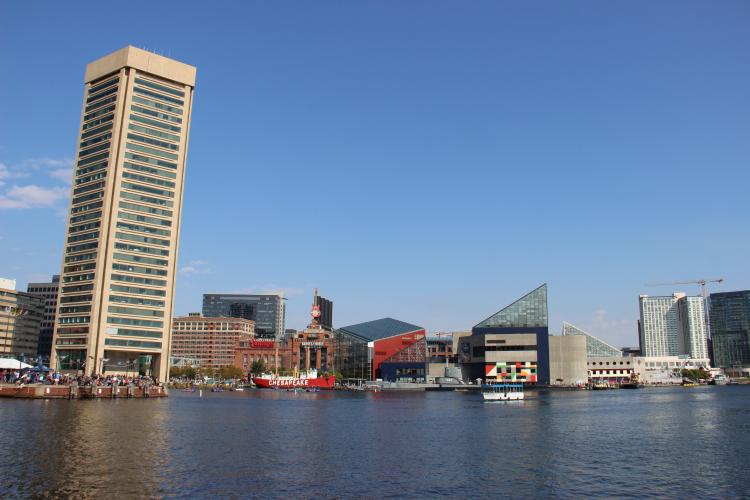 The Baltimore Boat Show heads to Charm City January 24-27 where more than 300 boats of almost every shape and size (and for every budget) fill the Baltimore Convention Center. Whether you’re coming to town for the show or simply looking for something new to explore in the city, the possibilities are endless.

One of the things that makes Baltimore so special is its many unique and diverse neighborhoods. We’ve highlighted just a few of our favorites along the waterfront.

Canton
At the heart of Canton is “the square” which is rimmed with restaurants, pubs, shops, and traditional Baltimore rowhomes. Along the waterfront you’ll find Canton Waterfront Park, between Boston Street and the Baltimore Harbor, which offers eight acres of harbor views. A popular concert series is held here each summer; there’s also a boat ramp, walking paths, and views of Fort McHenry across the water. Some of our favorite restaurants include Mama’s on the Half Shell, Nacho Mama’s, the Chasseur, the Annabel Lee Tavern, and Southern Provisions (try the fried chicken and waffle sandwich for brunch!).

Federal Hill
For the “best view in the city,” hike to the top of Federal Hill. Cannons atop the hill (now replicas) were instrumental in defending Baltimore against the British during the War of 1812. At the heart of Federal Hill is the historic Cross Street Market, which first opened in 1846 and is now undergoing a $7.3 million renovation. There are tons of great restaurants to choose from, but if you’ve got a hankering for pizza and beer, you can’t go wrong with Pub Dog (go for the barbeque chicken pizza). We also love the Abbey Burger Bistro (located in Fed Hill and Fells Point) and Ryleigh’s Oyster for a great raw bar. 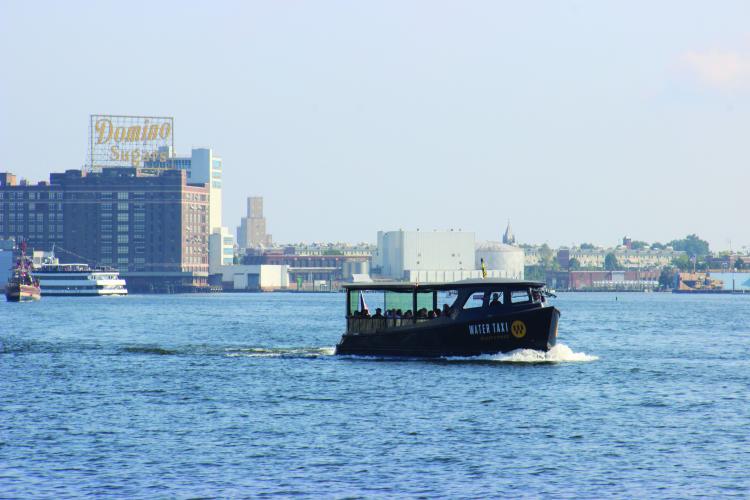 Fells Point
Fells Point is one of the oldest neighborhoods in Baltimore and has remained largely unchanged since its establishment in 1763. Walk the cobblestone streets along Broadway and Thames, which are paved with Belgian blocks, the original stone bricks brought over by trade ships from Europe. You might also notice numbers carved into the curbs to mark placements for outdoor market stalls generations ago. Fells Point is also the home of the historic Broadway Market, built in 1786. In 2017, the Sagamore Pendry Baltimore Hotel opened atop the restored historic Recreation Pier (built in 1914). For drinks and good food we enjoy Thames Street Oyster House, Black Olive, Barcocina, Rye, Max’s Taphouse, and the Wharf Rat (one of only a few authentic period pubs remaining in the area). 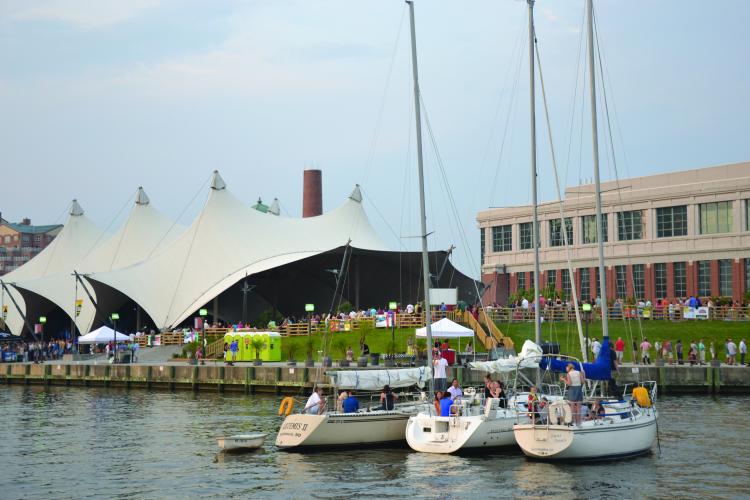 Inner Harbor
The centerpiece of downtown Baltimore is the world-famous Inner Harbor. Start your journey at the Baltimore Visitor Center, located along the waterfront promenade, to find everything you need to navigate the city. Along the waterfront you’ll also find the National Aquarium, the Maryland Science Center, Historic Ships of Baltimore’s floating museums (including the USS Constellation, submarine Torsk, USCGC Taney, Lightship 116 Chesapeake, and the Seven Foot Knoll Lighthouse), the Top of the World Observation Level, and the MECU Pavilion, which hosts outdoor waterside concerts during the summer. The USS Constellation is the last all-sail warship built by the U.S. Navy and the only Civil War-era vessel still afloat (open for daily tours). Popular restaurants include Rusty Scupper Restaurant & Bar, Pratt Street Ale House, Fogo de Chao, and McCormick & Schmick’s.

Druid Hill Park—a 745-acre urban oasis, located in the heart of Baltimore, and home to the Howard Peters Rawlings Conservatory and Botanic Gardens, and the
Maryland Zoo.
Hampden—welcome to Bawlmer, hon! The hon spirit is alive and well in Hampden, with fun and quirky seasonal events like Honfest, toilet bowl races, and the annual Miracle on 34th Street, which features over-the-top holiday decorations during the month of December.

Little Italy—just a stone’s throw from Fells Point and home to some truly delicious restaurants that have been family-owned for generations.
Stroll the charming streets, take in a cultural festival, or play bocce ball with the locals.

Mount Vernon—a national landmark historic and cultural district, Mount Vernon is home to the Washington Monument, the Walters Art Museum, the Peabody Institute of Johns Hopkins (the oldest conservatory in the United States), the Maryland Historical Society, and the George Peabody Library (hailed as one of the most beautiful libraries in the world).