George Pappas, SpinSheet Centurion: A first-time SpinSheet Century Club member in 2017 shared some of what he got out of his 122 days spent messing about in boats and some advice for those who might want to join the club. 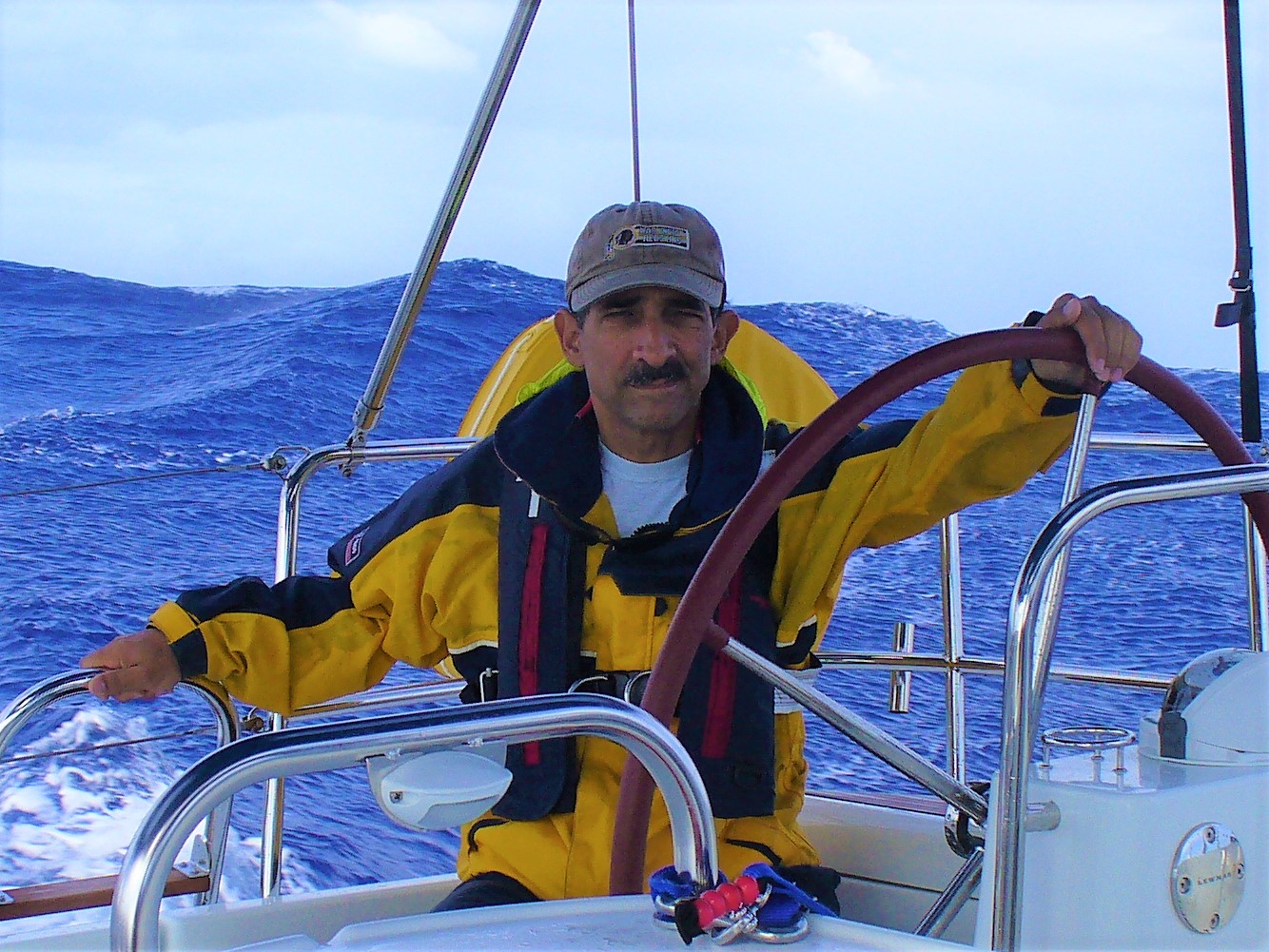 What compelled you to join SpinSheet’s Century Club?

Read about it in SpinSheet and thought it sounded pretty cool.

What was the breakdown by boat of your time spent on sailboats, powerboats, kayaks, or other crafts?

Do you have a full-time job? If so, how do you find the time to get out on the water so often?
I'm a retired IT consultant.  I work 3 days a week for Chesapeake Region Accessible Boating (CRAB) and three days a week for Watermark.

Do you have a few days that stand out as the most special ones on the water this season?

Every day is an adventure. One day we took a fellow with a spinal cord injury out on CRAB's sip 'n puff boat that allows the skipper to control the sails and rudder by blowing and sipping on two straws. When I asked how he liked it, the man, confined to a wheelchair since his twenties, said "I've never felt so independent!" That's why we do CRAB!

Did you experience anything extraordinary?
Any weekend in Annapolis Harbor!

Did you experience anything scary?
I was operating a powerboat up Spa Creek and saw what I thought was a piece of cardboard floating dead ahead in the channel. Just as I approached very slowly, a head popped up. What I thought was soggy cardboard was the hair of a woman paddleboarder swimming completely submerged. I almost ruined her day. Certainly ruined mine.

Favorite wildlife sightings?
Watching the osprey pair on the nest off President's Point (Spa Creek) raise four chicks over the course of last summer - from eggs to fledglings.

What did you learn by spending so many days out there?
Like the man said, there is nothing better than messing around in boats.

What would you say to someone considering joining the Century Club in 2018?
Just get on the damn boat and go sailing!