Here's the second in our three-part series on Offshore Sailing. 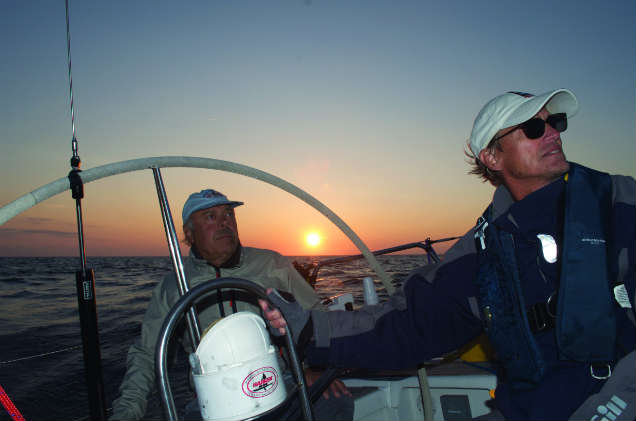 To improve the chances of a safe offshore passage, practice goes hand-in-hand with preparation. According to Captain Kip Louttit, USCG retired and executive director of the Marine Exchange of Southern California, starting with a good crew and a well-equipped vessel and then training the crew how to use the equipment and sail the vessel are keys to successful offshore sailing.

How might an offshore sailor think about practice? Crews should practice sailing, seamanship, cooking, and living aboard. When these are practiced repeatedly, crew members gain the confidence and ability needed to handle the unexpected (such as a sudden thunderstorm or squall), the unusual (such as an equipment failure), and the emergency (such as a fire, flood, or man overboard). 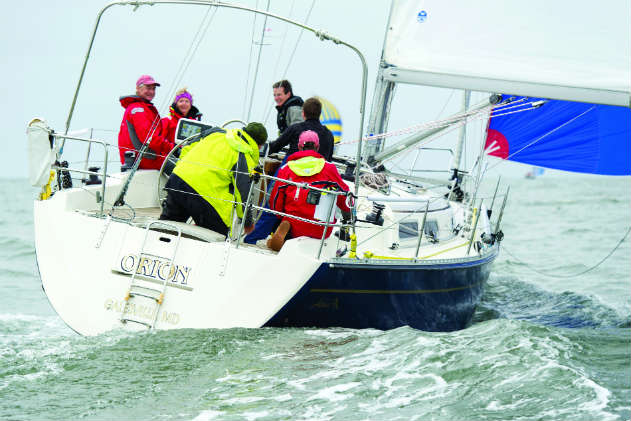 How to Practice Sailing and Seamanship
Developing skills needed for offshore sailing takes a lot of time and effort. The Offshore Sail Training Squadron at the U.S. Naval Academy undergoes weeks of intense training preparing for offshore passages. Renee Mehl, program director for the Offshore Sail Training Squadron, says the midshipmen practice lots of drills over and over. Training includes changing sails, reefing sails, and man overboard drills. At the end of training sessions, skills are assessed and recommendations made for improvement.

Louttit recommends that crews practice heavy weather seamanship in controlled conditions. This includes raising storm sails and heaving to. Crews should try out alternate methods of steering such as deploying and steering with a drogue.

Once the crew grows accustomed to honing skills in champagne sailing conditions, training should take place in more challenging weather. Practicing in chop and heavy wind, according to Mehl, lets crew see how the sailboat reacts differently. Additionally, crew should practice sailing on an overnight passage to get used to what it is like to sail in the dark and under a watch system. The goal of repeated practice is for crew to be able to change and reef sails quickly and safely day or night in light or heavy weather.

Teach Crew to Use the Systems on the Boat
Crew should be aware of what safety equipment is on board, how it works, and where it is stowed. Mehl advises that crew make sure that each piece of equipment actually works by inspecting or testing it. This is especially true of battery-operated devices or those with on/off switches. Every crew member should know how to operate the vessel’s VHF radio. Additionally, crew should know the location of thru-hulls on the boat and how to operate them. Posting a diagram of the location of thru-hulls and other safety equipment in a prominently visible place (such as by the nav desk) can aid in this process. 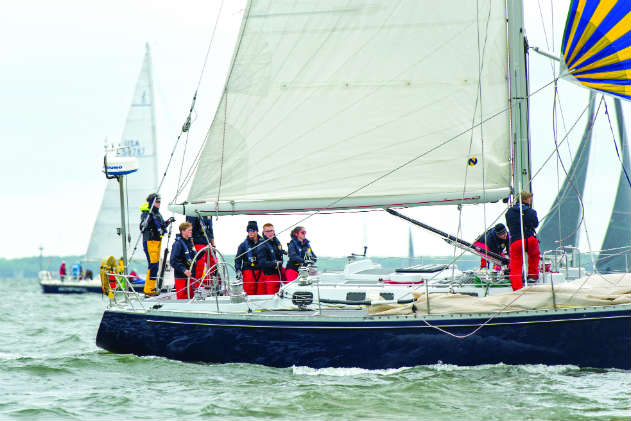 Pay Attention to Surroundings
Paying attention to the surroundings comprises what is happening both on and off the boat. Off-the-boat awareness means knowing a vessel’s position on the chart and relative to other vessels and situations outside the boat. Such awareness helps to prevent accidents such as groundings or collisions. It includes being aware of forecasted weather patterns and movements of clouds in the sky. Knowing tides and currents for an area can help the crew avoid dangerous passages such as coming into an inlet against a swift current near low tide.

On-the-boat awareness—knowing how a vessel looks when it is in ship-shape and running well—helps prevent equipment failures and injury. For example, a crew member familiar with a sailboat’s running rigging can recognize when things start to go wrong, such as when a line is fouled, a line is chafed, or a block is stressed. Awareness of what’s going on should also lead sailors to question: “Am I in the right place?” Standing or sitting in the bight of a line or directly in line with its direction of pull, for example, could be a deadly mistake should a block fail or a line part. Visual awareness of what’s happening on the boat can help crew secure the situation on board when a breakage or an emergency occurs, thus avoiding a cascading effect of multiple mishaps.

Try Living Aboard and Cooking Before Heading Offshore
Louttit advises that crews practice living aboard as part of their offshore training. This lets crew get used to sleeping, dressing, and maintaining personal hygiene while the boat is heeled and not getting off the boat for an extended period.
If not managed properly, cooking underway can become dangerous, such as a lurching, heeling boat turning boiling water, pouring coffee, or serving multiple crew members into a potential severe burn. Practice with gimballed stoves, pot restraints, and locking pot-lids definitely reigns in the tendency of hot food and drink to fly across the cabin.

Practice, Practice, Practice
Mehl and Louttit both agree: practice, and lots of it, prepares sailors for going offshore. Practice, Louttit says, results in good crews that know the equipment and the boat and can cover for each other. Mehl simply states that when preparing to sail offshore, “There is no substitute for time on the water.”
~by Tracy Leonard