Honest Eco Squid boat harnesses the power of the sun 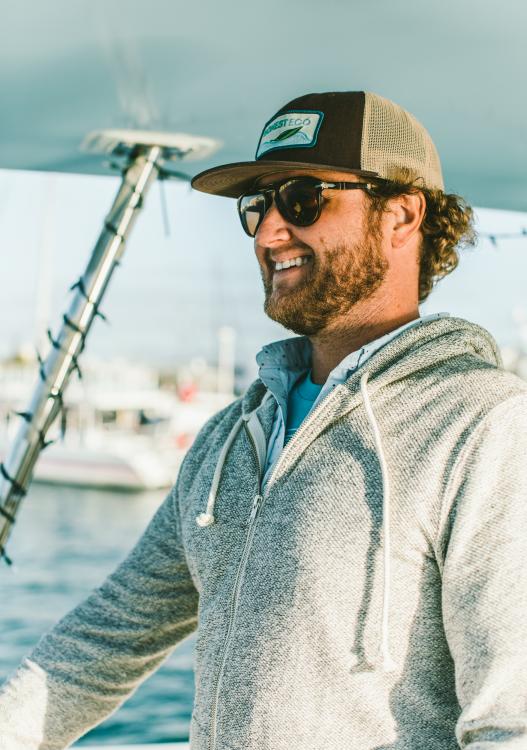 In creating his eco touring company, Billy invested in everything he needed to guarantee an unforgettable experience for his guests—knowledge, custom boats, and quality gear. Sunflare’s light, thin, flexible and rugged solar panels are a part of the quality gear that makes Honest Eco successful and sustainable.

His boat is called Squid, and Billy built it from the hulls up. He asked David Walworth, an MIT educated boat designer and builder, to design the perfect boat for the dolphin watching excursions. David suggested that the multihull boat would be a great platform for going electric. 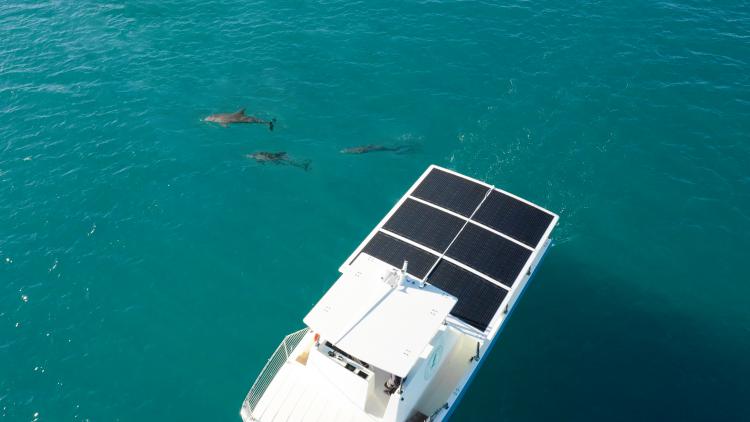 The combination of the Sunflare panels and the lithium batteries make electric propulsion possible—and accomplishes much more than usual the 12-volt battery that runs the lights and radio and other small onboard electrical needs.

Squid has two BMW i3 batteries. That’s about 1200 pounds of lithium ion battery. That meant the solar panels themselves had to be light. The12 custom-sized modules produce 2000 watts of power and weigh as little as 120 pounds combined. That's ¼ of the weight of traditional solar panels.

Squid is a one-of-a-kind vessel. It’s the first of its kind plug-in, lithium ion battery-powered, hybrid charter boat with purely electric motors. Electricity is stored in the batteries, which can be recharged from shore power, the Sunflare panels, or when the dolphins are hard to find, a top EPA tier diesel range extender generator. 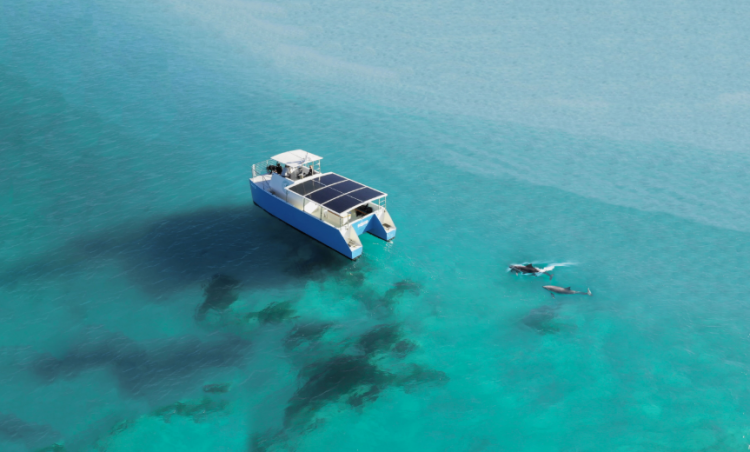 When the dolphins are easy to find the boat will often not require any use of the generator on the second trip of the day, running purely on battery and solar.

The design of the new boat and integration of Sunflare panels mean that on the longest days on the water, the boat burns a mere 3 gallons of diesel fuel per trip compared to 14 gallons per trip. Since the Squid can carry just over twice the passenger load of the old boat, the per person fossil fuel consumption drops from 2.3 gallons per guest to 1/4 gallon per guest.

It’s also one of the first near-coastal hybrid catamarans to make it through the challenging United States Coast Guard certification process.

Billy said, “there was not much precedent for getting this boat certified.  There was no rule book.” He said on a few occasions they’d work for weeks on the boat just to have the Coast Guard ask him to rebuild what they’d thought they had finished.

Honest Eco operates in a wildlife refuge that was set up over 100 years ago. Its mission is to use amazing wildlife experiences to help foster conservation and inspire others to make decisions that center around the good of the environment.

One reason Honest Eco picked Sunflare to power Squid is that the two companies have similar missions. The Sunflare team is in awe of nature—humbled by it—and reducing the carbon footprint is the reason that the team is happy to go to work every day.

And the Sunflare modules go a long way in making a difference. Not only do they produce clean energy like all solar, they also have the smallest carbon footprint from manufacturing onwards. Based on the heat generated in manufacturing, Sunflare’s footprint is 80% less than traditional solar. And that doesn’t even count the fuel saved in transporting the lighter panels. Sunflare is the cleanest of the clean energies.

The other aspect that keeps Billy and his family happy is that “every day is different with the dolphins.” He says, “They are playful, intelligent and athletic.” On one trip Billy saw dolphins actually co-operate to cross a flat.

He said, “I watched as about 15 of them lined up in a row and took off together to create a wave.  They basically surfed over the flat together.”

That’s the type of cooperation the Sunflare team hopes will inspire others to take climate change seriously and create a wave of responsibility for our world. It starts with people like Billy Litmer and Honest Eco.