When two non-sailors planned their wedding aboard a special sailboat...

The year was 2013 and Tom and Christine had recently become engaged, blending their two families, and were looking for a unique wedding experience for themselves and their six children. Christine suggested that they get married aboard the Skipjack Martha Lewis. A painting of the boat hung over Tom’s fireplace, as the boat’s namesake was Tom’s great, great grandmother. Although he had never been on a sailboat, his family included several generations of Chesapeake Bay watermen, and the boat had been owned by his family for two generations before it was sold to the Chesapeake Heritage Conservancy. 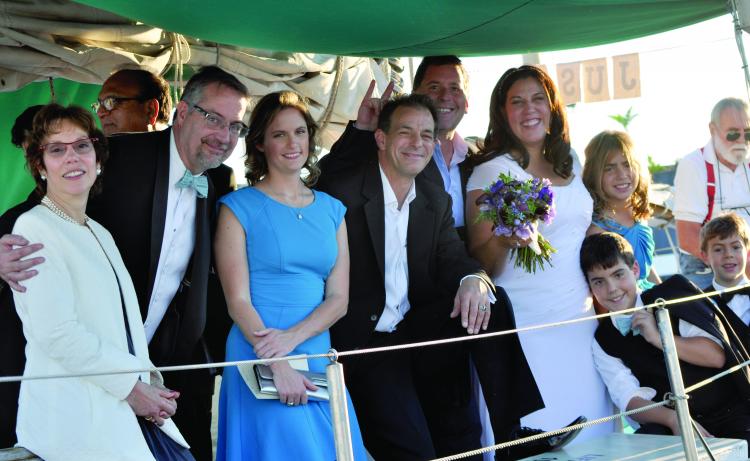 The couple contacted the Chesapeake Heritage Conservancy and learned that the boat was in dry dock for restoration, but the project schedule projected that she would be ready to sail by the wedding date in September of 2014. Everyone was looking forward to the PR event of a Martha Lewis descendent being married onboard.

Meanwhile, Tom’s son Alex signed up for a weeklong Boy Scouting High Adventure trip sailing on a 52-foot ketch in the Bahamas the summer of 2014. Tom eagerly volunteered to be a Scout Leader on that trip. When Tom got home, he told Christine that he really enjoyed the experience. Although Christine’s only experience sailing had been on a Sunfish at summer camp, they soon realized that they were both interested in doing more sailing.
Just weeks before the wedding date, Tom and Christine learned the unfortunate news that the Martha Lewis would not be ready in time. Quick action on their part enabled them to find another sailboat for the ceremony, and the wedding occurred as scheduled, just not onboard the Martha Lewis.

Whizzing through the ASA program 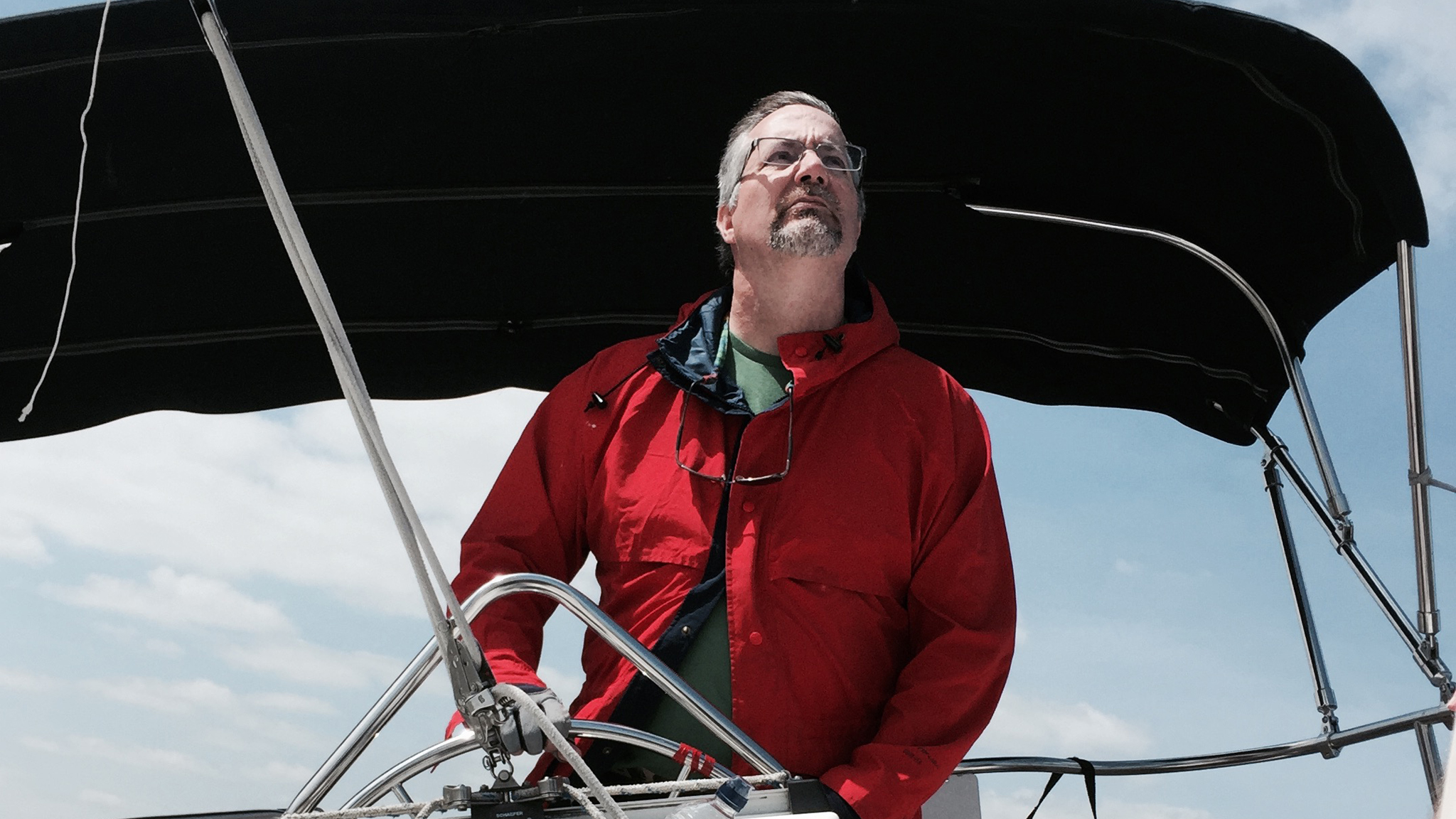 A few months later, for Christmas, Tom gave Christine private sailing lessons for the two of them in the Florida Keys, where they completed the American Sailing Association (ASA) 101 certification. They quickly realized that they could not keep traveling to Florida for sailing lessons. However, they met the owners of BaySail Sailing School and Charter, Todd and Tammy Hess, in Havre de Grace, MD, and started taking sailing lessons locally.

The couple quickly advanced through the ASA program, earning their 103/104/105/114/118 certifications. Near the end of their training, one of the instructors introduced them to the SailTime Program. His “pitch” was that if they didn’t sail often, they would lose the proficiency that they had just spent a lot of time and money achieving. They agreed and signed up to be Lite Members on a 35-foot Gemini catamaran in the SailTime program. They began sailing often in the Chesapeake Bay and after a year, they moved up to a 38-foot Beneteau monohull.

The pair says that one of the benefits of SailTime is its SailTime Plus program, in which members can sail boats very inexpensively in other SailTime locations. They have taken advantage of that opportunity by sailing in Miami, San Diego, Philadelphia, and New York City. They have also chartered catamarans in the Chesapeake Bay and monohulls in the Bahamas. After five years of sailing in Havre de Grace, they followed Todd and Tammy to Annapolis and are now members in their SailTime Annapolis program. Last year they sailed on a 41-foot Jeanneau, and this year they have moved up to the newest boat in the fleet, a 37-foot Excess catamaran. They sail five to 10 times per month and spend no time maintaining a boat!

More weddings on the water?

Tom and Christine really want to share their love for the water and their wedding experience on a sailboat with others. Although Tom is an engineer and Christine is a real estate agent, they have other skills that they plan to use to make this desire a reality. Tom is also a lay minister and Christine has experience with event planning. Together they have created a new company called Weddings On the Water. Once Tom has enough time on the water, he plans to obtain his masters license so that they can offer others the opportunity to have a wedding on a sailboat in the Chesapeake Bay. They are really excited about this venture and can’t wait to get started. Tom jokes that if he ever owns a boat to hold weddings on, he will call it Holy Sheets!