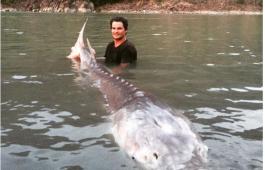 Is It Chessie or Pig Nose the Sturgeon?

Aug 31, 2016
Who's been looking for Chessie? Looks like his cousin has turned up in British Columbia!
Read more... 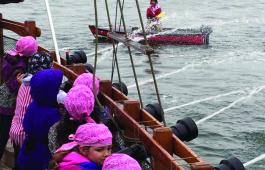 Aug 05, 2016
The several maritime museums along the Chesapeake Bay are one option for shore excursions, but there are plenty of others to take advantage of all over the Bay while still remaining...
Read more... 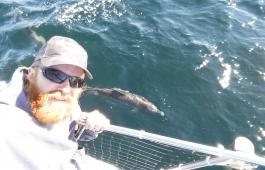 Jul 14, 2016
As cruisers, we know a few universal truths. Everything tastes better when eaten on a boat; very little is more rewarding than eating something you’ve caught or grown yourself; and it’...
Read more... 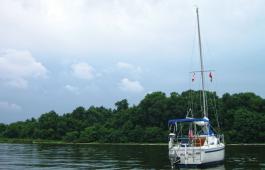 Jul 06, 2016
It isn’t often today that real adventure is encountered by chance. Too often it’s programmed and predictable, with little left to capriciousness or throwing caution to the wind.
Read more... 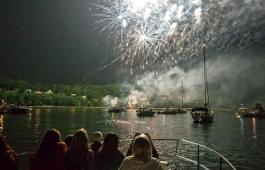 It's July Fourth: Let's Drop the Hook and Party

Jun 29, 2016
The Chesapeake Bay, with all of its quaint towns, is a great place to watch Fourth of July fireworks.
Read more... 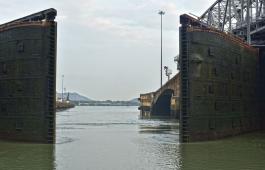 The Panama Canal on a Sailboat

Jun 23, 2016
Like a good pot of soup, this idea kept simmering and simmering until it finally boiled over into a not-often repeated adventure.
Read more... 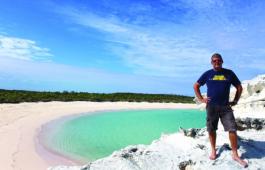 An Island Unto Ourselves

Jun 01, 2016
Earlier in the day, we had set out on Symbiosis from the cruisers’ mecca of GeorgeTown destined for Mayaguana in the far southern Bahamas.
Read more... 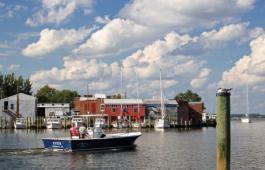 See the Bay: Cruising to Cambridge

May 13, 2016
You could easily spend a week on the lower Choptank River in a different spot each night and not come close to seeing everything.
Read more...